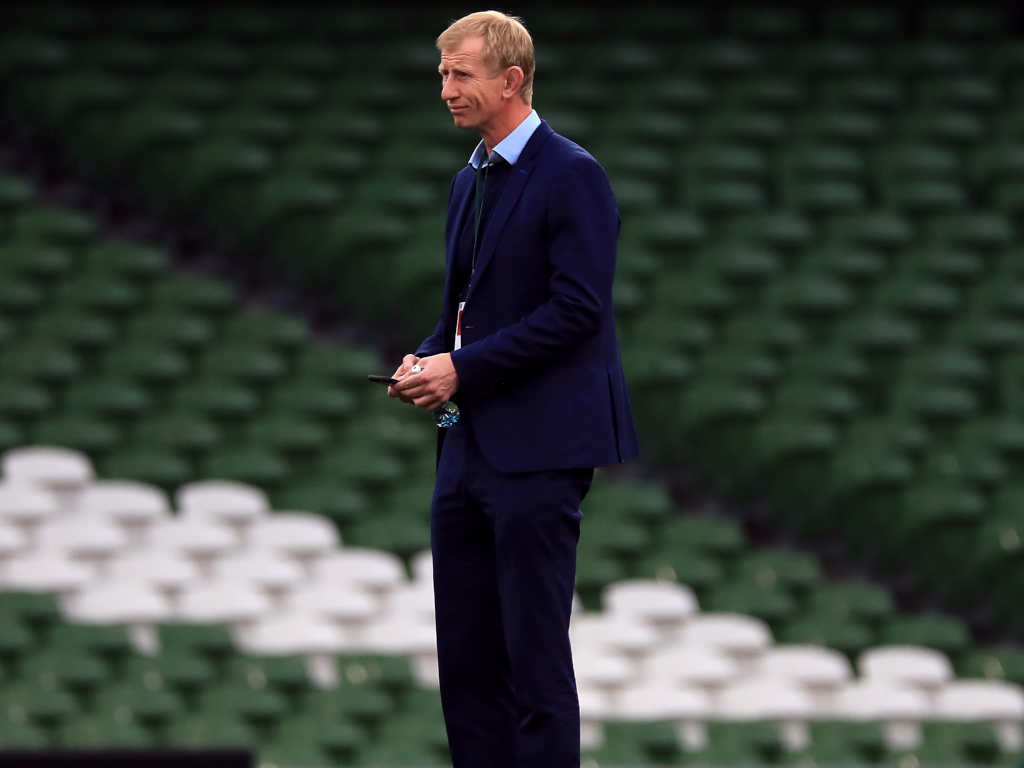 Leinster head coach Leo Cullen praised the strength-in-depth of his squad following their convincing 27-5 PRO14 final win over Ulster at the Aviva Stadium.

The Leinster management used a total of 53 players across their unbeaten 17-match PRO14 season.

This included the soon-to-be departing duo of Rob Kearney and Fergus McFadden, who were given the honour of lifting the trophy together as Leinster became the first ever team to win three successive PRO14 titles.

“I know some players have moved on to other teams and are obviously not with the club, but a big shout out to them,” said Cullen afterwards.

“The contributions that they’ve made. The guys that are currently training with us have been exceptional really over the course of the year.

“If you think back to when the season started, which was during the middle of the World Cup. We were already down a good chunk of players at that stage.

“The World Cup season is notoriously tricky to manage. Huge credit to the wider squad, in terms of keeping the show on the road – winning those games during that period.”

The last team to beat Leinster was Saracens in last season’s Champions Cup final 16 months ago.

The two sides renew their rivalry in a crunch Dublin quarter-final next Saturday and Cullen knows the celebrations with be cut short with another massive game to prepare for.

“In terms of a plan for next week, we’ve already discussed it as coaches.

“We had a previous plan for Saracens and the personnel has changed over the course of five, six months, but we’ll put a plan together.

“But at the moment it’s about enjoying each other’s company in the dressing room.”

Meanwhile, despite being bitterly disappointed with the result, Ulster boss Dan McFarland was proud of his charges as they had reached their first PRO14 final since 2013 and will undoubtedly give it their all away to Toulouse in Europe’s last eight next week.

“Everything has got to be put into the context of the opposition you’re playing against,” he said.

“It is really disappointing, but the more I sit here, the more proud I am of the people that I work with and the amount of effort that they put in.

“The disappointment comes from the realisation this evening that we’re a fair bit away from where we wanted to be and the goals that we have.”