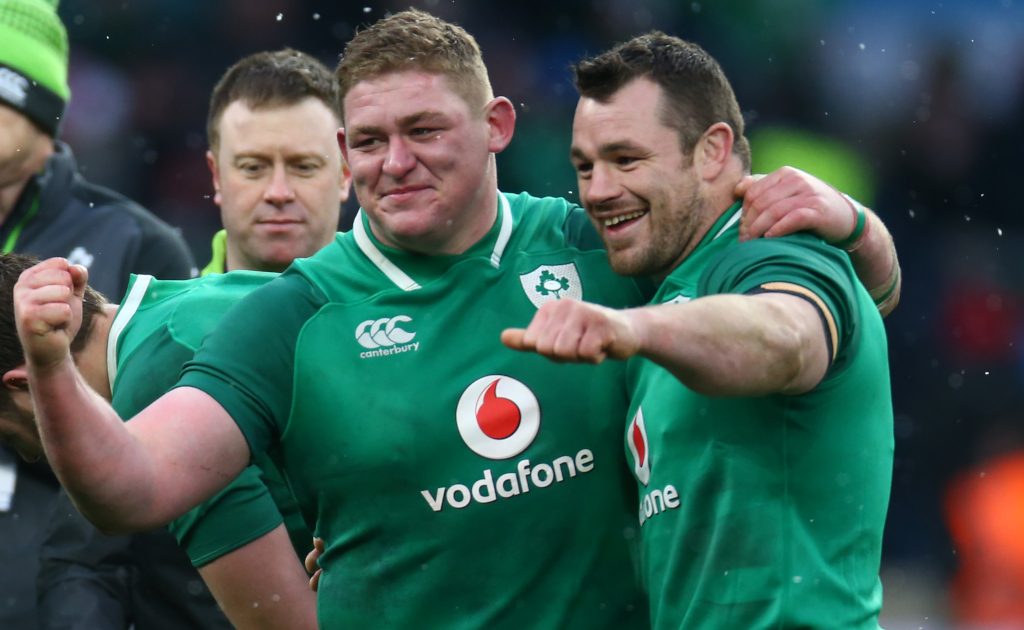 Ireland and Leinster prop Tadhg Furlong admitted that he was surprised by Cian Healy’s move from loosehead.

After winning 109 caps for his country, the 34-year-old has switched onto the tighthead this season and has impressed for the Irish province.

Although he featured at loosehead in Leinster’s previous two matches, Healy has spent plenty of time on the other side in 2021/22.

It is a big ask, particularly at the prop’s age, to adapt to another position in the front-row, but he has very much taken it in his stride.

“When I heard he was going to tighthead, I was like, ‘Here, what’s going on?’” Furlong told reporters.

“I think I was still on the Lions tour, or maybe on holidays after I came back, and I was just checking on the Hudl account, where you can watch all the training footage remotely, and it just looked weird at the start, to be honest with you.

“He’s been a loosehead all his life, but he got up to speed, to be fair to him.

“He was winning scrum penalties when he came on to beat the band. I’m not sure, you’d have to ask him what he really felt about it.

“He’s been picking my brain a small bit, but he’s one of those people who, if they put their mind to it, they go gung-ho at it. I thought he did really well. He’s so strong, he can get into those dynamic positions.”

While Healy has moved to tighthead, fellow Ireland prop Andrew Porter has done the opposite, changing to the loosehead side, albeit the 25-year-old played that position at age-grade level.

It is intended to give the national team better options, as well as depth in the front-row, and Furlong says that Porter has picked it up well.

“It’s not easy at this level to switch over the way he does. Obviously, there’s a good breeding ground at Leinster to practise, and in training.