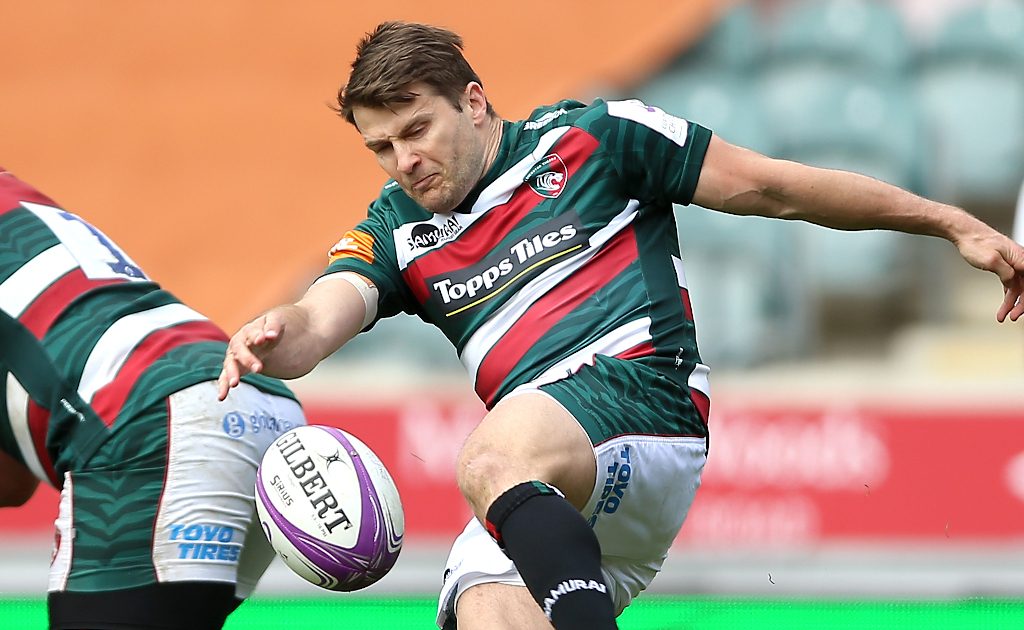 There’s three games on Saturday and one on Sunday as the Premiership action continues with its penultimate round of the regular-season.

Leicester boss Steve Borthwick has named his matchday squad to face Bristol Bears on Saturday in their final home game of the Premiership season.

Tom Youngs will captain the team at hooker in the front-row alongside props Ellis Genge and Dan Cole, with Harry Wells and Cameron Henderson in the second-row.

George Martin returns to the starting line-up at blindside flanker, with Hanro Liebenberg moving to number eight and Tommy Reffell at openside in the back-row.

Ben Youngs and Johnny McPhillips are the Leicester half-backs, while Matt Scott partners Matías Moroni in the Tigers midfield.

Freddie Steward is the full-back in a back three with wings Kini Murimurivalu and Harry Potter.

Julián Montoya is in line to make his return from injury after being included on the Tigers bench alongside James Whitcombe, Joe Heyes, Tomás Lavanini and Jasper Wiese as the replacement forwards.

Scrum-half Richard Wigglesworth is named as a backs replacement alongside Zack Henry and Nemani Nadolo and is in line to become the first player in the competition’s history to make 300 Premiership appearances.

Meanwhile, Bristol Bears come into this game knowing they can secure a home semi-final with victory at Welford Road.

Pat Lam makes seven changes for the Round 21 encounter, as Harry Randall returns for his first Premiership start since January.

Steven Luatua also returns to the line-up, while Bristol include Dan Thomas alongside the skipper in the back-row.

Siale Piutau comes into the midfield, with Piers O’Conor switching to the wing, while Henry Purdy is named in the back three.

Yann Thomas and Will Capon start in the front-row as Bristol look to bounce back from defeat last weekend versus Sale Sharks.

Newcastle Falcons welcome back a host of stars including Argentina centre Matias Orlando for Saturday’s Premiership visit of Worcester Warriors, setting out in pursuit of their third consecutive home victory.

Director of rugby Dean Richards has made a raft of changes from last week’s trip to Exeter, with the Falcons looking to build on recent home wins over Northampton Saints and London Irish.

Newcastle are set to play in front of a maximum of 2,500 supporters in their final home game of the season in a boost to their cause.

The pair will reach a century of appearances at the same time and will have the honour of running out together before kick-off to mark the joint landmark.

Kitchener’s appearances have been split by eight years with Leicester Tigers where he racked up 175 appearances.

Lewis joined Warriors from Ospreys in March 2015 and helped the club win the Championship title that year.

A shoulder injury forced Lewis to miss the entire 2015/16 campaign, when Warriors returned to the Premiership but he has since become a consistent and dependable performer for the club.

Kitchener is one of five changes to the side that played against Leicester Tigers last week but his younger brother Andrew has been ruled out having taken a blow to the throat in that match.

Captain Ted Hill moves from the blindside flank to partner Kitchener in the second-row with Tom Dodd coming into the back-row in Hill’s normal position.

Beck Cutting will start at hooker and make his first appearance in three months having recovered from an ankle injury which he sustained in training.

Scotland international fly-half Duncan Weir, who came off the bench last week, starts with Noah Heward named on the left wing for his first start of the season.

Heward made his comeback from a serious hamstring injury off the bench against Leicester and will start against Newcastle as Harri Doel suffered sore calves last week.

Doel has been named on the bench this week along with props Ethan Waller and Nick Schonert who have recovered from injuries.

Declan Kidney has confirmed his London Irish squad that will host Wasps in their final home game of the 2020/21 season.

In the front-row, props Will Goodrick-Clarke and Ollie Hoskins are joined by Argentina hooker Agustin Creevy.

An Australian international duo of Adam Coleman and Rob Simmons are named as the second-row partnership. Matt Rogerson is at openside flanker and Blair Cowan captains the side from blindside flanker. Albert Tuisue completes the pack from number eight.

Nic Groom and Paddy Jackson are the half-backs, and Terrence Hepetema links up with Curtis Rona in the centres.

Ollie Hassell-Collins and James Stokes are selected on the wings and Tom Parton is at full-back.

For Wasps, there are three changes to the starting line-up that played Northampton Saints last time out.

Marcus Watson starts his first game of the season on the wing, as he replaces the injured Zach Kibirige. Watson is joined in the back three by fellow winger Josh Bassett and full-back Charlie Atkinson.

The only other change to the backline sees Juan de Jongh come in for the injured Paolo Odogwu. Michael Le Bourgeois is inside him at 12, with Malakai Fekitoa still unavailable with a calf injury.

The second-row pairing of James Gaskell and Will Rowlands and the half-back partnership of Dan Robson and Jacob Umaga are also unchanged.

There are no changes amongst the replacements; Tom Cruse, Simon McIntyre, Jeff Toomaga-Allen, Tim Cardall, Sione Vailanu, Ben Vellacott, Jimmy Gopperth and Rob Miller are all named in reserve.

Director of rugby Chris Boyd has named his Northampton side to face Exeter Chiefs on Sunday, as Saints prepare to run out at Franklin’s Gardens for the final time this term.

After claiming a gritty win over Wasps last weekend, Boyd’s charges head into Round 21 in fifth place in the Premiership table, and will look to complete a season’s double over reigning champions Exeter in front of a sold-out crowd of almost 4,000 supporters.

The Kiwi coach has made just two changes to his starting line-up – with centre Rory Hutchinson overcoming the calf strain that saw him withdraw last time out to start on Sunday, while prop Ehren Painter shifts into the starting XV from last weekend’s bench.

Tommy Freeman, Ollie Sleightholme and Taqele Naiyaravoro form an unchanged back three for Saints, with Matt Proctor retaining his spot in the centres to partner the returning Hutchinson, while Tom James and Dan Biggar continue in the half-back berths for the second week running.

Club co-captain Alex Waller joins Sam Matavesi – who this week extended his stay in Northampton with a new contract – and Painter in the front-row, while David Ribbans and Api Ratuniyarawa remain in an unchanged engine room behind them.

Emmanuel Iyogun, Alex Moon and Alex Coles will all look to make an impact off Northampton’s bench, meanwhile Alex Mitchell returns to the side from injury for the first time since April to take his place amongst the replacements.

Meanwhile, Exeter director of rugby Rob Baxter has made a handful of changes to his side from last weekend.

In the pack, Ben Moon gets the nod at loosehead over Alec Hepburn, the towering frames of Jonny Gray and Jonny Hill form the engine room, while Sam Skinner and Jannes Kirsten move into the back-row, with Dave Ewers and Jacques Vermeulen nursing knocks from the Falcons clash.

Behind the scrum, Ian Whitten comes into the midfield in place of Ollie Devoto, whilst Stuart Hogg’s return at full-back means Facundo Cordero takes over on the right wing from Alex Cuthbert.