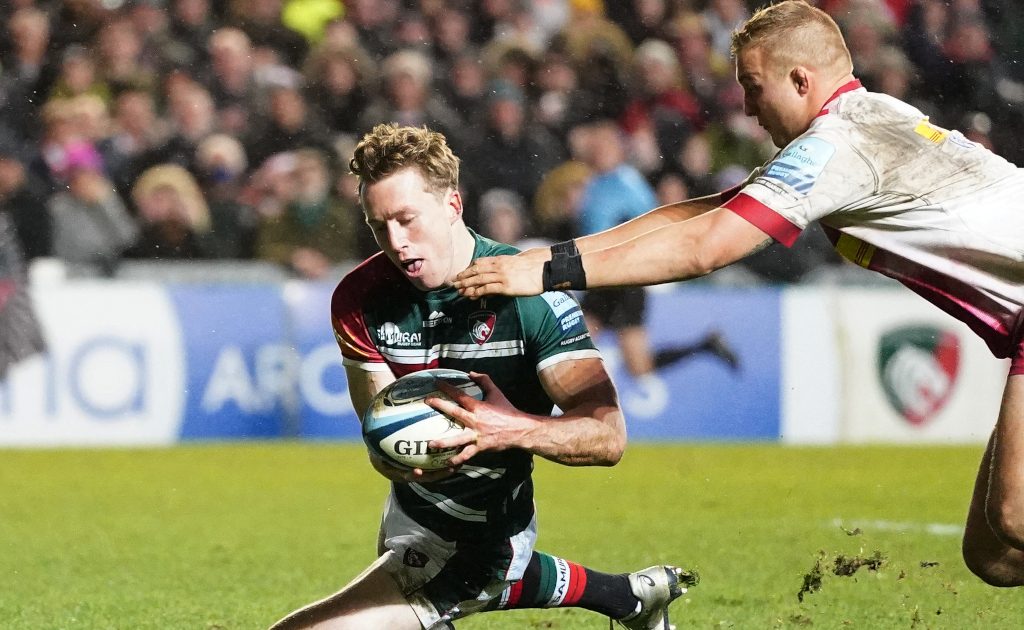 Leicester Tigers maintained their staggering start to the Premiership season after overcoming a stern challenge from defending champions Harlequins, claiming a 16-14 triumph at Welford Road.

George Ford’s duel with Marcus Smith was one of the interesting subplots in the game but it was the Tigers fly-half that had the better of the battle.

His three penalties to Smith’s two meant that the hosts went into the interval 9-6 ahead, while the Quins playmaker was also sin-binned for a cynical infringement.

With the current England 10 still off the field, Leicester scored their only try of the match through Harry Potter in the second period, but the visitors did not go away.

Smith returned to reduce the arrears with a three-pointer before his flat pass to Tyrone Green allowed Louis Lynagh to brilliantly score out wide. However, the pivot missed the conversion and the league leaders held on for another superb victory.

Leicester prop Dan Cole celebrated his 200th Premiership appearance before a sell-out crowd of 24,202 at Mattioli Woods Welford Road and his side were soon ahead when Ford knocked over a simple penalty.

Smith responded with one for Quins but Ben Youngs brought the home crowd to its feet with a superb 40-metre break which took him close to the try-line – but Tigers were unable to capitalise as Ford failed to find Hanro Liebenberg with his cross-field kick.

A second penalty from Smith put the visitors 6-3 in front at the end of the first quarter, which Leicester had largely controlled, but they could not take advantage of some powerful carries from Ellis Genge and Nemani Nadolo.

Youngs was the star of the opening exchanges as he made another sizzling break to leave Alex Dombrandt in his wake, but desperate defence from Quins kept the scrum-half out.

Leicester turned down a couple of kickable penalties and were narrowly denied when Freddie Steward was forced into touch inches short by the combined efforts of Tyrone Green and Cadan Murley.

Ford brought the scores level with his second success before Smith was yellow-carded for knocking the ball from Youngs’ hands, with Ford kicking the resulting penalty.

Leicester number eight Jasper Wiese then followed Smith to the sin-bin for a no-arms tackle and the visitors should have made then pay but Huw Jones, on his first Premiership start, inexplicably went for glory when there was a clear overlap outside him. A golden opportunity was lost so Tigers held on for a 9-6 interval lead.

Three minutes after the restart, Tigers scored the first try when Ford and Youngs neatly combined before Potter collected the scrum-half’s kick ahead to score.

Smith and Wiese both returned from the bin before Smith kept Quins in contention with his third penalty.

The outstanding Youngs was replaced by Richard Wigglesworth with 25 minutes remaining and it was in time to see Lynagh score a splendid solo try by skilfully kicking ahead and winning the race to touch down. Smith’s touchline conversion crucially went wide so Leicester held a two-point advantage going into the final 15 minutes.

Ford was then presented with his most difficult kick of the afternoon and, although he was off target from 45 metres on an angle, his side held on for a deserved victory.