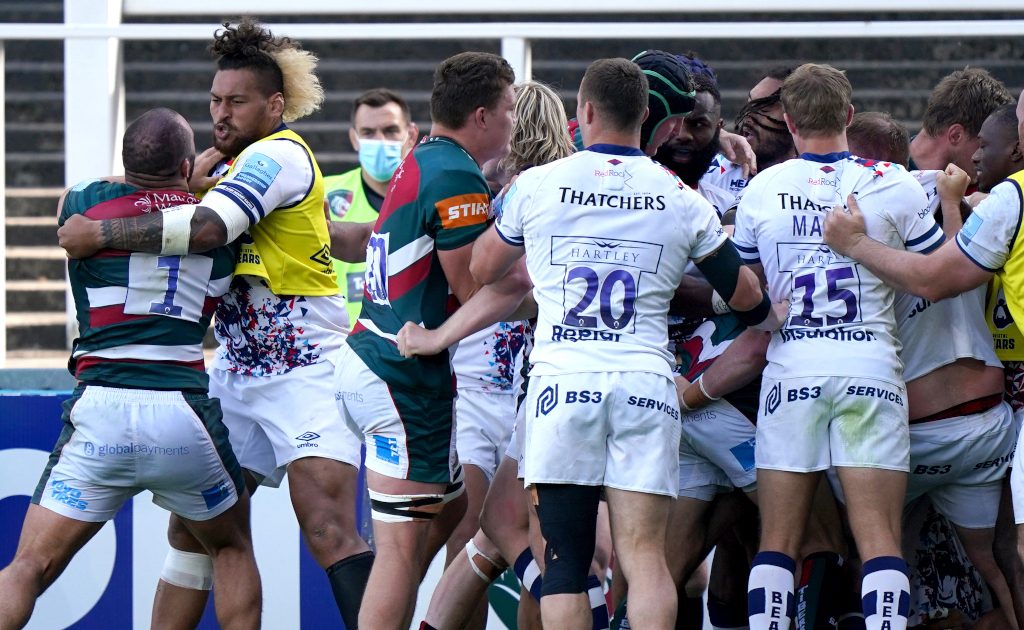 Players involved in the mass brawl that marred the end of Leicester’s Premiership defeat by Bristol on Saturday have avoided disciplinary action.

Tigers prop Ellis Genge and Bears number eight Nathan Hughes were involved in one flashpoint as tempers flared at the climax of a fractious Welford Road showdown.

The final whistle also saw Leicester’s Richard Wigglesworth and John Afoa of Bristol tussle around the left corner flag, resulting in players from both sides running in.

However, the citing officer has declined to trigger disciplinary proceedings due to no offences reaching the threshold of a red card.

The Rugby Football Union is still looking into the contentious ending that saw Tigers boss Steve Borthwick accuse opposite number Pat Lam of lying during a heated touchline disagreement.

The argument centred on whether Afoa, who had been substituted earlier, was fit to return to the field after fellow Bristol prop Nahuel Tetaz Chaparro picked up a late yellow card for repeated team infringements at the scrum.

Afoa’s half-time withdrawal had been recorded as tactical, but Lam claimed the player was injured and therefore unable to go back on.

Northampton’s lock David Ribbans will play no part in England’s summer series against the United States and Canada after receiving a three-week ban for a dangerous tackle.

Ribbans was sent off in the first half of Sunday’s defeat by Exeter and, after accepting the charge against him from the judicial officer, he was suspended until September 21.

With Northampton’s season ending this weekend, the ban carries over into the 2021/22 campaign, meaning he is unavailable to win his first cap in England’s July appointments.