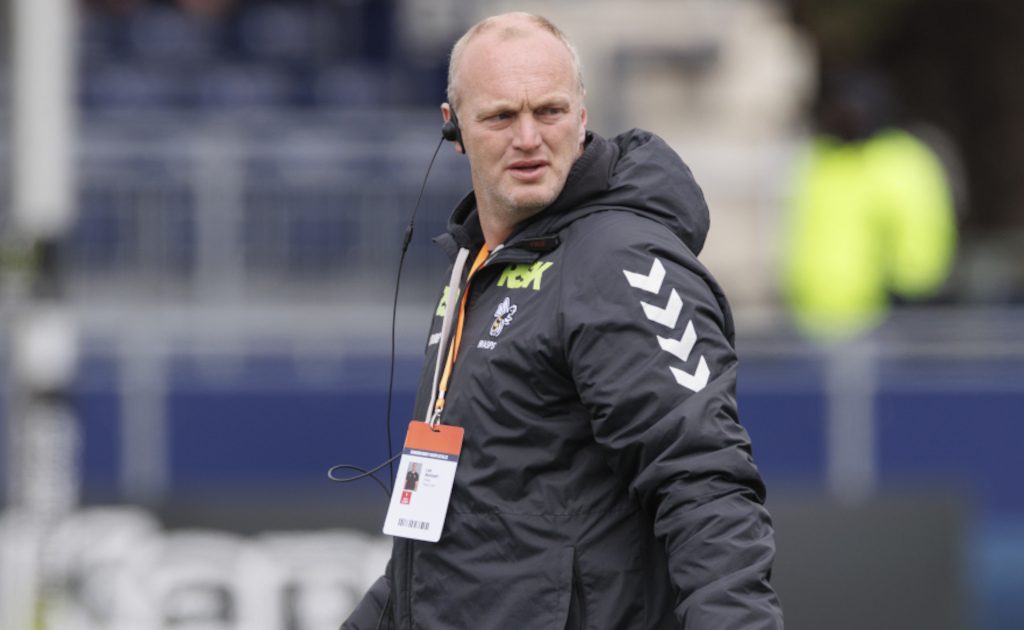 Wasps’ 20-18 loss to Lyon in the Challenge Cup semi-final came down to poor execution in the opposition 22, according to head coach Lee Blackett.

The five-point lead the visitors had at half-time was squandered, costing Wasps a chance to appear in their first European final since 2007.

Wasps now have six days to recover before they face Sale Sharks at home in the Premiership as they seek to confirm Champions Cup qualification.

Close but no cigar

“We are pretty gutted about it,” said Blackett.

“We feel as if we controlled large parts of the game, and it came down to key moments. What would have won the game for us was better conversion rates within their 22.

“I thought we controlled field position but did not take our opportunities. We also did not win the aerial game so that would be the two things.

“We put so much into it, controlled large parts of the game, and unfortunately, we’ve fallen on the wrong side of key moments. When the game breaks up they (Lyon) are up there with the very best sides in Europe.

“The players are pretty gutted. It’s going to be hard to get back up for next week, but we’ve got to make sure we don’t let this derail our season.”

Player of the match was former Saracens and England U20 lock Joel Kpoku, who is feeling hopeful ahead of the Challenge Cup final, whether it be versus his old club or Lyon‘s Top 14 rivals, Toulon.

“This is only the start and there’s much more to come from this group,” said the 22-year-old.

“We’ve been chasing this for a long time, and thankfully we were able to come out on top against a great Wasps side who really tested us from minute one to 80.

“I can’t wait until the final. It’s a great feeling.

“To finally be in a final is so surreal, but there’s one more game to come and hopefully we can get a win there as well.

“We knew what we needed to do, and it was about believing in ourselves, and keeping our discipline to stop them getting into the game.”

READ MORE: Challenge Cup: Lyon triumph over Wasps to book a place in the final