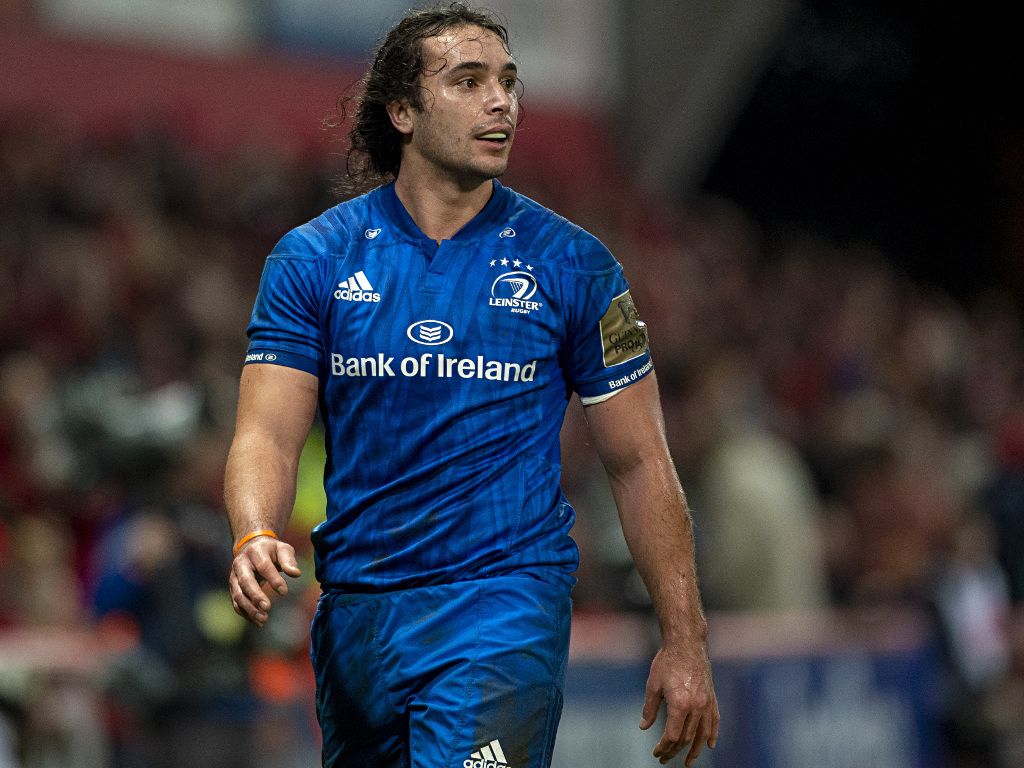 James Lowe and Barry Daly touched down late on as Leinster secured their 12th PRO14 win of the season after defeating a valiant Scarlets team 22-17 at the RDS Arena.

Wayne Pivac’s men controlled the early exchanges but they were unable to benefit from their possession and territory, and Rory O’Loughlin’s try, allied by the accurate boot of Ciaran Frawley, gave Leo Cullen’s side a 10-0 lead.

The Welsh region responded, though, and levelled matters in the third quarter via Kieran Hardy’s score and Dan Jones’ three-pointer, but Lowe and Daly crossed the whitewash to secure the win for the Irishmen, despite Hardy’s second effort.

Both teams were without their internationals due to the Six Nations and it initially showed. The intent was there but the execution was not as the opening half-hour remained scoreless following an error-strewn encounter.

It wasn’t without entertainment early on, with the visitors often threatening the opposition defensive line, but the home side’s rearguard remained stout and it descended into a dour affair for the remainder of the half.

Despite the efforts of lock Jake Ball, who consistently got over the gain line, the Scarlets were duly punished for their profligacy as Frawley kicked a penalty and O’Loughlin touched down from close range for a 10-0 advantage.

The try was typically clinical from the Irish province after they wore down the opposition pack via their trusty maul before shifting the ball to the midfield and the centre was on hand to finish.

It was harsh on the Welsh region, who created chances, but they were often their own worst enemy and that was demonstrated by Paul Asquith’s mistake at the start of the second period. The wing had done all the hard work by expertly reading Frawley’s pass but, after intercepting and scampering clear, he knocked on in the act of scoring.

Pivac’s team did eventually get their reward, however, when Dan Davis displayed excellent pace and strength to break down the right before the openside found the supporting Hardy, who did the rest.

Jones’ conversion and penalty levelled the contest going into the final 20 minutes, but Leinster showed their depth by scoring two quick-fire tries via Lowe and Daly to seal the win, despite Hardy’s response.

The Scarlets did not lose too much ground on the teams around them, though, after Ulster snatched a 17-17 draw thanks to a last-minute penalty try against Benetton.

Federico Ruzza and Ratuva Tavuyara tries helped the Italians open up a 17-10 lead – Louis Ludik and Rob Herring responding for Dan McFarland’s charges – but there was drama in the 80th minute when the hosts’ pressure resulted in Nigel Owens penalising the visitors.

In Conference A, Glasgow Warriors went top after they edged to a 9-3 win over the Ospreys, who were directly below the Scottish team going into the game.

It was a pretty dire encounter but Glasgow just about edged it thanks to three second half Brandon Thomson penalties, as they overturned a 3-0 deficit at the interval.