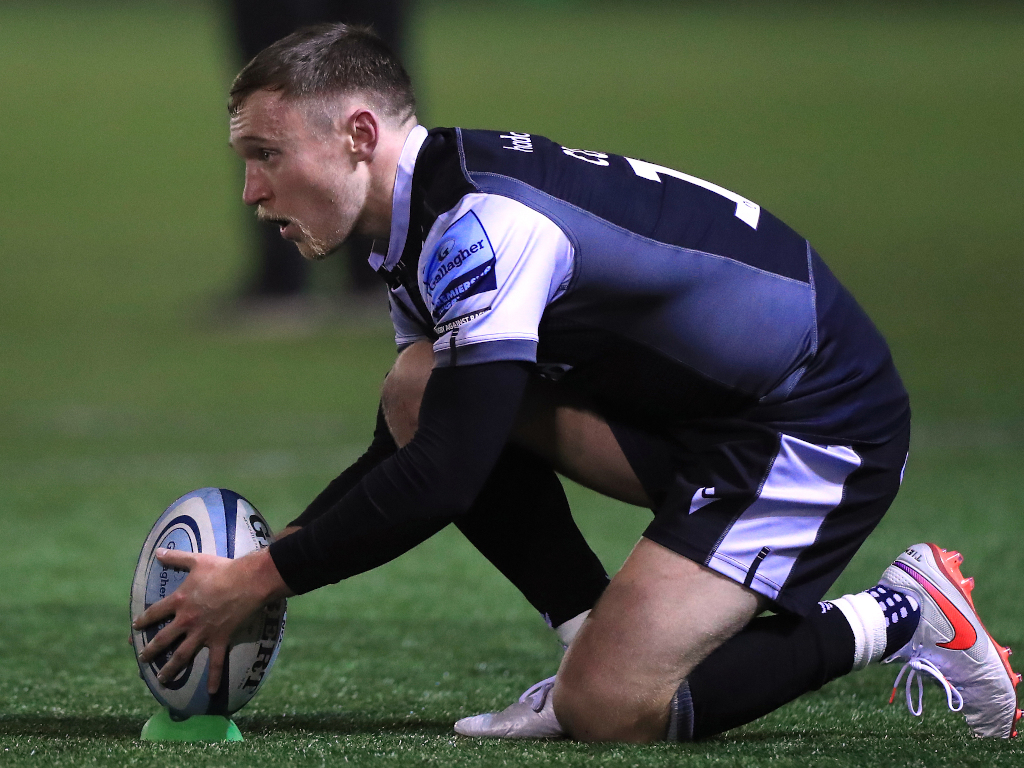 A last-gasp try from Toby Flood saw Newcastle Falcons edge to a 15-13 Premiership triumph over Sale Sharks at Kingston Park on Friday.

In a tale of two halves, Newcastle were better in the first as Sale never really troubled the try line until the final 10 minutes – a combination of stubborn home defence and needless penalties preventing the visitors from threatening.

The Falcons led through the boot of Brett Connon and a try from Sean Robinson but the Sharks gradually clawed their way back into the game in the second half as AJ MacGinty kicked a couple of penalties before Cobus Wiese scored in the corner.

But, with the Sharks having to only see out one final attack, they suffered heartbreak as Flood scored to send Dean Richards’ men top of the table.

Connon opened the scoring as he slotted an early penalty to put the Falcons into the lead.

George McGuigan then came close to scoring the first try at Kingston Park in the Premiership since May 2019, when he tapped a quick penalty five metres out but could not dot down with the ball knocked on as the line beckoned.

The hosts continued to pen the Sharks in their own half and the try that they merited arrived in the 36th minute when Robinson burrowed over the line after a period of sustained pressure to give them a 10-0 half-time lead.

Daniel du Preez had moments earlier been sent to the sin-bin after referee Wayne Barnes lost patience with Sale for a series of infringements on their line.

A pair of MacGinty penalties got the Sharks onto the board early into the second half.

The first half had been free flowing but the second half could only be described as attritional as both sides contested the ball in the middle third of the pitch.

WHAT A FINISH!!!! 🙌 @FalconsRugby steal it at the very end as @tobyflood comes up trumps with the try to give them the win over @SaleSharksRugby 👏

But the Sharks crucially edged in front in the final nine minutes as they spread play from left to right and quick hands allowed Wiese to dot down in the corner, MacGinty adding the extras from tight to the touchline.

The home side had the opportunity to draw level in the late stages of the game but elected to kick to the corner instead of the points and Sale did well to smother the attack and win the ball back, denying the Falcons.

The penalties that ravaged Sale in the first half had been the downfall of Newcastle in the second half as they gave up possession too cheaply.

However, in a dramatic finale, Richards’ side turned the game on its head after the clock had ticked over into the red.

Flood got on the end of a pinpoint chip to score in the corner and give Newcastle a dramatic victory.