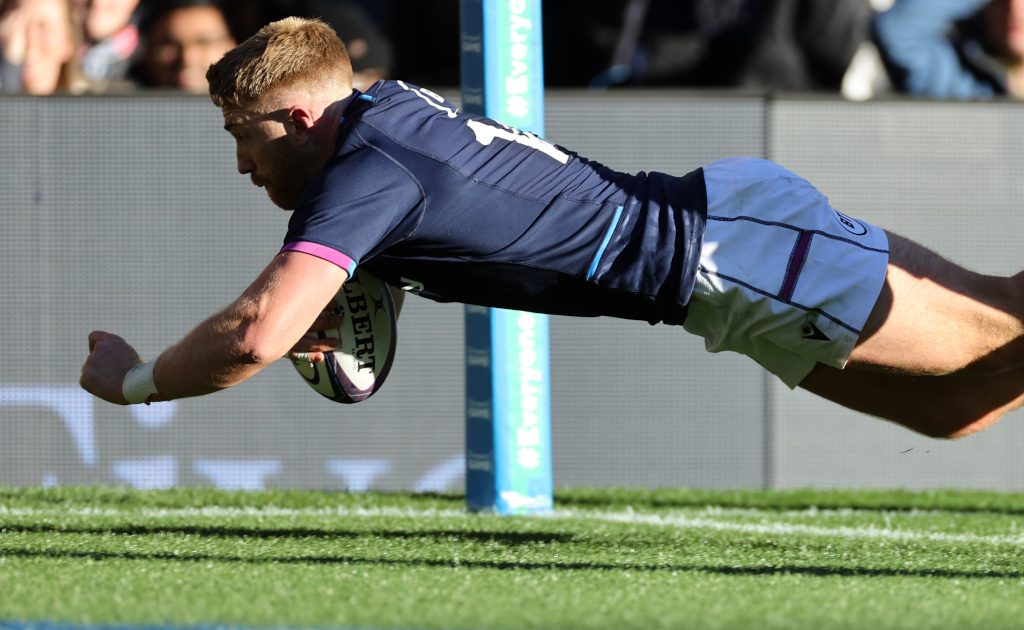 An impressive first-half showing helped Scotland kick off their Autumn Nations Series with a 60-14 victory over Tonga at Murrayfield on Saturday.

Number 10 Blair Kinghorn contributed with three of his seven conversion attempts, while debutant replacement Ross Thompson successfully kicked two of his three efforts as Gregor Townsend’s side thrived in their first match in front of supporters since March 2020.

After weathering some early Tonga pressure, Scotland made the breakthrough in the seventh minute when debutant McLean seized on a loose ball after Jamie Ritchie was tackled to the ground. Kinghorn duly kicked the conversion.

Tonga reduced the deficit in the 13th minute as full-back James Faiva kicked a penalty from 40 metres after Scotland were adjudged not to have rolled away at a ruck in time.

McLean added a brilliant second try in the 15th minute when he received a miss-pass from Kinghorn wide on the left and waltzed superbly past Faiva before touching down. Kinghorn converted immaculately from a tight angle.

Five minutes later, Faiva kicked another penalty when the Scots were penalised once more for not rolling away.

Steyn – in his second Scotland appearance – got his first try of the afternoon in the 23rd minute when he took a pass from Sione Tuipulotu and bounded over the line to finish off an impressive flowing move.

Tonga were struggling to cope with their hosts, but Faiva gave them some relief in the 27th minute when he pinged a penalty between the posts from close to the halfway line.

Schoeman then muscled his way over for his debut try in the 30th minute after a period of pressure in front of the line, with Kinghorn kicking the conversion.

Steyn got his second try when he took a pass from co-captain Ali Price and cut through the Tongan defence far too easily before touching down wide on the left.

Right on half-time, Steyn made it a hat-trick after a cross-field kick from Kinghorn took a favourable bounce into his path wide on the right.

The first score of the second half came in the 50th minute when hooker Turner touched down on the back of a rolling maul.

Tonga got their first try in the 58th minute when David Lolohea pushed his way over after a period of pressure.

Haining scored Scotland’s eighth try in the 70th minute after some excellent handling by Ritchie in the build-up before Kebble and Steyn both touched down in the closing four minutes, with Thompson converting on each occasion.