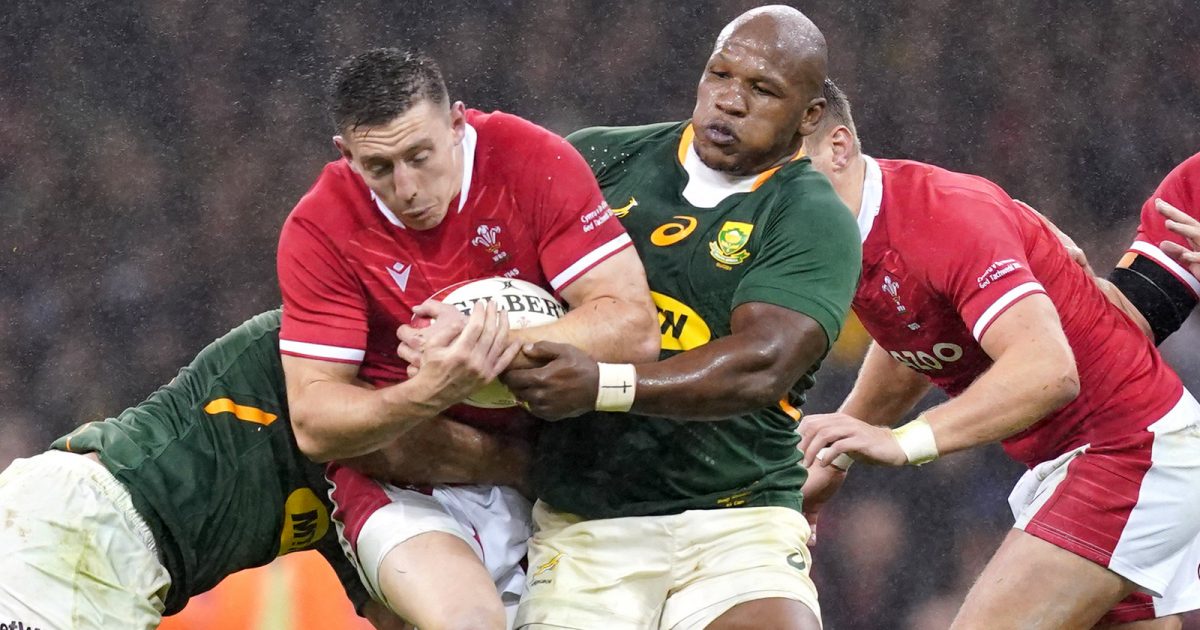 With a three-Test series against the 2019 World Cup winning Springboks set to take place, Wales are up against their toughest challenge since Wayne Pivac became their head coach.

The first Test will be at Loftus Versfeld in Pretoria, where the teams will do battle in front of a 50,000 capacity crowd.

Here are five talking points ahead of what should be a thrilling spectacle.

With two of the three Tests against the Boks to be played at altitude, Wales know they face a daunting task. They ended their Six Nations campaign with a humiliating 22-21 home defeat against Italy and have never beaten the Springboks in South Africa, losing all 10 previous encounters. Three of those losses were at Loftus Versfeld – by scorelines of 37-21, 53-18 and 96-13 – which is an indication of magnitude of the challenge which awaits them. In 2014, Wales came agonisingly close to ending their winless streak in South Africa when they suffered a narrow 31-30 loss to the Boks in Nelspruit. There are six survivors from that encounter in Pivac‘s matchday squad but the Boks are still overwhelming favourites.

Home support a plus for the Boks

The home side will be highly motivated as it will be the first time since they were crowned world champions in 2019 that they will play in front of a sold-out home crowd. Due to Covid-19, last year’s Test series against the British and Irish Lions took place behind closed doors, and demand for Saturday’s Test resulted in the remaining tickets being snapped up more than 96 hours before kick-off. South Africa’s overall record in Pretoria is better than at Ellis Park, Johannesburg, where they won their first World Cup title, which underlines Wales’ acute degree of difficulty.

In the 1970s, Welsh entertainer Max Boyce wrote a song called The Outside-Half Factory, which showed the country’s production line ability to produce world-class fly-halves. However, in recent years, that prolific output has veered towards openside flankers with players like Sam Warburton and Justin Tipuric coming to the fore. Now it is the turn of Leicester Tigers tearaway Tommy Reffell, who makes his Test debut just a fortnight after helping the Tigers to a Premiership title. Reffell delivered several outstanding performances for his club during their dominant season, and a baptism of fire awaits in the Test arena, but do not be surprised if he does well.

George North’s return is a shot in the arm

Wales have lost several key players over the past 18 months, but North’s absence was arguably the biggest loss during that period. An horrific knee injury in April last year ruled him out of the 2021 Lions tour to South Africa as well as Wales’ entire autumn and Six Nations campaigns this season. After making a successful switch from wing to outside centre, North’s destructive ball-carrying, immense power and searing pace makes him a genuine attacking threat at Test level. He sits second in Wales’ all-time try-scoring charts behind Shane Williams and his return to the Test arena is keenly anticipated.

Wales start their World Cup campaign against Fiji in Bordeaux in just over 14 months and the time for selection experimentation is effectively over. The series against the Boks is crucial in terms of World Cup aspirations, and while some players will thrive, others are likely to fall by the wayside. Pivac is without the services of several important players, who are currently injured. Tipuric, Ken Owens, Ross Moriarty and Leigh Halfpenny are amongst those who will be in the mix, but three away Tests against South Africa provide an ideal launch-pad towards next year’s World Cup in France, even if Wales have to endure short-term pain for long-term gain.