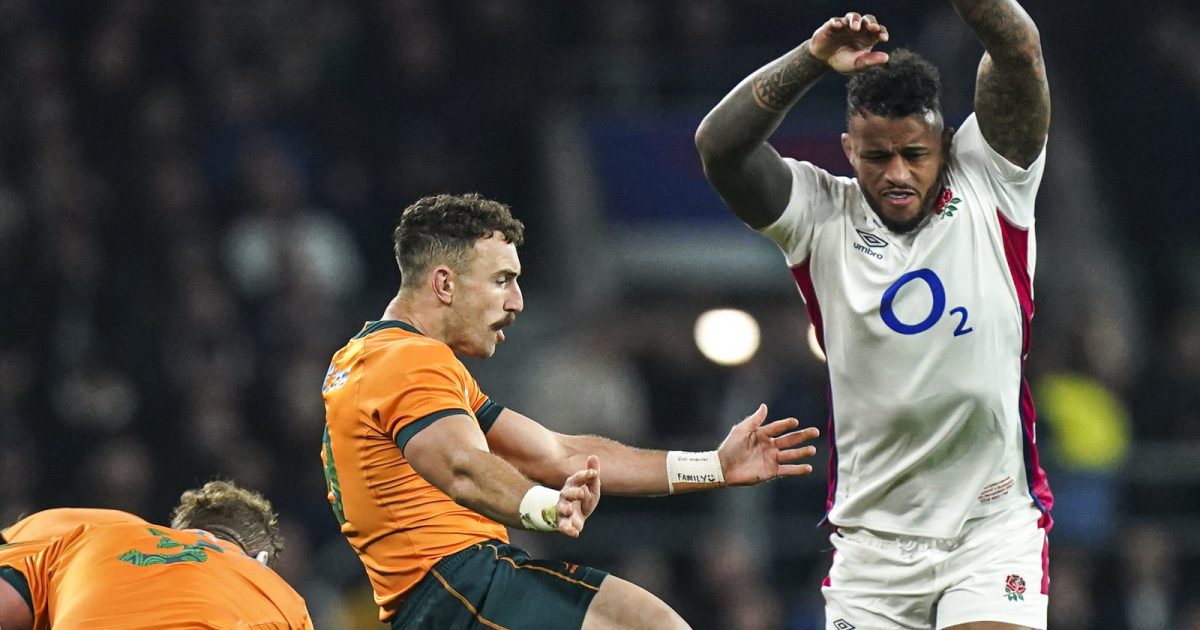 The Wallabies and England face off at Perth’s Optus Stadium on Saturday in the first encounter of their three-Test series in Australia.

Here are five talking points ahead of what should be an entertaining showdown.

In one of the biggest calls of his seven-year reign as England coach, Eddie Jones has opted for Courtney Lawes over Owen Farrell for the captaincy. Lawes is the incumbent from the Six Nations, but it was assumed that Farrell would resume leadership duties after making a full recovery from injury. Jones feels Farrell must concentrate on his own play after several months on the sidelines with ankle injuries, but equally the bellicose Saracens stalwart has not always been a snug fit for the position. With Farrell used to be being in control for Sarries and England, the change will have an impact on the team’s dynamics and his relationship with Lawes.

A rockstar in waiting for England

England lock Jonny Hill described him as a “rugby rockstar” and 19-year-old Henry Arundell has been named as a replacement for the first Test. Initially taken on tour as an ‘apprentice player’, the youngster scored a dynamic 90-metre try on the practice field in Perth that thrilled onlookers and team-mates alike. It convinced Jones to name him as a replacement for the series opener in Perth as he continues to shine in his maiden professional season. Arundell is the most exciting outside back England have produced for several years and has the ability to ignite interest in the series.

Cadeyrn Neville finally gets his chance

Experienced warriors who still have big dreams have a new hero in Cadeyrn Neville. The veteran second-row is set to make his Test debut a decade after being called up to wider Wallabies squad for the first time. The 33-year-old was a crucial part of the Brumbies’ success in Super Rugby Pacific this season, Neville’s set-piece brilliance and high work rate around the field made him hard to ignore. The latter strength is something which Wallabies coach Dave Rennie attributes to his past as a rower who represented Australia at the Youth Olympics. If stars like Quade Cooper and Samu Kerevi start to shine, it will because of the grafting of Neville and his team-mates in the pack.

Both teams searching for form

An element of the unknown cloaks both teams as they head into the series. Jones has selected a familiar run-on side to universal approval, but England have are on a three-match losing streak and must improve on a disappointing effort in the Six Nations. How well Marcus Smith and Farrell combine is just one of several uncertainties in a team whose current identity is made up of graft rather than invention. There are also question marks over the Wallabies as they look to the Brumbies’ forward-orientated style of play to get the better of their old foes. Their tour to the UK last autumn was even worse than England’s Six Nations campaign and they face the challenge of uplifting the Wallabies out of a slump they have been in since the 2015 World Cup.

Jones’ excellent run against the Wallabies

Amongst the reasons Rugby Football Union CEO Bill Sweeney chose to retain Jones’ services after another underwhelming Six Nations is because of his win percentage against the southern hemisphere countries and the value of that ahead of the 2023 World Cup in France. However, it is Jones’ excellent results against his former team, the Wallabies, that makes that record look so good. With eight wins from as many Tests since he took charge of England, including a 3-0 series victory in Australia in 2016, the rivalry has lost its edge as a result, but Australia enter the first Test as favourites and believe they can get the better of England in Perth.