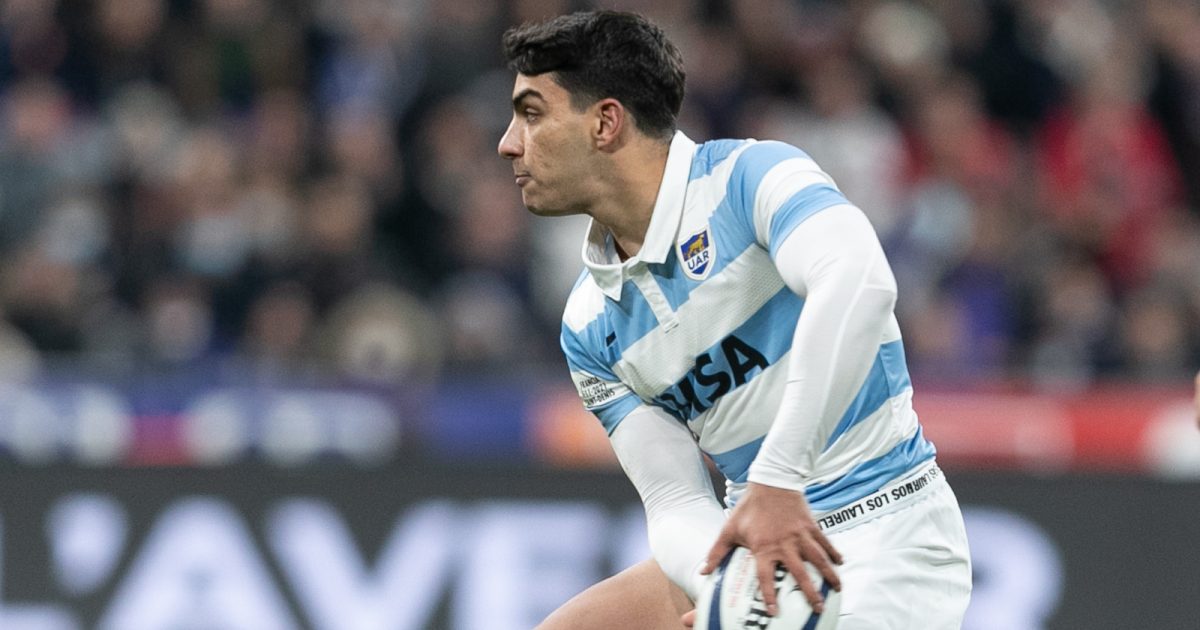 Argentina marked their first home game in almost three years with a solid 26-18 victory over Scotland on Saturday.

It was also Michael Cheika’s debut match as head coach and his side did him proud, withstanding a Scottish comeback to go 1-0 ahead in the three-Test series.

The Pumas made a fast start, going 18-6 in front at the break thanks to tries from Jeronimo de la Fuente and Santiago Carreras.

Scotland‘s response prior to the interval came via a pair of Blair Kinghorn three-pointers before they levelled matters in the second period as Mark Bennett and Rory Hutchinson went over.

However, Argentina were back ahead thanks to Gonzalo Bertranou’s try and they sealed the win through the boot of Boffelli.

The hosts required just four minutes to get on the scoreboard when talisman Sanchez kicked a penalty between the posts.

Scotland replied in the 16th minute when Kinghorn kicked a penalty. But the Pumas went three ahead again two minutes later when Sanchez chipped over his second penalty of the match.

It would be the fly-half’s last involvement in the match, however, as he was forced off in the 21st minute after sustaining an ankle injury.

Boffelli of Edinburgh took over kicking duty from Sanchez and he was unsuccessful with his first attempt of the match when his penalty drifted to the right of the posts in the 24th minute.

Scotland took advantage of this reprieve and levelled a minute later when Kinghorn kicked another penalty.

After a relatively tight opening half hour, Argentina turned the screw in the closing 10 minutes of the first half.

With 31 minutes on the clock, the Pumas scored the first try of the game when, after a period of passing and power in front of the Scottish line, De la Fuente eventually forced the ball down despite the best efforts of Ali Price to hold him up. Boffelli hooked his conversion attempt wide.

Four minutes later, Argentina stretched their lead when Carreras picked up the loose ball and eased his way over the line after Duhan van der Merwe had hauled down the marauding Santiago Cordero. This time Boffelli was successful with his kick, ensuring the Pumas went in at the break with an 18-6 advantage. Scotland, remarkably, had not entered the Argentina 22 in the first half.

The tourists belatedly sparked into life after the break and hauled themselves back into the game in the 49th minute when Bennett dived over in the left corner after good work by Hutchinson and Kinghorn to set him free. Kinghorn was off target with the penalty.

The Scots’ tails were up and they got themselves a second try in the 55th minute when Hutchinson, in his first appearance for two years, bounded over the line after a lovely lay-off from Kinghorn. The fly-half duly kicked the conversion to level the scores at 18-18.

Just as the visitors looked to have turned the momentum of the match in their favour, Argentina went straight up the park and edged themselves back in front when Bertranou forced the ball down on the line. Boffelli, with his conversion attempt, missed his third kick of the match.

However, with nine minutes remaining, the Edinburgh man stretched the hosts’ advantage to eight points with a penalty, allowing them to see out the match in relatively comfortable fashion.

READ MORE: Five-try France get the better of Japan in Toyota