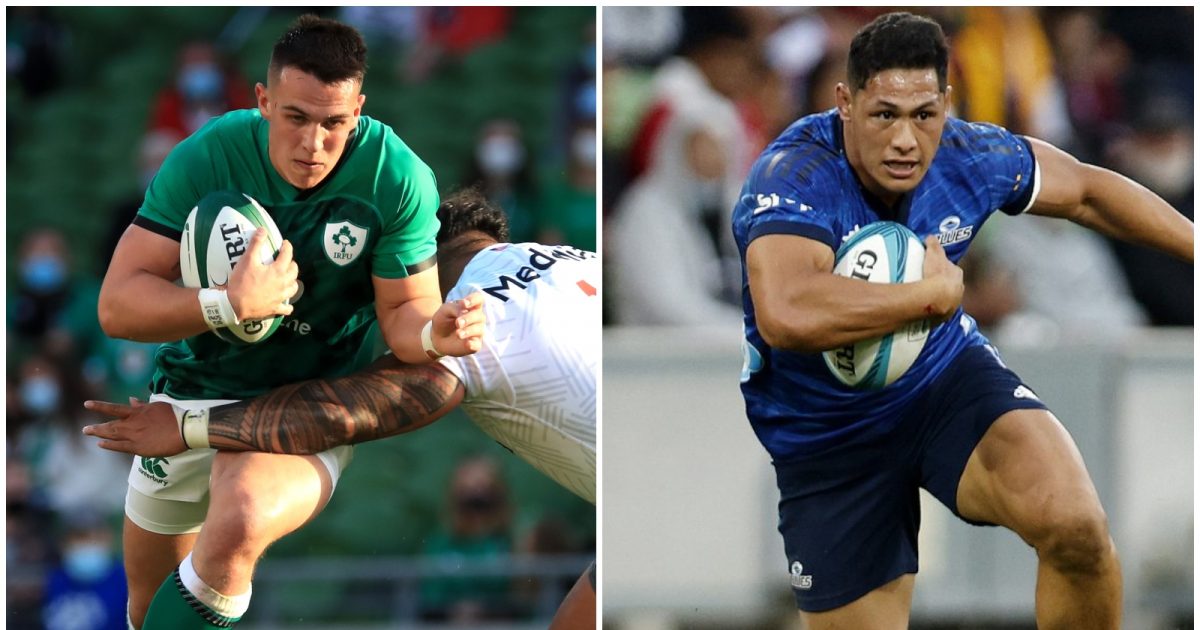 Ahead of the July Tests, Planet Rugby takes a look at 10 players who could have career-defining campaigns over the next month.

The majority are young, up-and-coming talents or rookies that have barely – if at all – played at international level, but there is the intriguing case of one experienced player switching positions.

The prop was handed his debut for Los Pumas last year and made a decent impression, scoring two tries against Australia in the Rugby Championship. Gallo is renowned for his work in the loose, going viral a couple of times for long-range tries, but he also has the quality to become a force in the set-piece.

The 23-year-old is still very much a work in progress in terms of the technical aspects of his game, but maybe this is the year when he will stamp his mark on the international arena. Argentina are not the team they used to be up front, with the country struggling to produce the gnarly front-rowers of old, but Gallo could be the answer at loosehead.

They do not lack for star power out wide and the Reds flyer is next on the conveyor belt. A former league player, who excelled for NRL side Melbourne Storm over five seasons, Vunivalu has transitioned well into professional rugby union. Injury has certainly hampered his progress and that means on-field consistency has been hard to come by, but the 26-year-old has shown enough to suggest that he will be a threat to England.

Of course, he has to get into the team first but head coach Dave Rennie evidently likes what he has been so far from Vunivalu in Super Rugby Pacific and his pace and footwork will be a test for international defences. With Marika Koroibete on one wing and the Reds man potentially on the other, it could be a lethal combination.

Just when England finally find their long-term term replacement for Mike Brown in the fantastic Freddie Steward, along comes Freeman. Capable of playing anywhere across the back three, Northampton’s youngster offers exciting versatility to Eddie Jones, who favours multi-positional players in his England sides.

This versatility will allow him to fulfil the role that the number 23 jersey entails well while also being able to start immediately – should the Australian enigma see fit. In his uncapped England debut versus the Barbarians at Twickenham, Freeman was a bright spark for England at full-back, working well with Marcus Smith and Joe Cokanasiga when dealing with high-balls and advancing well in attack.

With Anthony Watson out, it’s likely that Cokanasiga and Freeman will be battling it out for the spot opposite Jonny May on the wing when England battle it out with Australia. Whichever jersey the utility back rocks up in, just know he’ll let his presence be known, even if we have to wait until Jones wheels out his ‘finishers’.

Meet the one person in France who’s (probably) ungrateful for the existence of Antoine Dupont. If it weren’t for the Toulouse star’s outrageous skill-set and reputation, Le Garrec would be set to walk into the France nine jersey. The sheer maturity of the Racing 92 scrum-half’s game is just staggering considering the fact he turned 20 in May.

However, impressive as he is at the base of the ruck and with ball in hand, by far the two most ridiculous aspects of Le Garrec’s career are the facts that he made his Racing 92 Top 14 debut at age 18 and that when he plays, he keeps the kicking duties from the notoriously accurate Finn Russell. Though goal kicking is generally speaking the domain of the scrum-half in France, this doesn’t change how impressive it is for Le Garrec.

After impressing off the bench for Fra… I mean the Barbarians, Racing’s prodigy is in line to win his first senior cap against Japan while Dupont is rested. Let history commence.

Garry Ringrose and Robbie Henshaw, watch your backs. Now firmly established at Ulster in the 13 jersey, Hume has the chance to pressure Ireland’s go-to outside centres, with his action on the New Zealand tour set to kick off this Wednesday with a fixture against the Maori All Blacks.

Andy Farrell has already capped the young back three times, but a high-profile tour such as this one against the All Blacks and the Maori could see the well-rounded centre start to eat into the minutes of both Ringrose and Henshaw.

The likely reality is that Hume will be absent for the first Test match, but start in the opening Maori All Blacks game beforehand (June 29). This will give the Ulster flyer a chance to impress in green before looking to break into the Test 23. Hailed as “world class” by Dan McFarland, it surely won’t be long until we see the young centre in the limelight for Ireland.

Australian by blood, Japanese by citizenship, Riley has taken the Japan Rugby League One by storm this season after earning a call-up to the Brave Blossoms training squad before the British and Irish Lions Test last summer. Now with five caps under his belt, Riley will look to add to this total after a successful season with the Panasonic Wild Knights where he finished joint-top of the league’s try-scoring charts with 11 in 13 outings.

Despite coming to Japan as a centre, Riley has spent a noticeable amount of time on the wing, offering head coach Jamie Joseph flexibility as it’s clear that the 25-year-old has a nose for the whitewash. Cap number six for the Wild Knight will likely come against France, who will face off with Japan on Saturday, July 2 and Saturday, July 9 in Aichi and Tokyo respectively. This two-game series will be tough and Riley’s attacking presence could prove to be pivotal against a weakened French outfit.

The word on the street was that the former rugby league star was not due to start the first Test but, with Jack Goodhue and David Havili out due to Covid, he very much comes into contention. In his first season of union, Tuivasa-Sheck has been outstanding, helping the Blues to top the Super Rugby Pacific and reach the final. The inside centre has tremendous physical attributes, with his pace, strength and balance obvious, but he also has an outstanding skill-set.

Akin to Sonny Bill Williams, who transitioned from the 13-man code to become a world-class centre, Tuivasa-Sheck has an excellent off-loading game and could well be the player to solve the All Blacks’ midfield puzzle. Following the retirement of Ma’a Nonu, Conrad Smith and Williams, Ian Foster has struggled to find the right combination.

After a storming campaign, Rieko Ioane looks set to take the outside centre berth, so why not rekindle the Blues partnership at international level? Quinn Tupaea may well sneak in ahead of Tuivasa-Sheck in the first Test but we expect the 29-year-old to get an opportunity over the next month and, if so, he has the talent to shine.

He is a well-established international player, having already earned 31 caps primarily at full-back, but the 25-year-old has switched to fly-half this season and done well for Edinburgh before having limited appearances in the early stages of the Six Nations. Kinghorn then surprisingly started against Ireland in the final game of the tournament but it was evident he had work to do in the position.

These next few weeks could be decisive for the talented playmaker, however, with first-choice pivot Finn Russell being given the summer off. With Adam Hastings also missing due to injury, Kinghorn and Ross Thompson are the two 10s competing for a spot, but the former appears to be the next in line if the Six Nations is anything to go.

Although the Edinburgh man is still learning, he has a nice feel for the game, passes well off both hands and is obviously a strong running threat. Thompson has the experience of playing fly-half throughout his professional career but there is something special about Kinghorn in the pivot position.

If having a perfect season is possible in the game of rugby union, then the Stormers number eight has just had one. The prolific forward won the inaugural United Rugby Championship with the Stormers while picking up heaps of gongs from the league.

The Stormers star will likely receive a high amount of minutes over the Test series with Wales where he’s set to make his international debut, as regular number eight Duane Vermuelen is out injured. This is the golden opportunity for Roos to solidify himself as a household name in the Rainbow Nation.

When asked to describe the Leicester flanker in one word on the The Good The Bad and The Rugby, Richard Wigglesworth chose “jackler”. Wales’ latest threat on the loose is one of the most lethal men in the Premiership when it comes to jackling.

Left your ball carrier go into contact unsupported? Reffell will turn you over. Slow to clear out your ruck? Reffell will turn you over. After speculation of a call-up for the flanker by either Wales or England after a brilliant 2020/21 campaign with the Tigers led to nothing, an even more convincing 2021/22 Premiership-winning season from Reffell has finally brought about his arrival onto the international scene.

The six-foot tall 23-year-old is on the verge of winning his first cap as Wayne Pivac’s side prepare to face the reigning World Cup champions South Africa over a three-game series starting on July 2. With spots up for grabs on the Wales flanks, expect to see Reffell in the fold early on.