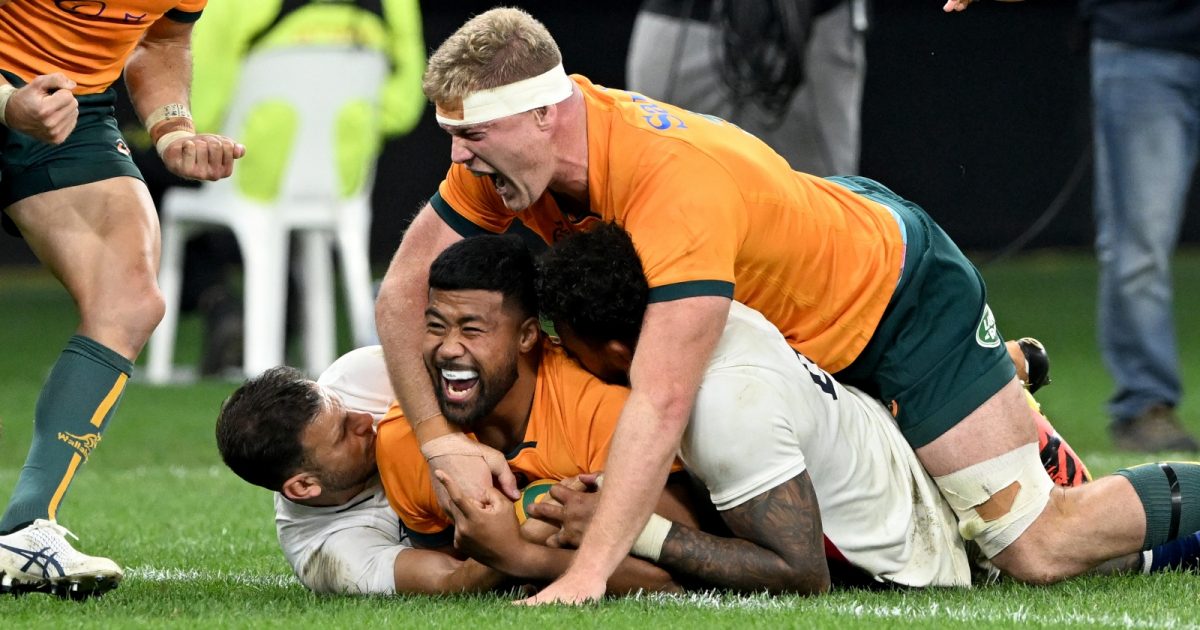 Check out the highlights from the opening Test between Australia and England, where the hosts secured a thoroughly deserved 30-28 victory.

Eddie Jones’ men dominated much of the opening half but could only go into the break level at 6-6 after Noah Lolesio and Owen Farrell traded penalties.

The Wallabies also had to play the second period with 14 men after Darcy Swain was sent off for headbutting Jonny Hill.

However, it did not affect the hosts, who were superb in the second period, despite seeing Ellis Genge give England a 14-9 advantage.

The Red Rose did hit back with two late tries via debutants Henry Arundell and Jack van Poortvliet, but it proved to be mere consolation.