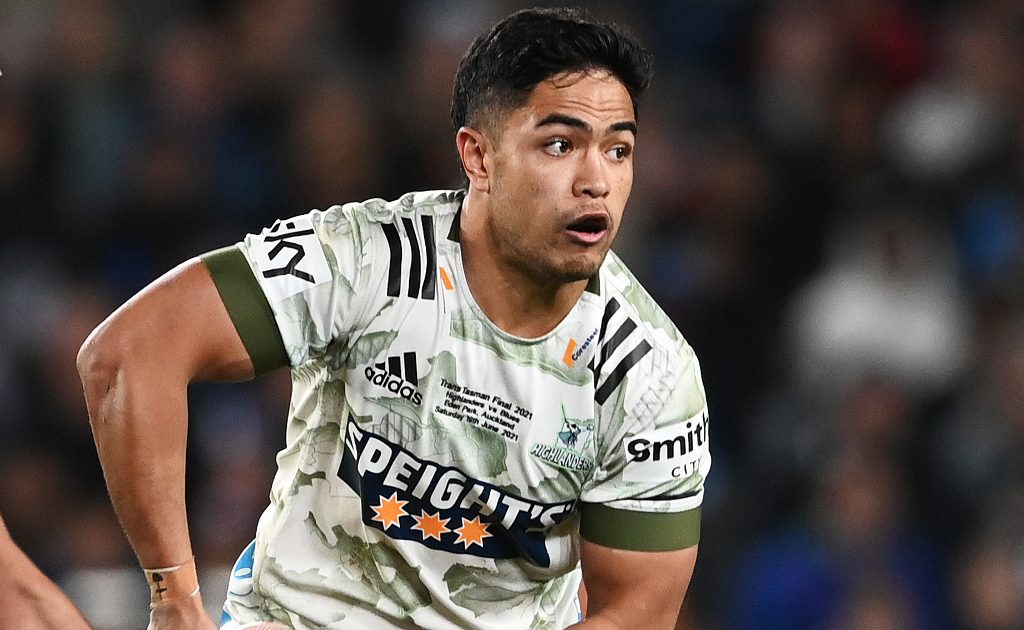 Manu Samoa coach Seilala Mapusua is relishing the broadened scope of talent at his disposal after World Rugby changed their eligibility rules recently and has identified Josh Ioane as a possible target for the 2023 Rugby World Cup.

If the All Blacks do not select Ioane, Mapusua will reach out to the fly-half, who recently joined the Chiefs from the Highlanders.

“You’ve got guys like Josh Ioane, who have played one Test for the All Blacks, Josh has been playing some awesome footy at the moment,” Mapusua told Stuff on Thursday.

“It’s exciting to possibly be able call on that calibre of player.

“And you’ve also got your up-and-coming players, the likes of D’Angelo Leuila, who had an awesome NPC [for Waikato], and just being able to have that depth and competition for positions will strengthen the team.

“It hasn’t always been the case for Manu Samoa, but now we’ve got options and this genuine competition, and healthy competition. It can only be a good thing.”

Ioane earned a single All Blacks cap against Tonga in 2019, and under the new eligibility rules, will be eligible for Manu Samoa in 2022.

Mapusua believes Ioane, 26, will be in his “prime” at the 2023 Rugby World Cup, highlighting how significant the vote is for Manu Samoa’s development as they look forward to their Pool D fixtures against England, Argentina, Japan and qualifier two from the Americas.

The importance of the change was evident for an emotional Mapusua, a former Otago, Highlanders and Manu Samoa centre.

He said his initial reaction to the rule change was disbelief which was followed by joy.

“First, there was disbelief that it has happened in my lifetime,” said Mapusua. “And second, I think there was more relief followed by elation.

“I think there’s been a group of people working hard on this and there’s been a lot of conversations and time gone into it, and I’m just really happy that the work that’s been done in the background has paid off.”

The Manu Samoa coach played a key role by making points to former Ireland coach Joe Schmidt, who actually made the final presentation to World Rugby before the final vote was taken.

“My point was that we don’t have a lot of resources in the islands, but this is one small change we can tap into,” added Mapusua.

“It’s not going to mean that we’re going to win every test match, but it does go a long way in terms of strengthening our team.

“The main thing is being competitive, and we had some quality players that have been sitting on the sidelines just watching for the last few years.”