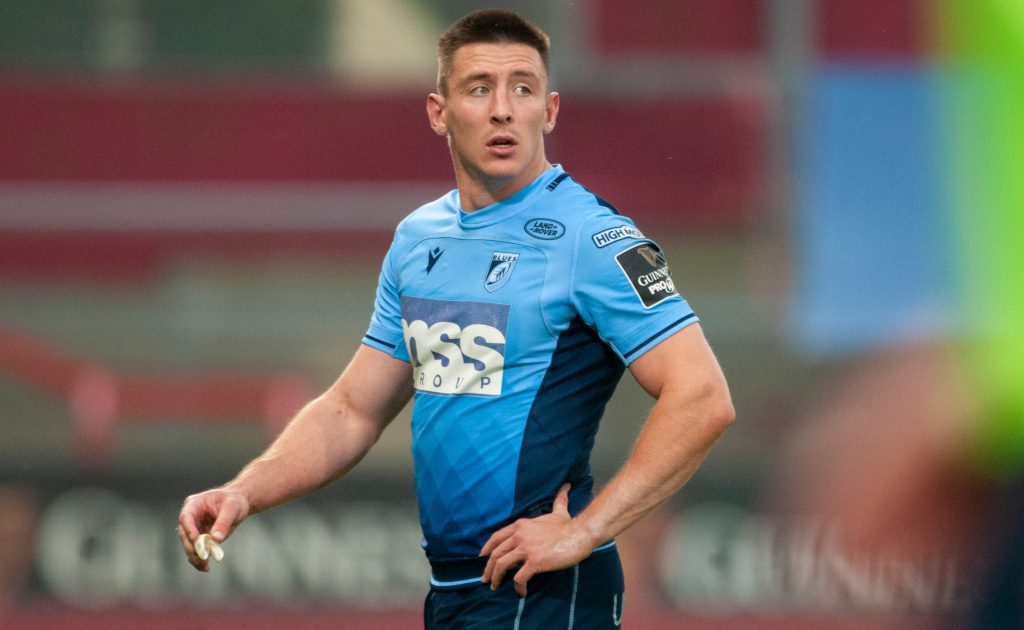 Wales’ Josh Adams has told his Cardiff team-mates that they need to be brave if they are to defy the odds and defeat defending champions Toulouse in their European opener.

Their build-up to the Champions Cup has been significantly hampered after 42 players and staff were forced to isolate after returning from South Africa.

The Welsh side did leave a selection of internationals behind, including Adams, following the national team’s exploits in the Autumn Nations Series.

It means Tomos Williams, Dillon Lewis, Seb Davies and Ellis Jenkins are available for selection, but the majority of their squad are currently in isolation.

Cardiff, Scarlets, Munster and Zebre Parma had all been due to play United Rugby Championship fixtures in the country, before eventually securing charter flights home.

The Scarlets, who currently have 32 players in quarantine at a Belfast hotel, have forfeited Saturday’s scheduled European Cup game against Bristol.

But Cardiff will field a match-day 23 also featuring semi-professional and academy players as they tackle the French giants at the Arms Park.

“I don’t think there has ever been a scenario like this – boys stuck in other countries unable to come home, quarantine, it’s a mad scenario really,” Adams said.

“I think it is important the lads who are behind and haven’t travelled to South Africa just bring a lot of excitement to this week as best we can, and encourage the young academy boys who are training with us to go out and play with no fear.

“There is no pressure on us – I am sure everybody is expecting Toulouse to beat us – but within our inner circle we are quietly confident we can cause them problems.

“Talk about being thrown in the deep end. These scenarios come up, and I know speaking to these boys they are excited as well.

“I said (to them) if you make a mistake, just keep going, keep going at it in a way, be naïve in a way, and not care who you are facing and we will try and give you the best platform to showcase your talents.”

While Cardiff’s assembled players get down to business, their squad colleagues and the likes of rugby director Dai Young will be watching on television from afar.

Adams has been part of bio-secure bubbles with Wales and the British and the Irish Lions this year, and he added: “There is no beating around the bush. Being in these bubbles are difficult – disconnected from the outside world.

“Whatever the period of time we are in there, boys who joined these bubbles in certain campaigns are making loads of sacrifices.

“When you’ve got little children – myself being a dad now – it makes it extra hard. You know the time you are giving up with your family, especially when players have young children.”

Cardiff academy manager Gruff Rees will head up the coaching team on Saturday at the start of a European campaign that takes the Welsh side to English champions Harlequins seven days after facing Toulouse.

Rees said: “One of the exciting features for all of us involved, really, is young players coming in and making their debut – people like Theo Cabango and Jacob Beetham – and thriving off the support of the crowd.

“We really need that 16th-man mentality to get behind us, get a bit of atmosphere, promote a style of play where we want to play some good rugby on the day, and I think we have looked at that sort of opportunity.

“We will do our damnedest to play some real good rugby. Talk about strength through unity, it’s all of us tying together – players, staff, supporters.”

The Scarlets have announced that they have conceded their Champions Cup clash with Bristol Bears with most of their squad currently in isolation.

Following their trip to South Africa and subsequent return, due to the discovery of the Omicron Covid variant, they were forced to quarantine.

They exit isolation a day before the fixture with Bristol but, due to their lack of training time and issues surrounding player welfare, they have taken the decision to forfeit the contest.

The Bears, in accordance with competition rules, have been awarded a 28-0 victory.