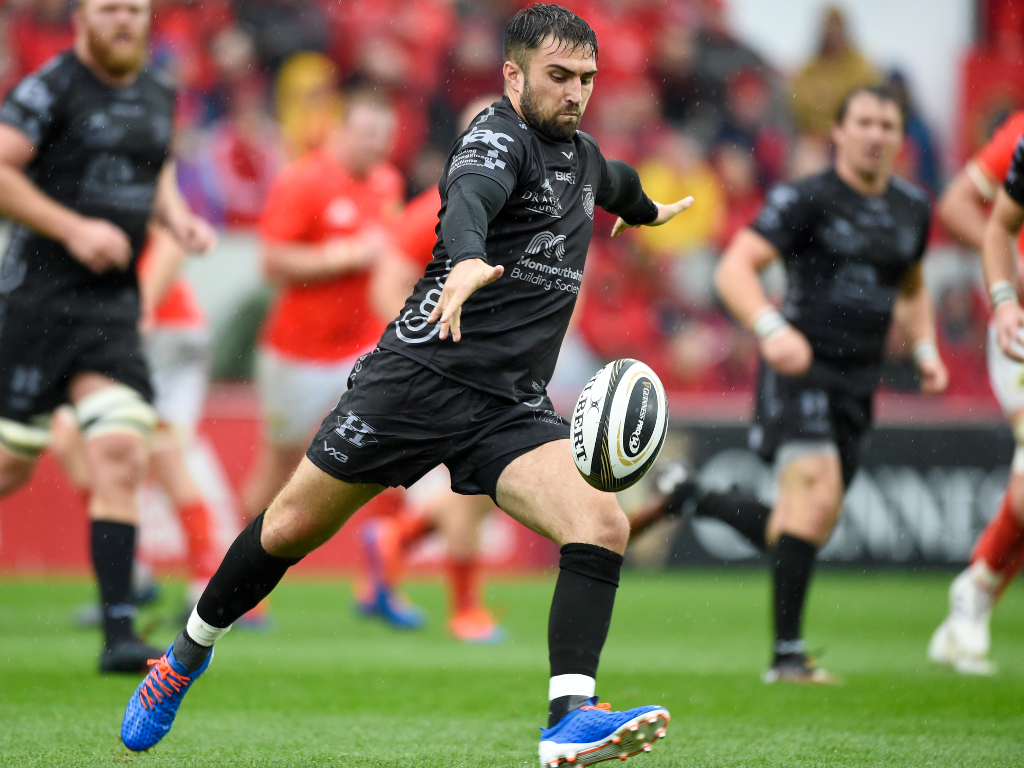 The Dragons grabbed their first victory of the new PRO14 season but were made to fight all the way by Zebre at Rodney Parade, winning 26-18.

Two tries from full-back Jordan Williams and one each from centre Jamie Roberts and hooker Elliot Dee, plus two penalties from fly-half Sam Davies, saw the Dragons home.

But Zebre came back to cause the Dragons trouble throughout the match and crossed for tries at the end of each half from centres Federico Mori and Giulio Bisegni.

Fly-half Carlo Canna converted one and added two penalties to the Italians’ total.

There would have been a few heads scratched in the Dragons dressing room at half-time after scoring three tries but finding themselves only five points ahead.

Other than the start and end of the period, Zebre were mainly on the defensive, while gaps in their line plus a ferocious home attack – both among the forwards and back division – saw the Dragons dominate the half.

Jordan Williams was on fire as he grabbed the first of three touchdowns for the Dragons in the opening period when Roberts made ground to the line and skipper and scrum-half Rhodri Williams fed his full-back to romp home.

Zebre nearly went over themselves midway through the half, but back up at the other end the Dragons turned the screw.

They squandered one chance for a try and lost a turnover on the Zebre line for another, but eventually a run from halfway by their full-back set up the move that eventually led to Roberts taking the ball five metres out and finding the gap to dive over for his first Dragons try.

Canna cut the deficit with an easy penalty, but Dee got the home side’s third try when he emerged from a pile of bodies after a ruck.

None of the tries were converted by Davies, while Zebre wing Mattia Bellini did his side no favours when he interfered at a ruck and got himself sin-binned.

But, from a seemingly comfortable 15-3 up, the Dragons found themselves with a real game on as a loose ball near the Zebre 10-metre line was booted up field by Mori.

The centre followed up and kept kicking on until eventually picking up a metre from the home line and scoring a try that Canna converted.

And, just after the break, a 39-metre penalty from Canna brought Zebre within two points, before Jordan Williams waltzed through a gap on the right for his second try and the Dragons’ bonus point.

Davies hit the post for a third time with the conversion but, at last, landed a kick when booting a 42-metre penalty, adding another penalty eight minutes from time.

Zebre fought to the last and managed a consolation try from Bisegni – on his 100th appearance for the visitors – to finish off the game.