Home News Jordan Petaia to start for Reds against Waratahs 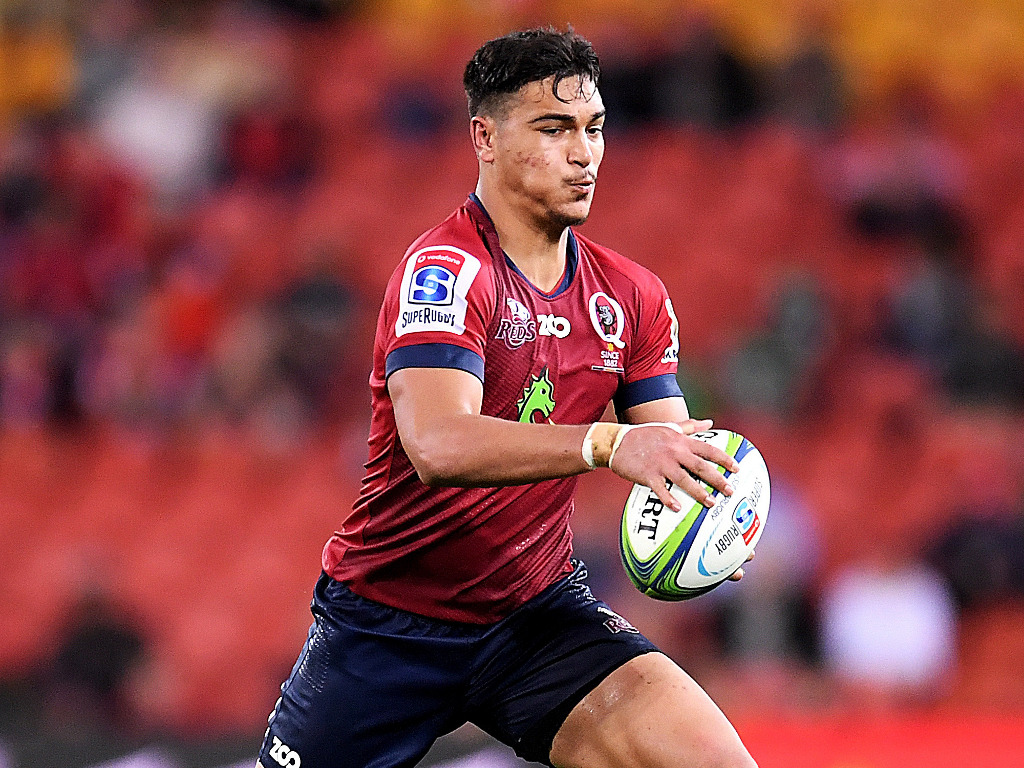 Jordan Petaia has been named in the Reds’ starting line-up for their Super Rugby AU encounter against the Waratahs in Sydney on Saturday.

Following his impressive return from injury in the last round, Petaia will start on the right wing as the Reds’ only change as a replacement for Chris Feauai-Sautia, who is sidelined with a calf injury.

There are three alterations to the bench with Queensland pathway product Zane Nonggorr potentially set to make his Super Rugby AU debut this weekend.

An Australian and Queensland U18s/Schoolboys representative, the 19-year-old tighthead prop captained the 1st XV at The Southport School last year and has been a part of the Reds academy for the past two years.

After debuting against New South Wales in Round One last month, lock Tuaina Taii Tualima is back in the matchday 23 this week in place of Ryan Smith.

It was great to see young gun Jordan Petaia return for @Reds_Rugby. He was denied a try earlier, but managed to show this piece of magic as he offloads to Harry Wilson.#PlayOfTheWeek #SuperRugby25Years #SuperRugbyAU pic.twitter.com/2YAOCvkanJ

While flyer Josh Flook also rejoins the team as a finisher with Petaia in the starting side.

“Our defence, physicality and the effort from the guys has been great, but we’ve got a lot to improve on moving forward.

“It’s good to have Jordy fit and firing again. For a first hit-out he reminded us how special a player he is with a few special moments in the game that only Jordy can do.

“Zane Nonggorr is an outstanding young man. He’s come through the system here in Queensland and has been working hard in our program. As a group, we congratulate him on his selection this week,” said Thorn.

The Reds will look to retain the Bob Templeton Cup following their drought-breaking victory over New South Wales in Round One of Super Rugby AU last month.