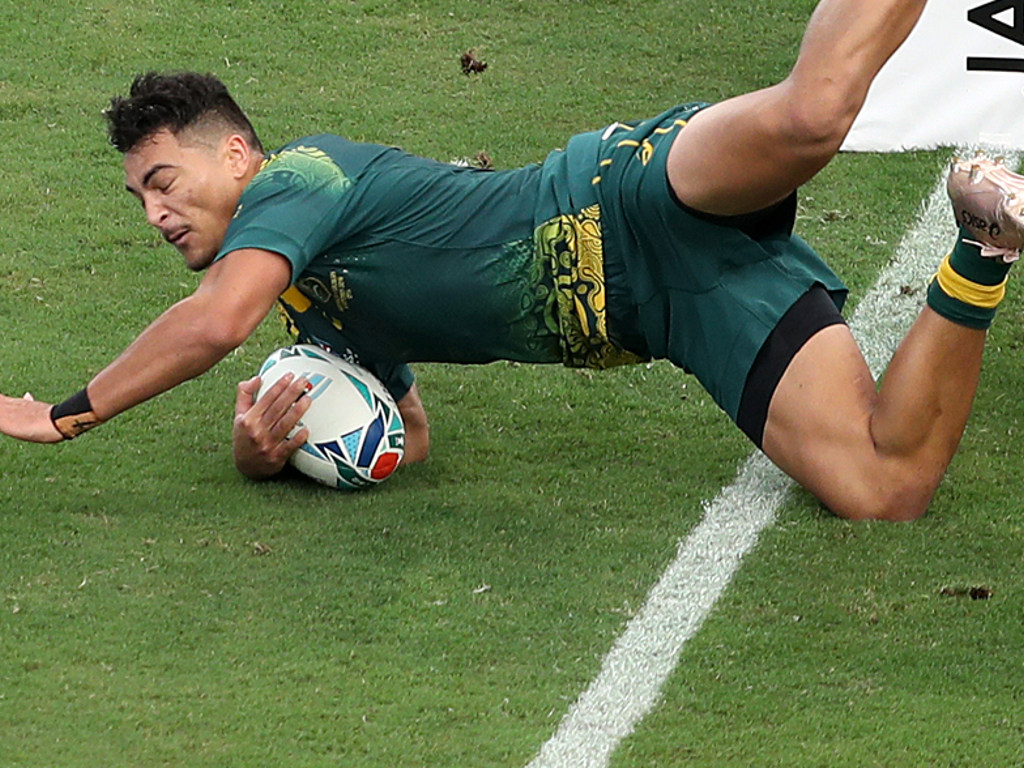 Australia head coach Michael Cheika has sprung a surprise by naming Jordan Petaia at outside centre for their quarter-final against England.

Petaia plays 13 for the first time in his young Test career in one of a number of changes from the Wallabies for the Rugby World Cup clash.

Aged 19, he is the first player born this century to start a Rugby World Cup knockout game in a huge show of faith from head coach Cheika.

Petaia teams up with Samu Kerevi in the midfield while Will Genia will pair up with Christian Lealiifano as the half-back duo this weekend.

“We didn’t sit back and earmark this game for him to come and play at 13,” Cheika said of his decision to select the youngster for this game.

“We just watched the games and made the assessments of each player as they went along, and there were things that we liked.

“And what we’ve seen from Jordan, both on the field in games and also at training, we felt that this would be a game that would suit him.

“The guy has been in around the squad for a while now, even though he’s young. He is more than ready to do this.

“I trust him infinitely, and that’s why he has been chosen.

“I wouldn’t be looking at the age of players at either end of the spectrum. This is going to sound silly, but you just go and play footy you know.

“Yes, it’s going to be fast and aggressive and all that type of stuff, and I know that lad will rise up to that challenge. I’ve seen it in him, so I know he will on Saturday.”

Elsewhere, Reece Hodge returns from suspension and starts on the wing alongside Marika Koroibete, with Kurtley Beale named at full-back.

In the forward pack, Allan Alaalatoa is one of two changes made, along with captain Michael Hooper’s return to the XV after being a late withdrawal against Georgia. Alaalatoa takes the spot of Sekope Kepu while Tolu Latu and Scott Sio start alongside him in the front-row.