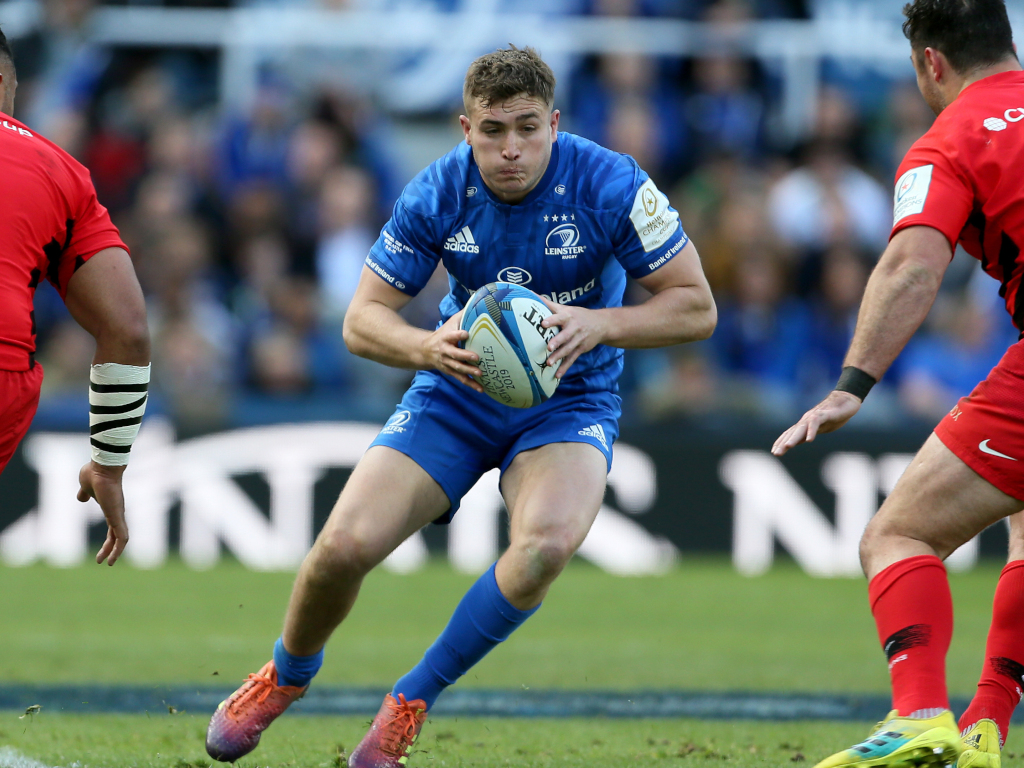 There’s two PRO14 games on the schedule on Friday as Leinster take on Ulster while Glasgow Warriors face Edinburgh in a re-arranged clash.

Ireland skipper Johnny Sexton will captain Leinster as a number of players return from injury for the top of Conference A clash with Ulster.

Hugo Keenan is selected at full-back with Jordan Larmour returning after a shoulder injury to start on the right wing and Dave Kearney selected on the left.

Robbie Henshaw starts in the inside centre jersey with Ross Byrne starting outside him in the number 13 jersey for the first time in his Leinster senior career.

In the half-backs, Jamison Gibson-Park is joined by Sexton.

Cian Healy starts at loosehead prop with Andrew Porter at tighthead, while Sean Cronin makes his first start of the season at hooker after recovering from a thumb injury.

Former Australian international Scott Fardy is joined by James Ryan in the second-row while, in the back-row, fit-again Rhys Ruddock starts with Josh van der Flier at openside and Caelan Doris at number eight.

On the bench, Harry Byrne returns from a back injury picked up in the warm-up before the Northampton Saints game.

Meanwhile, the Ulster team sees five changes to the side that defeated Munster at Kingspan Stadium on Saturday.

Michael Lowry comes in to start at full-back and is joined on the wings by Matt Faddes and last weekend’s Player of the Match, Ethan McIlroy.

Stuart McCloskey and James Hume will form the midfield duo, and in the half-backs, John Cooney partners Billy Burns.

Andrew Warwick and Marty Moore are named at loosehead and tighthead prop, with Rob Herring completing the front-row at hooker. Alan O’Connor comes in to pair with captain Sam Carter in the second-row. Greg Jones, Jordi Murphy and Marcell Coetzee make up the starting back-row forwards.

🆕 Here is your Glasgow Warriors team to face Edinburgh at Scotstoun tomorrow night, brought to you by @MackenzieConstr

Glasgow Warriors duo Ross Thompson and Rufus McLean will make their first starts for the club on Friday, as Danny Wilson makes four changes to his starting XV for the visit of Edinburgh to Scotstoun.

It will be a debut appearance in a Glasgow jersey for Scotland U20 star McLean, whilst Thompson is selected at fly-half after impressing in his cameo off the bench last weekend.

The towering duo of Richie Gray and Scott Cummings continue in the second-row, the former having led the PRO14 with four lineout steals in last weekend’s clash at Murrayfield.

Ryan Wilson once again captains the side from the blindside flank, as Tom Gordon and Matt Fagerson round out the pack.

Thompson’s first run-out at Scotstoun will see him partner Ali Price in the half-backs, with the scrum-half the player with the most club appearances in the Warriors backline.

Robbie Fergusson comes into the midfield in place of Sam Johnson, the Scotland 7s captain resuming his centre partnership with Nick Grigg.

The back three sees McLean and Lee Jones start on the wings, with Huw Jones getting the nod once more at full-back.

Aki Seiuli rotates to the bench after starting last weekend, as the prop joins Johnny Matthews and Enrique Pieretto as the front-row cover.

Fresh from scoring his first try for the club last time out, Lewis Bean is once again named in the number 19 jersey, whilst TJ Ioane continues in the matchday 23 for the eighth successive fixture.

Meanwhile, Edinburgh co-captain and second-row stalwart Grant Gilchrist will return from injury against the Warriors on Friday.

Gilchrist has been sidelined with a groin injury since October and is a welcome boost to the on-field leadership and starting second-row, where he partners Andrew Davidson, who returns from a two-game absence with an ankle injury.

Their inclusion sees Jamie Hodgson move to the bench, while Ben Toolis misses out through injury (ankle).

The two remaining changes to the pack sees Rory Sutherland (loosehead) and Simon Berghan (tighthead) start, trading places with counterparts Pierre Schoeman and WP Nel – who move to the bench – where Nel could make his 150th appearance for the club if called into action.

Three further changes occur in the backline where wings Jack Blain and Eroni Sau come into the squad for Duhan van der Merwe and Darcy Graham – absent through injury (knee) and personal reasons respectively – while scrum-half Nic Groom starts in place of Henry Pyrgos, who moves to the bench.

Edinburgh edged the previous meeting between the sides 10-7 after the turn of the New Year at Murrayfield, with the return fixture vital for PRO14 points alongside the prospect of keeping the coveted 1872 Cup in the east of Scotland.

The starting side is completed by reselected full-back Blair Kinghorn, who combines with Sau and Blain in the back-three, Mark Bennett and Chris Dean reform the midfield once more and stand-off Jaco van der Walt returns to partner Groom at half-back.

The pack is completed by co-captain and hooker Stuart McInally, who links up with Sutherland and Berghan in the front-row, and an unchanged back-row trio of Villiame Mata (number eight), Jamie Ritchie and recently re-signed openside Hamish Watson.

On the bench David Cherry takes the place of Mike Willemse.