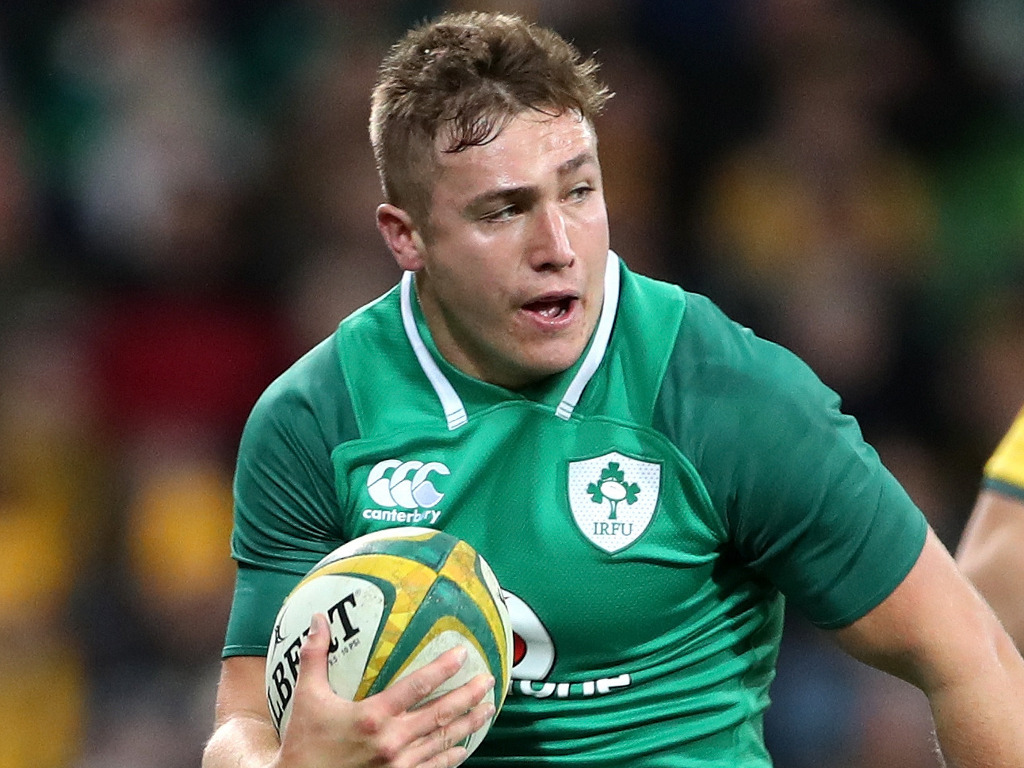 Jordan Larmour has been ruled out of Ireland’s remaining Six Nations fixtures and their Autumn Nations Cup campaign after suffering a dislocated shoulder.

Larmour was withdrawn injured during Leinster’s PRO14 win at Benetton on Saturday.

The 23-year-old is set to undergo a procedure on the problem and will miss his country’s rescheduled Six Nations games against Italy on October 24 and France a week later.

While the length of his enforced absence is not yet clear, he will also sit out matches against Wales, England and Georgia in the Nations Cup, which starts on November 13.

The 21-year-old sustained an adductor strain against the Italian side at the weekend and faces further assessment from his province’s medical team.

A Leinster statement read: “Jordan Larmour was withdrawn against Benetton Rugby with a dislocated shoulder and will have a procedure this week.

“There is no timeline on his return yet until after the procedure but he will be unavailable for the upcoming Guinness Six Nations and Autumn Nations Cup.

“Ryan Baird was also withdrawn from the game against Benetton Rugby with an adductor strain. He will be further assessed this week by the Leinster Rugby medical team.”

Ireland are currently fourth in the Six Nations table but only four points off joint-leaders England and France and with a game in hand over their title rivals.

National team captain Johnny Sexton (hamstring) and Leinster team-mates Ronan Kelleher (quad) and Andrew Porter (hamstring) are due to join up with their country as planned before undergoing assessment on their respective problems.

According to his province, the 24-year-old – who was not included in Farrell’s latest international squad after suffering an injury against Dragons on October 2 – will be out “for a number of months” because of an ACL problem.

Prop Tadhg Furlong, another player not selected by Farrell last week, will remain under Leinster’s supervision as he recovers from a calf problem.