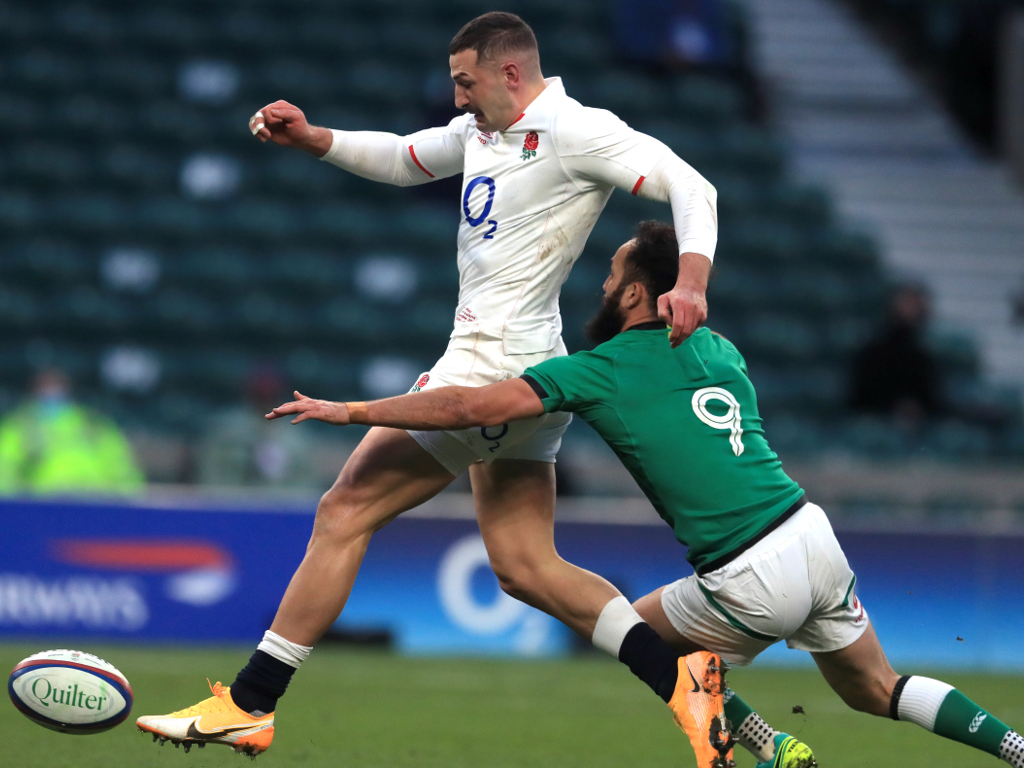 Jonny May was unable to recall the wonder try that blasted Ireland out of contention in a 18-7 Autumn Nations Cup victory.

May engineered one of Twickenham’s greatest tries in a sensational solo run that started inside his own 22 as he slipped through the Irish defence before winning the race for his own kick.

It was the second of his two five-pointers – he is now joint second in the nation’s all-time scoring list on 31, 18 behind Rory Underwood – and he admits he was running on instinct only.

“Everything happened really quickly, I can’t really remember it at the moment,” said May.

“Off the back of good work defensively it creates the turnover and gives us the ball in space, so credit to the pack.

“I don’t have enough time to think about it when it’s like that off a quick turnover ball.

“There are just so many feelings and emotions when you score a try for your country – it’s such a great feeling, but you have to quickly get back to the job and see the game out. It is awesome scoring tries for England.”

For his opener, May outjumped Hugo Keenan to catch Owen Farrell’s cross-field kick and touch down.

“The first one was advantage and you have a shot to nothing. I had exactly the same against Georgia and I didn’t get it, so I practised it last week because I was annoyed with myself. I ended up getting it here,” he said.

May insists eclipsing the record set by Underwood is not on his radar.

“You don’t start rugby to achieve those sort of things, those are the things that you reflect on when you are done playing – so just head down and keep working hard at the moment and see where I can take my game,” added the 30-year-old.

“Tries are great and I love scoring them, but they come and go and every week I have to make sure I defend well, my basics have to be brilliant.”