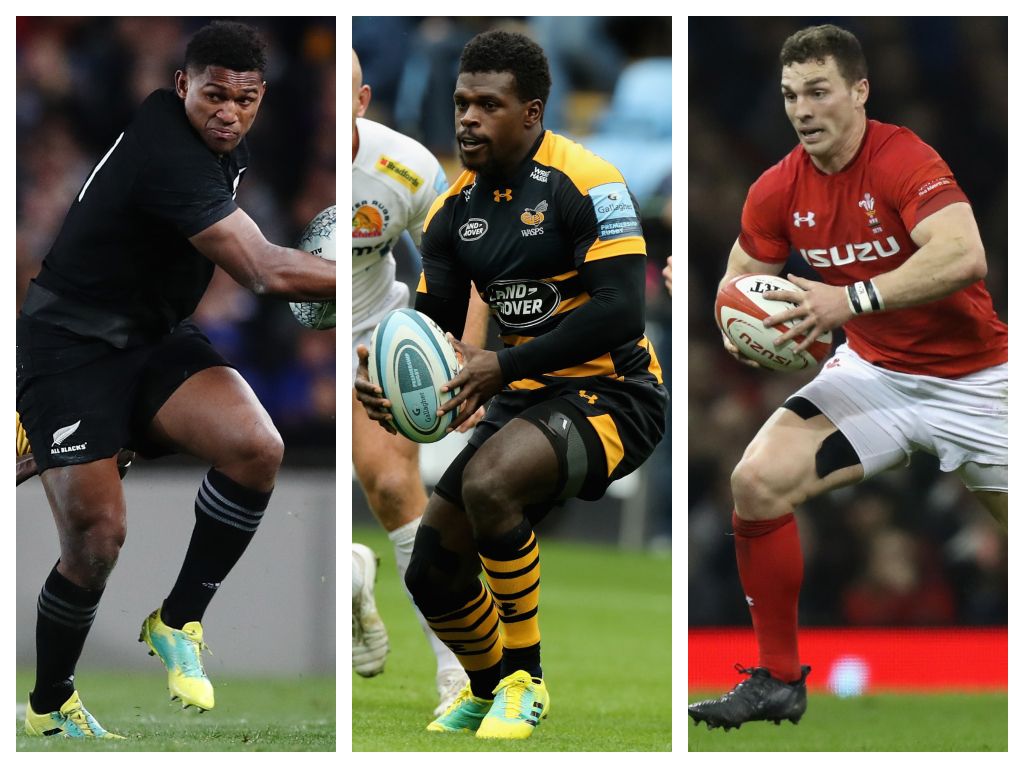 How big are you? Are you a big boy? Does size really matter?

It’s a question most of us have asked ourselves over the years and the answer, when it comes to playing on the wing at least, seems to be, yes, the bigger, the better.

Or at least, this is Christian Wade’s view. The former Wasps wing is leaving rugby in order to play American Football with just a single England cap under his belt and believes at 5′ 8″ tall he was always thought too small to be a successful international despite being the Premiership‘s third highest all-time try scorer.

“I have had it all through my career that maybe I was too small to play for England,” the 27-year-old told the Rugby Union Weekly podcast.

Clearly, he feels it has been a major issue in stifling his international career.

“Even from when I was young I have felt English rugby has always been about size. When I was 16 I didn’t get picked in the main team because I was too small and they wanted big wingers – and it’s always been like that.”

The stats do rather bear Wade’s view out, not just in relation to England but in world rugby in general. George North is 6′ 4½”, Julian Savea is also that height, Israel Folau is 6′ 4″, Waisake Naholo is 6′ 1″ as is Willie le Roux. And of course Nemani Nadolo is a giant 6′ 5″. Tackling him must be like trying to tackle a train.

In fact, the majority of the top wings in international rugby are well over six foot with the significant exception of Welshman Leigh Halfpenny at 5′ 10″.

Obviously, the advantages of having a substantial slab of man meat on the wing is in terms of defensive abilities. When I played on the wing as a 5′ 10″ teenager, defence was very much a secondary activity for me and I wasn’t untypical in that. Mostly my job was to get the ball and then run like a whippet with a firework up its back side, which was the only thing that I was good at. Yes I occasionally had to try and put the opposition wing into touch, but that was the full extent of my defensive duties. However, these days being a wing often involves being part of a larger back three and the days when it was all about being able to run very fast are long gone.

But while it initially seems to makes sense to have a tall and fast man on the wing, Wade would disagree that it is essential to be effective in modern rugby.

“I felt I have always had to prove myself, and I think my size gave me the stigma about not being able to defend and not being a good defender, because if you look at my stats they were up there all of the time.”

That must be very galling for him and let’s face it, England’s all-time try scorer is one Mr Rory Underwood. The Middlesbrough man scored 49 tries in 85 games for his country despite only being 5’ 6″. The last game he played was 22 years ago though and clearly, there has been a cultural and tactical shift since then and a shift upwards in the size of all top rugby players. Maybe the greatest of all-time was David Campese and he came in an inch under six foot which pretty much makes you a wee shuffler in the modern game.

Wade’s comments should make us question whether the biggest is always the best. Halfpenny’s success suggests it isn’t the be all and end all. It certainly didn’t used to be the case and it is easy for such notions to become based in assumption and not fact.

We know that effective defence is about the application of your power, not purely the amount of power you have. If Wade’s defence stats stand up against bigger men, he’s every right to think he has been overlooked purely on height and physique and not on talent.

While it may be good to be big, it’s better to be better.