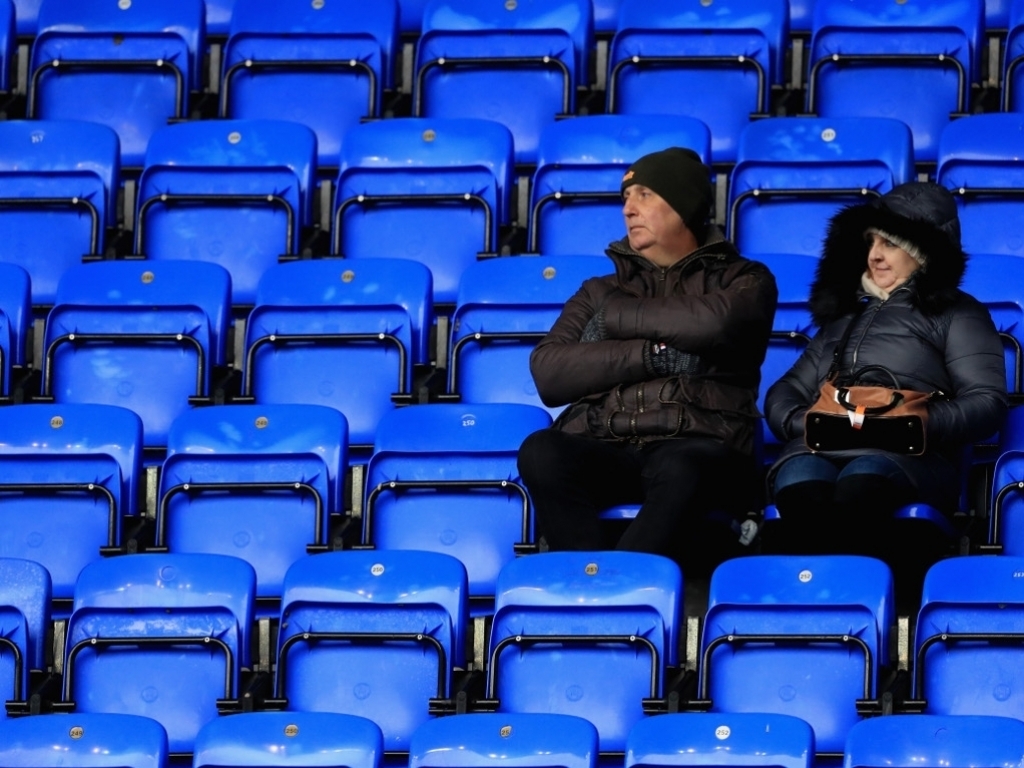 Is rugby really popular, or not very popular at all? The answer is, perhaps weirdly, both.

When it comes to international rugby, cup finals, or some annual ‘special’ games, it attracts big numbers.

Pretty much every international game is a sell-out.

But step away from the cup and international arena into the Premiership and it is usually a different story.

Last year, table-topping Wasps averaged just over 15,000 in the 32,000 capacity Ricoh Arena, despite the fact you would be guaranteed to see some really good, winning rugby.

When the national side can get over 80,000 to see them, it seems odd that one of the best teams gets 80 per cent less to see them.

Last month, Harlequins played Bath at the Stoop to a crowd of just 7,450. To give a perspective on that, it’s less than Notts County’s average attendance in the fourth tier of English soccer, and even some 5th tier National League games pull a bigger crowd.

But it is a confused picture, because when Harlequins play the annual December ‘Big Game’ at Twickenham, over 77,000 can turn up. It’s still Premiership rugby, still the same competition, but it’s a special occasion housed at Twickenham and apparently this makes it irresistible. 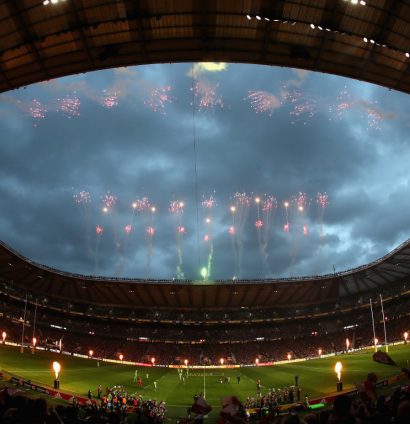 This rather bipolar attitude to watching rugby is hard to explain.

Small crowds are obviously partly due to the limited capacity of some of the grounds. Exeter sit atop the league with a ground that holds just 12,800. The AJ Bell Stadium only holds 12,000 to name just two.

There’s nothing worse than being in a 35,000-seater stadium with 25,000 empty seats. But then a severely restricted capacity in itself could be a self-perpetuating unpopularity. Surely a side like Exeter who are going to finish first could attract a bigger crowd? Fans tend to flock to winners.

The huge attendances for international games, selected club games and cup finals reflect how popular rugby is, but it would appear there simply isn’t a strong enough club culture to draw sizeable crowds for other league games, even though the quality of those games is not significantly worse entertainment.

How to explain London Irish’s average attendance being about 8,000 to 10,000 at the 24,000-capacity Madejski but 56,000 at Twickenham for the London Double Header? Obviously, you get to see two games but even so, that is a massive discrepancy.

Football has a kind of tribal loyalty that seems largely missing from rugby. This is a rather good thing because it means fans are less blinkered and one-eyed, but it also means ties to the club are perhaps not as strong. Far fewer people turn up for every game out of loyalty, or even out of mere habit. Rugby fans tend to be fans of rugby per se, rather than of any specific club.

The ironic thing is that actually, as I have written previously, the matchday experience of a club rugby game is far better and more enjoyable than a soccer game. Not even close, in fact.

I’m not sure this fact is properly marketed outside of rugby’s hardcore and maybe that’s also part of the problem.

The reason for modest (if rising) crowds must actually be both cultural and structural. The lesson from the attendance gulf between ‘special’ games and the rest must be that to pull bigger crowds, more games must somehow be made to be special. Indeed, it is essential for this to happen if the Premiership clubs’ finances are to improve. 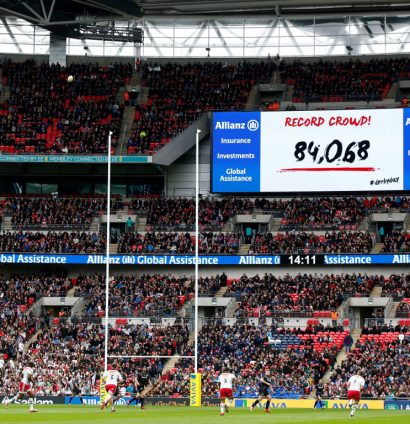 The Aviva is widely felt to be a competitive league; a good product. But perhaps there is a lack of jeopardy in terms of relegation, with only one going down (and even that is now in doubt, which is a whole issue in and of itself).

But regardless, dress a game up in the way the London Double Headers are, put it in a big stadium and it’ll be a sell-out, so this makes it seem like low crowds are more a symptom of a failure of marketing than anything else. Perhaps Double Headers could become a more widespread, regular thing if they are such a hugely popular draw.

There’s clearly a big rugby demand but not one that the league competition is attractive enough to consistently satisfy big numbers, nor one some could even accommodate.

It seems such an odd state of affairs that such a hugely popular sport has a top league that isn’t more popular.

However, a collective addressing of this problem seems the most obvious way to make a positive and important impact on club debts.