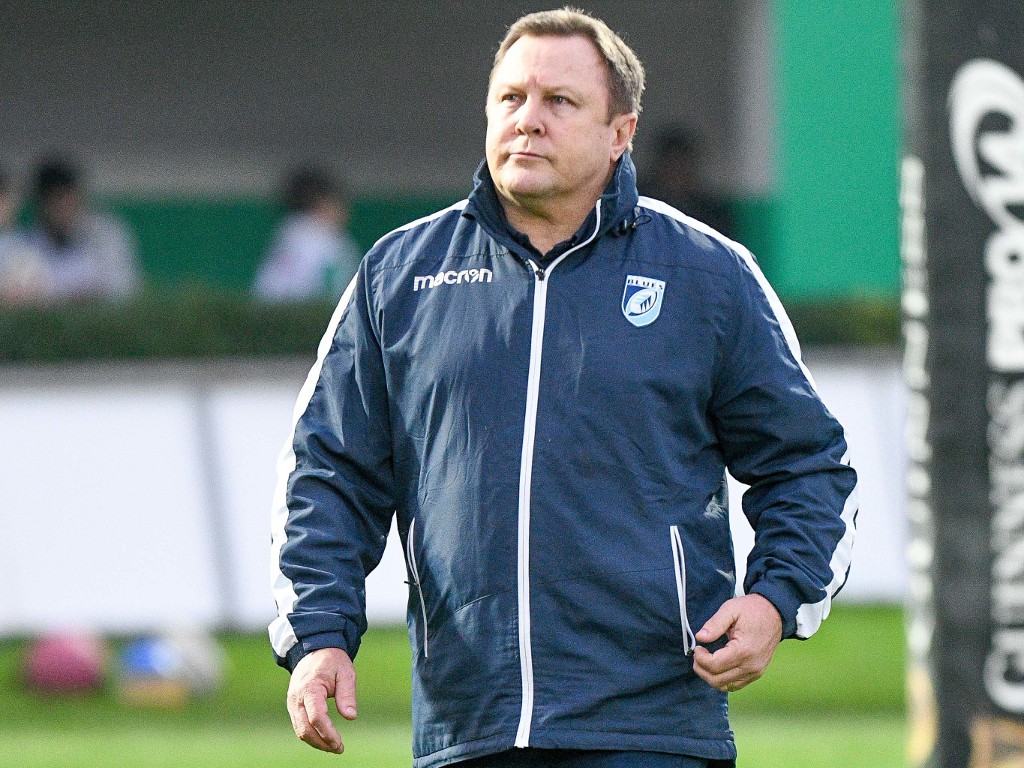 Cardiff Blues coach John Mulvihill hailed his entire matchday squad after they secured a dramatic 31-28 victory over Benetton in Treviso on Saturday.

After the clock turned red, Rey Lee-Lo’s bust put Jason Harries through for a match-winning try, securing a bonus point in the process as Wales’ capital region left Italy with maximum points.

Last season, it was the Italian outfit who secured a last gasp win at Stadio Monigo, but Mulvihill was delighted to turn the tables and seal a momentum-boosting victory away from home.

“After the heartbreak here last year, it was awesome to finish that game in that manner.

“We were in front on 79-minutes back then but got beaten and we’ve managed to turn the tables tonight.

“We knew before the game that they’d turn up fully stacked with internationals but we came here with a very simple game-plan.

“We said that if we hung in there long enough, then they’d break and they did.

“We’ve developed some depth at the club and even the boys who came off the bench were fantastic.

“Each and everyone of them added to that victory today.

“Our scrum was good, our line-out was dominant and we were up against a massive pack.

“We were out-weighed, they were bigger than us but we stuck in there and had a lot of fight in us.

“I don’t think their players thought we’d turn up with such fire tonight, but that’s what got us over the line.

“It builds up momentum that we can bounce into next week, with some international boys back as well. We can freshen some boys up and really hit the ground running next week.”

Among the scorers were back-row youngsters James Botham and Alun Lawrence.

Mulvihill was proud to see the squad’s youngsters step up in the absence of senior stars, and says they’ll push for a regular spot if their form continues.

“Alun Lawrence is a young player who’s come through our academy group and has been fantastic for Pontypridd over the last two seasons,” said the Australian.

“He got his chance today, he scored and did really well.

“We’ve got some good young boys coming through our back row. It might be hard for them at times to keep their positions but if they keep putting their hands up from week to week, then it will be hard to let them go.”