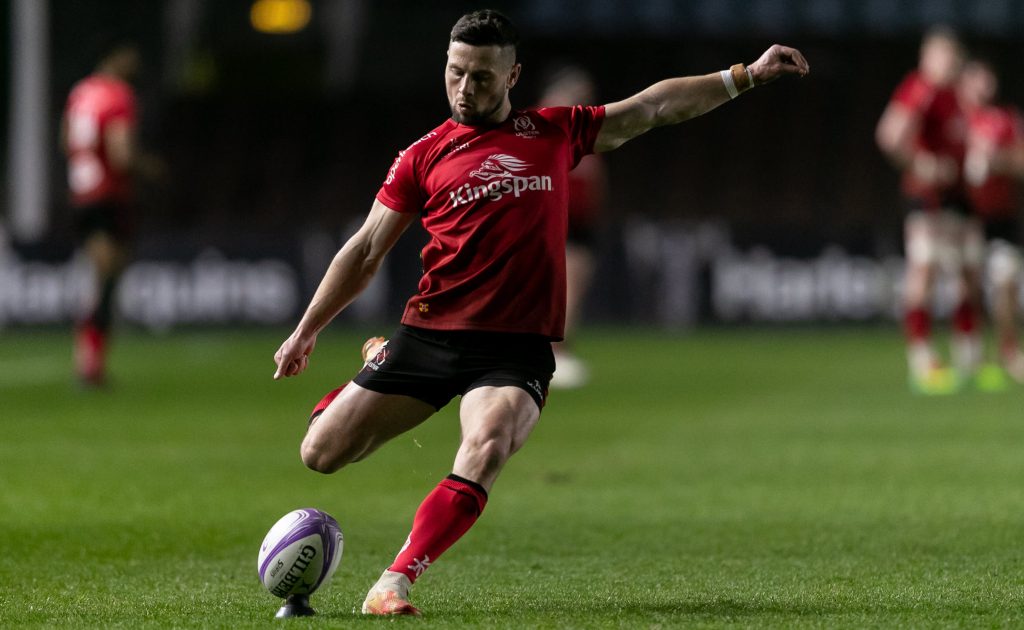 Scrum-half, John Cooney, and utility back, Will Addison, are the latest players to commit their futures to Ulster, with 23-year-old Irish-qualified Sean Reffell making the move to the province next summer.

Since joining Ulster in 2017, 31-year-old Cooney has been a mainstay in the province’s matchday squads. The talismanic player is known for his sniping runs, kicking success, and ability to dictate games.

His performances for the province have seen him consistently rank among the top points-scorers in the PRO14, now United Rugby Championship, competition.

Meanwhile, Ireland international Will Addison is set to continue to bring his superb vision and ability to create tries to the Ulster set-up. The 29-year-old, who is equally comfortable in midfield and at fullback, has been with the province since 2018 after racking-up over 100 appearances for Sale Sharks.

23-year-old, Sean Reffell, will join Ulster from Saracens, where he was awarded the Young Player of the Season award for 2020/21. The Irish-qualified back-row also holds the Saracens record for most tackles in a game, with 39 tackles made in the Premiership Rugby Cup semi-final versus Worcester in 2019.

Known for his impressive work-rate, the former England U20s openside has made close to 40 appearances for his current club since a debut in the Anglo-Welsh Cup in November 2017.

Ulster head coach, Dan McFarland, said: “John is a valued member of our squad, who continues to play a central role in the team, both on and off the field. It is great that he has bought into our ambitions for the future, and his experience and skills will play an important role in helping us to achieve those.

“I am also delighted that Will is remaining with us, and I look forward to seeing him back out on the field soon. Will has been extremely unlucky with injury recently, but with his play-making abilities and versatility, he is set to continue to make an impact for Ulster in the time ahead.

“We are looking forward to welcoming Sean to the province next summer. With an already impressive track-record for Saracens, he will be a great fit alongside some real quality in our back row, and I am confident he will be a valuable addition to our squad.”