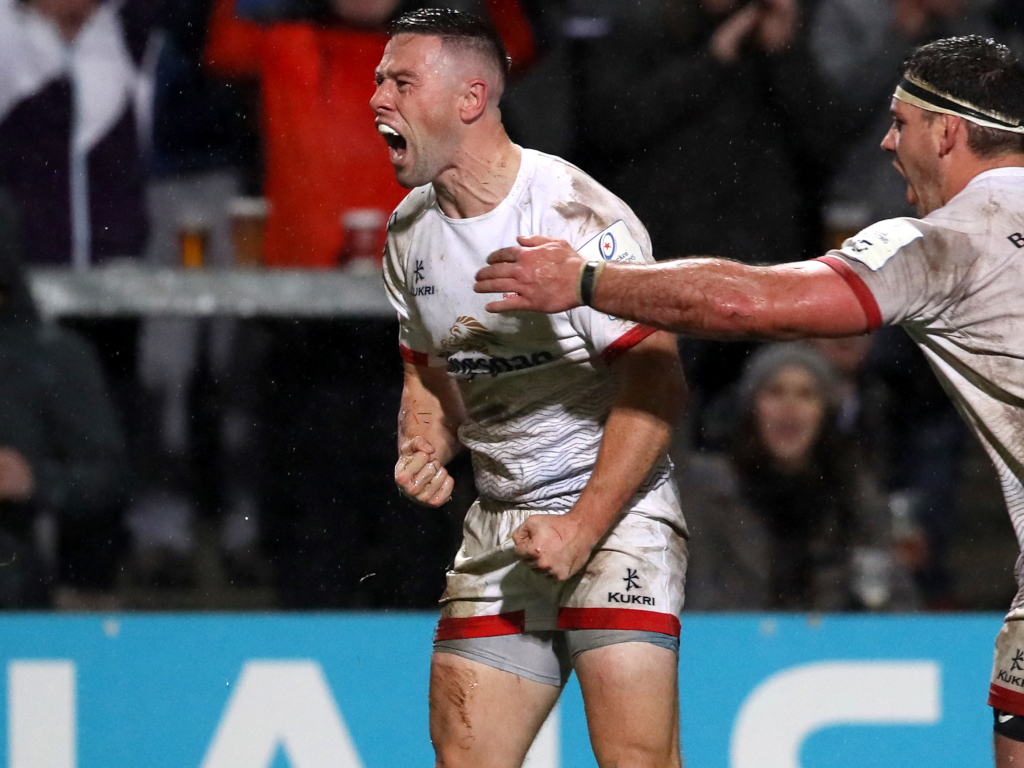 Joe Tekori and Cyril Baille return to the Toulouse XV to take on Ulster at the Stade Ernest-Wallon.

With Tekori back at lock, captain Jerome Kaino returns to his favoured position at blindside and he is joined in the back-row by Francois Cros and Selevasio Tolofua.

The backline remains unchanged, however, where Antoine Dupont and Romain Ntamack line-up at half-back. They will hope to release the talent in the outside backs, which includes star wing Cheslin Kolbe.

Meanwhile, scrum-half John Cooney returns to the Ulster starting line-up and is one of four changes to the side that played in the PRO14 final versus Leinster last week.

Cooney will be paired with Billy Burns at fly-half, while the rest of the starting backline remains unchanged. Michael Lowry is named at full-back, with Jacob Stockdale and Rob Lyttle on the wings. Midfield duo Stuart McCloskey and James Hume will once again start.

In the front-row, Jack McGrath comes in at loosehead to join Rob Herring at hooker and Tom O’Toole at tighthead prop. Iain Henderson will lead the side and is joined by Alan O’Connor in the second-row. Sean Reidy makes a positional switch to blindside, while Jordi Murphy and Nick Timoney come in to the starting XV at openside and number eight.

Exeter Chiefs are back at full strength for Sunday’s Champions Cup quarter-final tie against fellow English side Northampton Saints at Sandy Park.

The Devonians rested their frontline players in their previous Premiership match – a 40-17 defeat to Saracens – but they all return for this huge clash.

Fly-half Joe Simmonds once again captains the team and he is joined at half-back by Jack Maunder, while centre Ian Whitten is set to make his 50th Champions Cup appearance.

Henry Slade starts at outside centre and he will look to create space for their dangerous back three, which includes Stuart Hogg, Jack Nowell and the fit-again Tom O’Flaherty.

There is also a familiar look to the pack, with the in-form Luke Cowan-Dickie at hooker and a back five that features Jonny Gray, Jonny Hill, Dave Ewers, Jacques Vermeulen and Sam Simmonds.

For Northampton, director of rugby Chris Boyd has named his side, with Courtney Lawes set for his 50th appearance in Europe’s elite tournament.

The men in Black, Green and Gold travel to Sandy Park for the first-ever meeting between the sides in European competition – it is however the ninth time Saints have reached the quarter-finals of the Champions Cup, winning on three previous occasions.

Lawes, who already has more than 200 club appearances to his name, notches up another milestone in his storied career on Sunday as he brings up a half century of Champions Cup appearances.

He lines up in the back-row alongside England teammate Lewis Ludlam and Saints skipper Teimana Harrison at number eight.

David Ribbans and Api Ratuniyarawa start in the engine room, while Mikey Haywood is named at hooker and World Cup-winning All Black Owen Franks at tighthead prop.

Northampton’s injury concerns at loosehead have been well publicised this week and 19-year-old prop Manny Iyogun will make his Champions Cup debut for Saints, with Gloucester loanee Alex Seville coming straight onto the bench to provide cover for the men in Black, Green and Gold.

Dan Biggar – who averaged more points per game (13.6) than any other player to play more than once in the pool stage of the competition – starts in the 10 jersey, with scrum-half Henry Taylor given the nod inside of him.

Scotland’s Rory Hutchinson is selected at inside centre with Fraser Dingwall completing the midfield, and Boyd opts for a back three of Ahsee Tuala, Matt Proctor and full-back George Furbank.

Amongst the replacements, Saints go with a 6-2 split with the likes of Nick Isiekwe, Shaun Adendorff, Alex Mitchell, and Taqele Naiyaravoro hoping to make an impact off the bench.