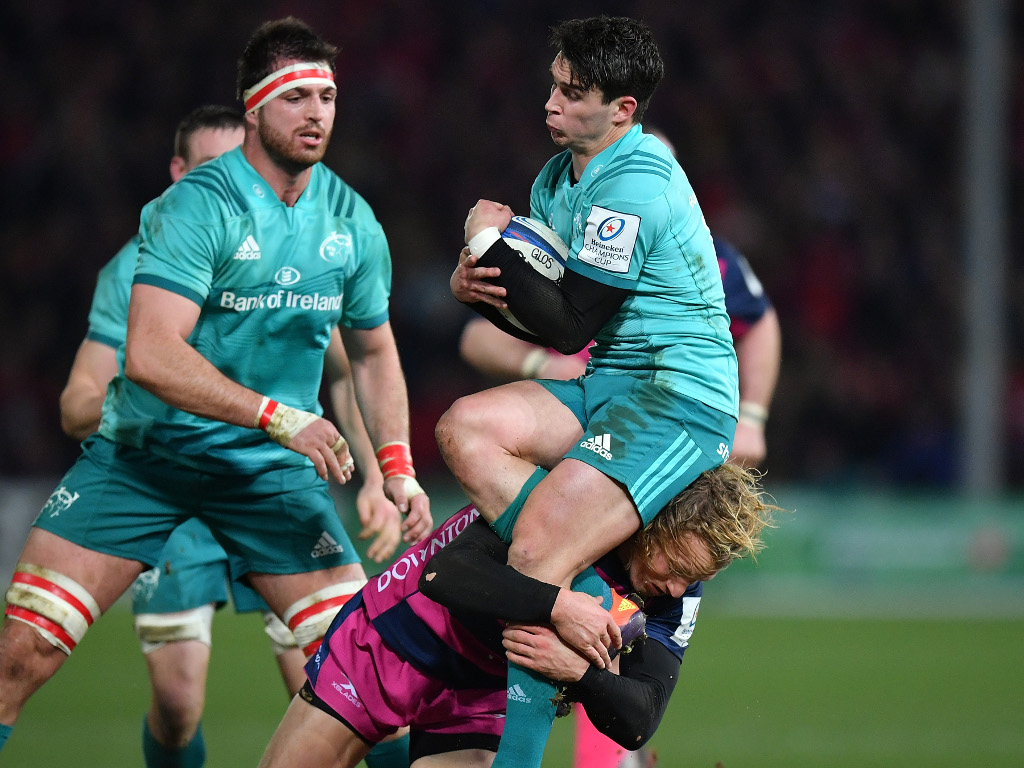 Munster strengthened their position at the top of Pool 2 of the Champions Cup as they impressively beat Gloucester 41-15 at Kingsholm on Friday.

Tries from Joey Carbery (2), Rory Scannell, Keith Earls and Andrew Conway sealed the bonus-point win that moves them to 17 points.

In reply Gloucester scored twice, through Ollie Thorley and Fraser Balmain, as they stay rooted to the foot of the pool after five games.

It was vintage Munster in the West Country and while Carbery was the star with a 26-point haul, the collective performance was outstanding. Defensively the visitors were rock solid at vital times while in attack they showed a potency that will worry other European challengers.

The only negative for Munster from the win was the sight of flanker Peter O’Mahony being forced off with what appeared to be a rib injury.

For Gloucester this is a third successive loss in all competitions and even the return of Danny Cipriani could not change their fortunes. They’ll now end their Champions Cup campaign away at Castres next Saturday while an in-form Munster face Exeter Chiefs at Thomond Park.

On this form they’ll fear no one as after the early sparring Johann van Graan’s men turned the screw, Carbery crossing first in the 24th minute thanks to a superb flat pass from half-back partner Conor Murray. That converted crossing and a penalty took Munster 13-3 ahead.

A key Scannell try after over 30 phases on the Gloucester line extended the lead to 17 points at the break as they showed admirable patience.

Despite Thorley going over after Cipriani’s pass on 52 minutes, Munster would soon hit back through Earls as they remained 17 points in front.

Balmain did cross from close quarters but then came a double strike from Munster. First Carbery’s smart grubber saw Conway race over and then the fly-half swooped to intercept Ben Morgan’s risky pass near halfway and strolled over to put the seal on a hugely impressive win.