Home News Joey Carbery out for up to six weeks 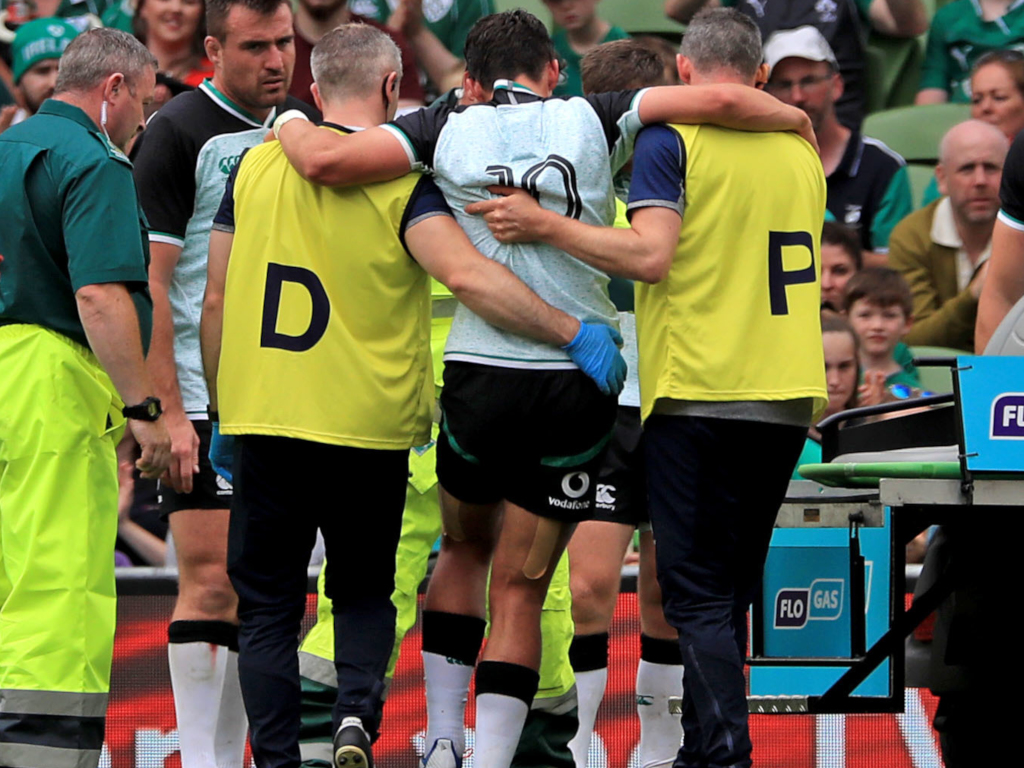 Ireland fly-half Joey Carbery is in a race to be fit for the start of the World Cup after being ruled out for four to six weeks following an injury sustained against Italy.

The Munsterman was carried off with an ankle issue during their match in Dublin on Saturday and will miss the rest of the team’s warm-up matches.

Carbery has still been named in the updated 40-man squad, however, which has seen Joe Schmidt cut three more players.

Finlay Bealham, John Cooney and Mike Haley have returned to their provinces, with the national squad spending the next few days in Portugal on a warm weather training camp.

A statement read: “Joey Carbery will rehab his ankle injury with the national squad and is expected to be available for selection in 4-6 weeks.

“Devin Toner’s ankle knock has not presented any further issues while Rob Herring, who retired from the game early due to a back spasm, has also fully recovered.

“Finlay Bealham, John Cooney and Mike Haley have returned to their provincial bases.”