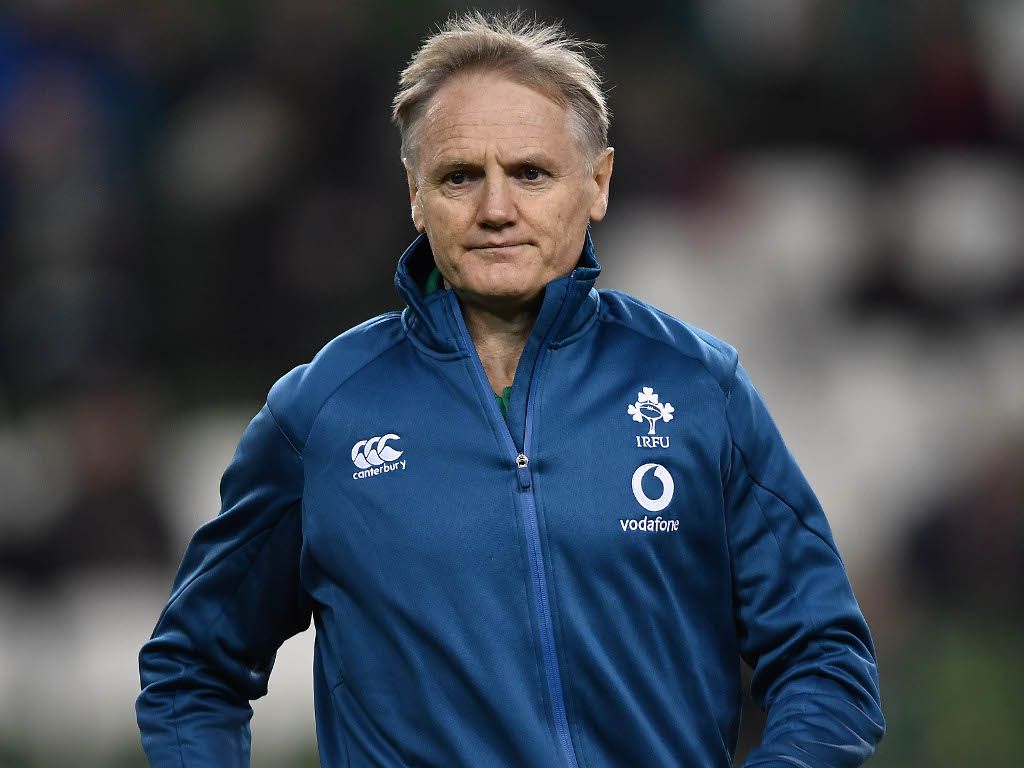 Ireland boss Joe Schmidt has ruled himself out of taking over the reins from Steve Hansen as the All Blacks‘ coach after the Rugby World Cup.

Schmidt indicated late last year that he will not renew his contract with the Irish Rugby Union after the global showpiece and Hansen also announced shortly afterwards that he will be stepping down from his role as the world champions’ coach after the tournament.

At the Six Nations launch in London on Wednesday, Schmidt reiterated his plan to take an indefinite break from rugby after Ireland’s World Cup campaign in Japan later this year.

And apart from ruling himself out of the All Blacks’ coaching job, Schmidt also said he is not interested in guiding the British and Irish Lions on their tour of South Africa in 2021.

“Certainly not for 12 months and I’d say quite likely longer than that. We have a couple of family-related projects that we want to work our way through,” he said.

“I don’t spend a lot of time at home already so it’s probably high time I did.

“I wouldn’t be available [for the Lions] if asked at the moment.”

When asked later by the New Zealand Herald whether he had any interest in replacing Hansen, Schmidt replied: “Not really.”

He also outlined the evolution of his career as a way of explaining why he seems satisfied to pass up the chance to coach the world champions.

“I’m an incredibly accidental coach,” Schmidt said, explaining how his career as a rugby coach began when he started teaching.

“I’d been playing a bit of basketball as a point guard – I’m not the biggest man.

“When I first started at Palmerston North Boys’ High I got told by Dave Sims, the director, that I needed to be involved in the co-curricular life of the school and I said ‘I’d love to coach basketball’.

“At the time I was playing on the wing for Manawatu and it kind of went from there.

“I played rugby from the time I was four-years-old so it’s not I don’t love the game but it wasn’t an intended career. I have a few priorities that reshaped the thinking a little bit.”

Schmidt tried to brush aside any personal praise attached to his transformation of Ireland, who are the Six Nations defending champions, World Cup contenders and the second ranked team in World Rugby’s rankings behind New Zealand.

“At the same time, to be honest, you can’t keep riding your luck,” he said.

“I’ve had an unbelievable time in the game whether it be with Bay of Plenty and the Ranfurly Shield or even when we finished up at the Blues with the last semi-final which I thought was a really good step.”

After leaving the Blues, Schmidt had success at Clermont, where he was an assistant to fellow New Zealander Vern Cotter, before becoming the head coach at Leinster and Ireland.

“You’ve got to run out of luck at some stage,” he added.

“I felt we did a bit in 2015 at the World Cup so that’s something that’s probably a good time to finish on – post that I’ll have had two shots at trying to get guys ready for that and then finish up from there.”

New Zealand Rugby (NZR) has long been interested in luring Schmidt back to the country of his birth.

The NZR approached him to replace Wayne Smith at the All Blacks in 2017 but he opted to renew his contract with Ireland for a further two years.

NZR chief executive Steve Tew has said he hopes Schmidt does not take a long break after the World Cup, and the national body may attempt to change his mind.

But Schmidt’s mind appears to be made up which leaves current All Blacks assistant Ian Foster as the favourite to succeed Hansen.

“I said to my wife that we’d get these 12 months done,” said Schmidt.

“She said she thought I’d last 12 days potentially without needing to do something.

“I have had an incredibly planned life for so many years. You get the daily itinerary from the office, they give me my schedule for the week, where I’m going and who I’m seeing.

“I’m kind of looking forward to 12 months where I can invest that energy in one direction and also not have a daily itinerary or a weekly plan that says this is how you fill your time, and it is very well filled I have to say.”