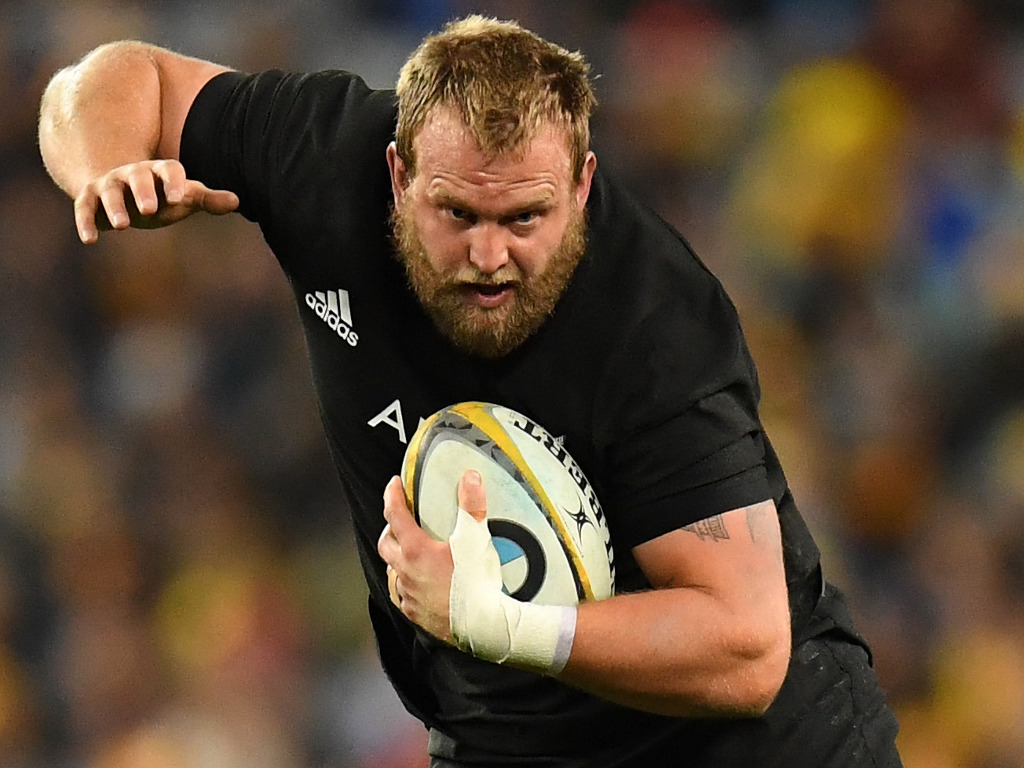 With the non-selection of veteran tighthead prop Owen Franks, Moody, who has 41 Tests to date, became by default the most experienced of the All Blacks props.

It marked how far he had come since he made his debut in 2014 when an injury replacement. It was the same way he became a member of the successful 2015 World Cup campaign when called in as a replacement for the injured veterans Tony Woodcock and Wyatt Crockett.

Having missed the initial Cup squad, Moody got stuck in with Canterbury in New Zealand’s domestic provincial competition and was playing well enough by the time he joined the All Blacks to play in all three knockout games en route to securing the trophy in the final over Australia.

Injuries toward the end of the 2018 season and during the 2019 Super Rugby competition reduced Moody’s playing time during the season but once back in action there was little doubt he would be included in the All Blacks’ side.

His presence is crucial for a side which has Ofa Tuungafasi with 30 caps, Nepo Lauala with 20, Angus Ta’avao with eight and Atu Moli with two.

While there had been a lack of scrums in the weekend’s Tonga game, the All Blacks had been dominant, securing two tightheads with old-fashioned pushing power, one of them achieved while Moody was on the field.

He said the combination of props heading to the World Cup was working well and there was a realisation they needed to be doing more than the traditional core roles, especially playing with the ball.

“It is a focus for all of us front-rowers to get the ball in hand and carry,” Moody told the All Blacks’ official website.

“Yes, they want to see offloads and everything but at the same time you’ve got to make good decisions around that so offload if you can and if not just carry hard and get a good placement for the backs to go forward on.”

Offloading was something he practised but it was a case of getting into the best possible positions to use it, he said.

While the game against Tonga had been a one-sided contest, he still felt the front-row got value out of the game.

“There was a couple of different personnel in there so it was good to actually get the combinations going and getting in sync with each other at scrum time and all working together,” added Moody.