Home Premiership Joe Launchbury back as teams named for semi-finals 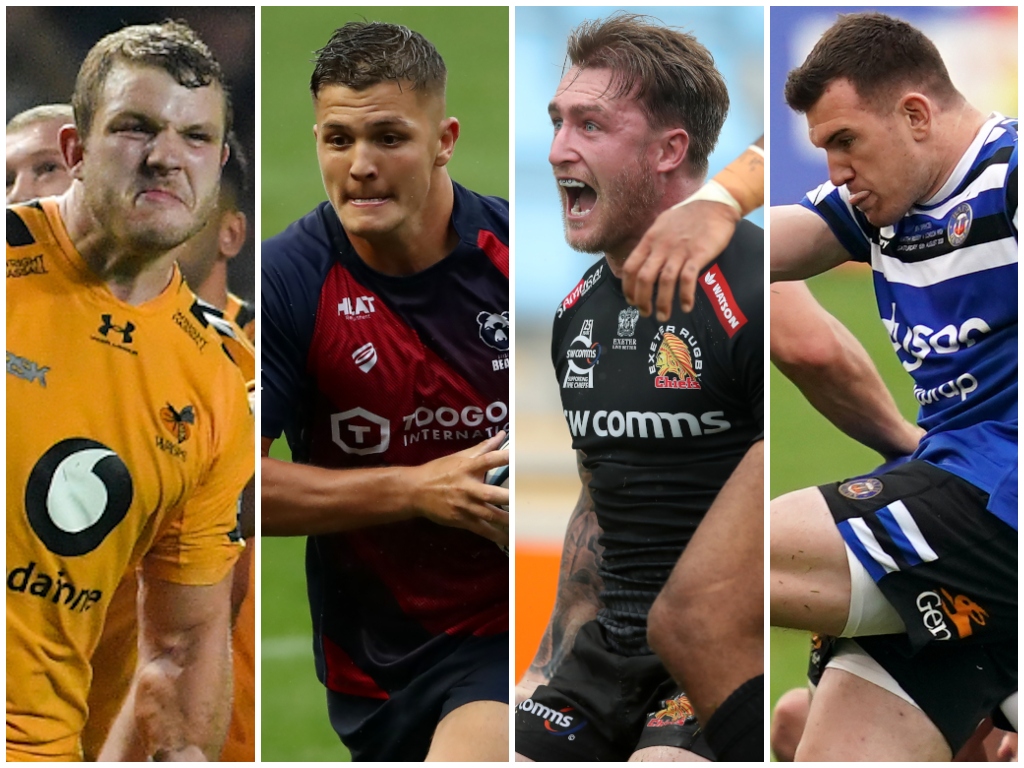 It’s semi-final time in the Premiership this Saturday as Wasps take on Bristol Bears before Exeter Chiefs host Bath in two mouth-watering matches.

Wasps are bolstered by the return to fitness of England second-row Joe Launchbury as they prepare to face Bristol Bears at the Ricoh Arena on Saturday.

There are two changes to the starting line-up that beat Exeter Chiefs as Launchbury is back to captain the side at lock and Jack Willis returns to the back-row.

The backline is unchanged from the victory over Exeter last Sunday, with Wasps looking to secure their place in the Premiership final at the expense of Bristol.

Speaking of the Bears, their director of rugby Pat Lam – who has overseen a record points tally for the club in the top-flight regular season – selects an entirely new starting line-up to the side that suffered defeat to Wasps in Round 20 of the competition.

Skipper Steven Luatua returns to lead the side, while Nathan Hughes is also named in the back-row that includes the in-form Ben Earl.

Andy Uren is selected at scrum-half while Callum Sheedy, fresh from an international call-up with Wales, also comes back into the side.

George Kloska is listed among the replacements with Will Capon (ankle) and Bryan Byrne (hamstring) unavailable.

Form: Wasps have reached their fourth Gallagher Premiership Rugby semi-final in the last five years but their only victory in those encounters was by a single point against Leicester Tigers at Ricoh Arena in 2017. Wasps have won their last six matches since their 11-20 reversal at home to Sale on 25 August. That defeat was their only home loss in any tournament since Bordeaux-Begles beat them in Coventry on 18 January. Bristol Bears’ only previous Premiership Rugby semi-final appearance was in their 14-26 defeat to Leicester at Welford Road in 2007. The Bears have lost just once since the end of August: 13-59 to today’s opponents Wasps at Ricoh Arena in round 20. Wasps have won their last nine fixtures against Bristol in Gallagher Premiership Rugby whilst the Bears only victory over them in the competition since 2001 was 26-21 at Memorial Stadium in September 2006. Bristol have made four previous visits to Ricoh Arena with their only victory being 30-19 in the Premiership Rugby Cup in November 2018. The two clubs have met in only one previous semi-final encounter – in the Tetley’s Bitter Cup at Madejski Stadium in April 2000 with Wasps winning 44-31.

In a week where off-field stories have dominated the rugby headlines, now it’s on-field matters that will take centre stage for these teams, who themselves were only confirmed as the final play-off side on Wednesday morning.

Team news for the Chiefs sees Olly Woodburn come in on the wing for Jack Nowell, who misses out with a foot injury, as Baxter makes 15 changes to the side which lost away to Wasps in their last league match of the season.

Ollie Devoto, another former Bath player, replaces Ian Whitten in the centre and up front, South African Jacques Vermeulen returns to the fold in place of Sam Skinner, who drops to the replacements bench.

Joe Simmonds returns to captain the side at fly-half and he forms a half-back partnership with Jack Maunder.

Meanwhile, Bath have made three changes to their run-on side which drew with Saracens as they prepare for a first semi-final since 2015.

Joe Cokanasiga will make his first start for the Blue, Black and White after spending 16 months out on the sidelines following a knee injury.

Cameron Redpath moves into midfield to join Jonathan Joseph and the young England centre replaces Josh Matavesi, who is named on the replacements bench.

Tom Ellis comes back into the matchday 23 for Mike Williams, who makes way after his solid performance against Saracens last time out.

Form: This is Exeter Chiefs’ fifth straight Gallagher Premiership Rugby semi-final, all four previous ones being played at Sandy Park, and all ending in victory. The Chiefs have lost their last three Gallagher Premiership Rugby matches but have not lost four in succession since season 2014-15. Exeter were defeated by London Irish in round 21 in their most recent game at Sandy Park but have not lost successive games in Premiership Rugby at the venue since September 2014. This is Bath’s fifth appearance at the semi-final stage but their first for five years, when they obtained their only victory at that stage, 47-10 at home to Leicester. Bath are unbeaten in their last five fixtures since their 23-27 reversal at home to Wasps on 31 August whilst they have not been defeated away from home in Gallagher Premiership Rugby since their last visit to Sandy Park in March. Exeter have lost only one of their last ten first team fixtures against Bath: 10-13 at the Recreation Ground in round 2 of Premiership Rugby this campaign. Bath’s only victory at Sandy Park since 2014 was 13-10 in October 2016.The two clubs have met in only one previous semi-final encounter, in the Anglo-Welsh Cup in 2014 with Exeter victorious at the Recreation Ground 22-19.