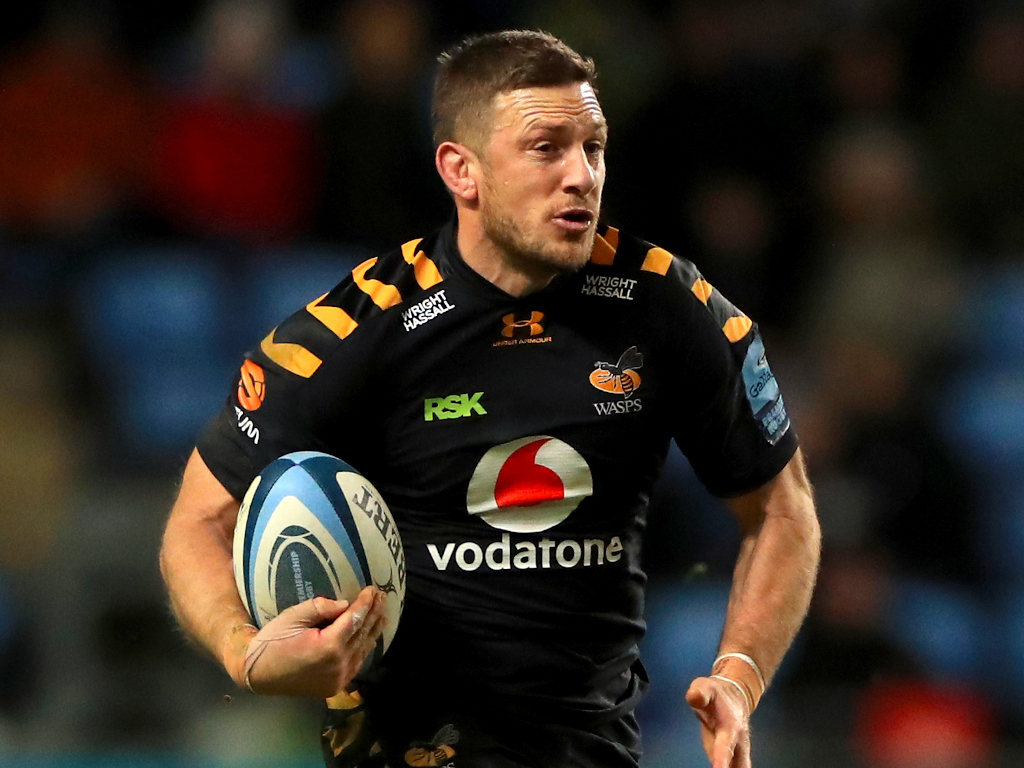 Premiership outfit Wasps have announced that veteran utility back Jimmy Gopperth is the latest player at the club to sign a contract extension.

A native of New Plymouth, Taranaki, he spent three years playing provincial rugby for Wellington, before joining the Hurricanes in 2005. He moved to the Blues in 2009, but only spent a season there, before leaving his home country to join Newcastle Falcons.

His prolific goal-kicking did much to keep them in the Premiership in 2009/10 and 2010/11, but he could not save them a year later, when Wasps survived by the skin of their teeth, to condemn them to the drop. During his time at Kingston Park he was twice the Premiership’s top scorer.

The 36-year-old stayed with them as they won immediate promotion in 2012/13, before moving to Leinster for two seasons. He signed for Wasps ahead of the 2015/16 season, taking over the number 10 shirt from Andy Goode.

The highlight of his first campaign was the nerveless conversion from near the right touchline to secure a dramatic one-point victory over Exeter in the Champions Cup quarter-final at Ricoh Arena. He ended the season with just under 250 points.

With Danny Cipriani returning to his old club for the 2016/17 season, he moved out to inside centre – second five-eighth, to New Zealanders.

"The sheer relief… We're going to the final!"

"You can see the emotion from everyone!"@jimmygopps joins us on #RugbyTonight on Tour to talk us through a dramatic 2017 @premrugby semi-final 🙌

One for @WaspsRugby fans to enjoy 🐝

In a prolific season, his total of 331 points made him the Premiership’s top scorer for the third time, and he added the RPA, Premiership Rugby and Wasps Player of the Season awards.

“It’s an incredibly exciting time to be involved with Wasps,” said Gopperth. “The last five years have been so enjoyable and I feel this team is building towards being really successful – I want to be part of that! I want to win some trophies, and the boys are really focussed on doing that. As a player I feel I’ve got a lot more to give and I’m really excited for the future.”

Injury in a pre-season friendly in Connacht ruled him out for eight months and his 2018/19 season was then ended, when he suffered another injury shortly after coming on as a replacement in his comeback game.

This season he has been back to his best with his wisdom and experience playing a key role in the excellent run of results which lifted Wasps to fifth place in the Premiership, before the tournament was put on hold.

He has now made 96 appearances for Wasps, including one at full-back, scoring a total of 819 points. His overall total of 1,351 Premiership points places him eighth in the all-time scoring list.

“He’s been brilliant for all five years I’ve been here. His understanding of the game and what a team needs is superb. Jimmy is one of the most positive guys you will ever meet, his enthusiasm is infectious with everyone at the club. Whilst most players his age have retired, Jimmy has backed up outstanding performances week in week out so far this year and is showing no signs of being ready to finish any time soon.”