Home PRO14 Jamison Gibson-Park back from injury for Leinster 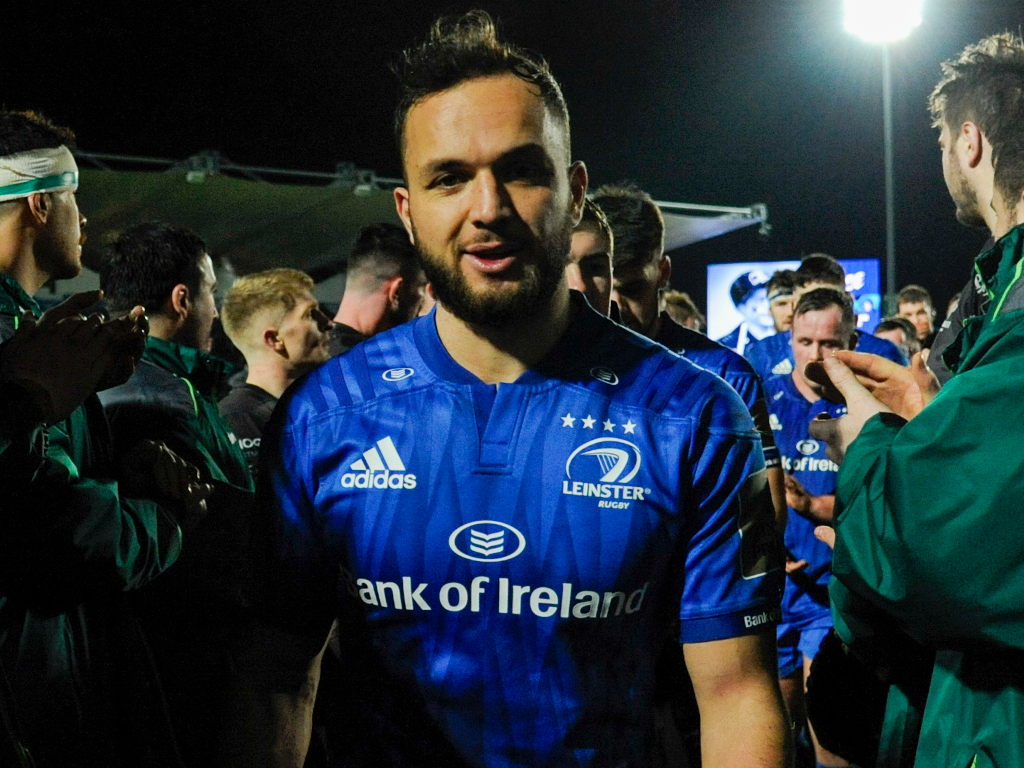 Zebre will take on Munster before Leinster host the Dragons as Round Six of the Rainbow Cup gets underway on Friday evening.

Zebre head coach has rung the changes to his starting line-up for their final match of the season against Munster in Parma.

Most of the tweaks are in the forwards with just a couple of alterations made to the backline as Jacopo Trulla replaces Michelangelo Biondelli at full-back while Marcello Violi comes in for Guglielmo Palazzani at scrum-half.

In the pack, David Sisi returns to captain the side from the second-row where he takes over from Samuele Ortis while Iacopo Bianchi shifts from openside to blindisde flank where he replaces Maxime Mbandà. Potu Junior Leavasa will wear the number seven jersey.

The final changes are in the front-row where Matteo Nocera and Andrea Lovotti are preferred to Eduardo Bello and Daniele Rimpelli as the starting props while Luca Bigi takes over from Oliviero Fabiani at hooker.

Meanwhile, there are seven changes to the Munster run-on side that secured a bonus-point win over Cardiff Blues last time out.

Gallagher starts at full-back with Andrew Conway and Liam Coombes lining out on either flank.

Kilcoyne, Niall Scannell and Ryan pack down in the front-row with Jean Kleyn and Fineen Wycherley continuing their lock partnership.

Academy duo Thomas Ahern and Jake Flannery are among the replacements alongside Billy Holland and Nick McCarthy, who are set to make their final Munster appearances. Holland will play in his 247th and final game for Munster if sprung from the bench.

Roman Salanoa is also included among the replacements as he returns from an ankle injury.

Leinster head coach Leo Cullen has named his side ahead of their PRO14 Rainbow Cup encounter against Dragons.

This will be the final game of the season for Leinster and as part of a series of test events sanctioned by the Government, 1,200 supporters will be in attendance at the match for the first time since February 2020.

The majority of the supporters will be official members, granted tickets by way of a lottery system, but there will also be 100 frontline staff from St. Vincent’s University Hospital in attendance as guests of Leinster.

Garry Ringrose will captain the side, with James Ryan in line to win his 50th cap from the second-row.

In the back three, Hugo Keenan will start at 15, with Jordan Larmour on the right wing and Jimmy O’Brien on the left.

Rory O’Loughlin will start beside Ringrose in the centre with Jamison Gibson-Park back from injury and playing for the first time since the PRO14 Final win against Munster, partnering Ross Byrne in the half-backs.

In the pack Cian Healy, Rónan Kelleher and Michael Bent start in the front-row with this being Bent’s final game in blue before retiring.

The aforementioned Ryan starts in the second-row alongside Ryan Baird.

In the back-row Scott Fardy will also play his final game in blue from blindside, winning his 80th cap for Leinster since arriving in 2017, with Scott Penny at openside and finally Caelan Doris at number eight.

On the bench, there is a welcome return from injury for Vakh Abdaladze who will make his first appearance of the season if introduced and in doing so will become the 60th player used by Cullen this season.

Harry Byrne is also back from injury to take his place amongst the replacements.

None of Tadhg Furlong, Jack Conan, Robbie Henshaw or Johnny Sexton were considered for selection this week but all four trained and were available if required.

Meanwhile, scrum-half Rhodri Williams – fresh from his Wales recall – returns to captain the Dragons in this encounter.

Fit-again Williams is called up as is experienced centre Jamie Roberts as Dragons director of rugby Dean Ryan makes a total of eight changes for the game in Dublin.

Wales international hooker Elliot Dee and Aaron Jarvis are named to pack down alongside prop Brok Harris on his final appearance for the Men of Gwent.

Lock Joe Davies partners Ben Carter – who was called up by Wales for the first time earlier this week – while back-row Harrison Keddie returns at blindside.

There is a recall for Josh Lewis in the full-back jersey while Owen Jenkins comes in on the wing.

Changes on the bench include a return for lock Joe Maksymiw.