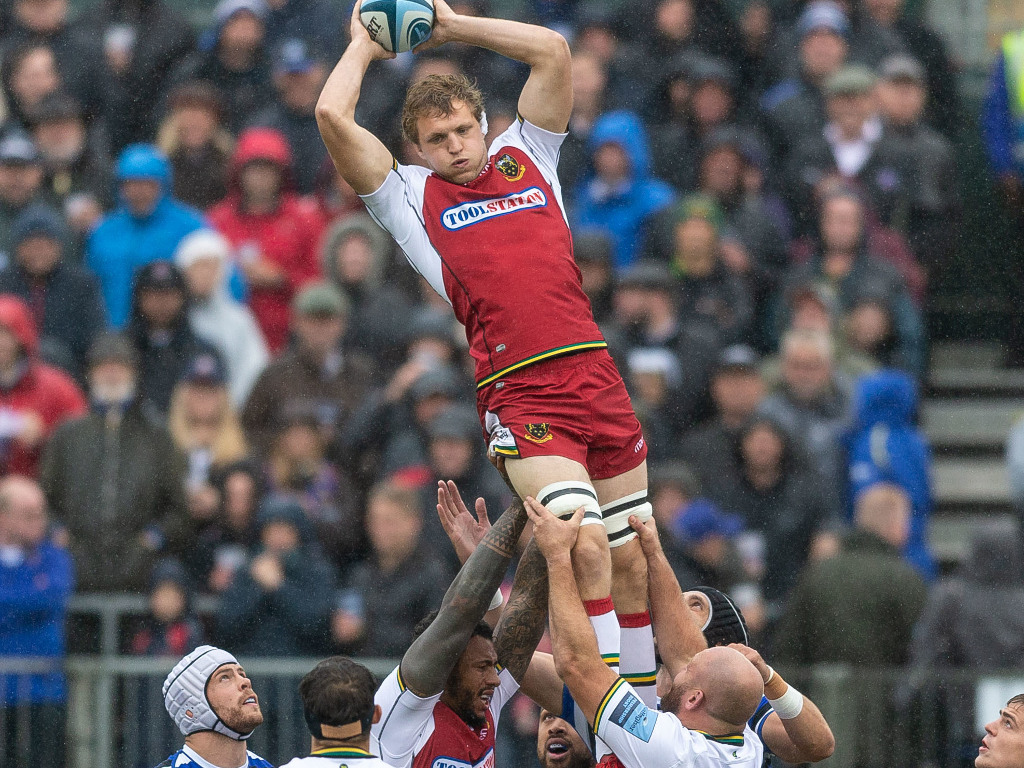 Northampton Saints have announced that long-serving flanker Jamie Gibson will depart the club on June 30 at the expiration of his contract.

The 29-year-old back-row has made 125 appearances in Black, Green and Gold since arriving at Franklin’s Gardens from East Midlands rivals Leicester Tigers in 2015.

Gibson has been a consistent performer and regular in the first-team squad for the past five years, notching up more than 30 matches in a single season twice and just under (29) during the 2017/18 campaign.

That though was arguably his finest season in Northampton colours as he was voted Saints Supporters Club Player of the Season, and named in the BT Sport Dream Team for his fine efforts, having made more turnovers in the Premiership than any other player that term.

“I’ve enjoyed a fantastic few seasons at Franklin’s Gardens after a trip down the M1,” said Gibson. “I’m very proud to have represented Northampton on so many occasions, and to have won some silverware with the team last season.

“Prior to the pandemic the club and I had spoken about the future, but circumstances have understandably led to certain opportunities no longer being available, which is sad. However I’m currently exploring a number of new opportunities, both inside and outside of rugby, and my family are very excited about what the future holds for us.

“If I do not get the chance to run out at Franklin’s Gardens again, then I’d like to thank my teammates, coaches and the supporters here at Saints for everything they have done for me the last few years. Playing at the Gardens was always a brilliant experience and I look forward to hopefully returning in the future.”

Gibson became one of only a handful of players to cross the East Midlands from Leicester Tigers and pull on a Saints jersey – and he proved to be the scourge of his former side on several occasions, scoring two tries for Northampton in derby clashes.

He brought up his 100th appearance for the club against Worcester Warriors in December 2018.

“There is a possibility for Jamie to return should we suffer a spate of injuries, but, if he has played his last game then we wish him and his family every success and happiness for the future,” said Northampton director of rugby Chris Boyd.

“Jamie has been a fantastic servant to Northampton Saints. He is a shining example of what it means to be a professional; Jamie gave his all every time he pulled on a Black, Green and Gold jersey, and the consistency of his performances over the last few years is evidence of that.”