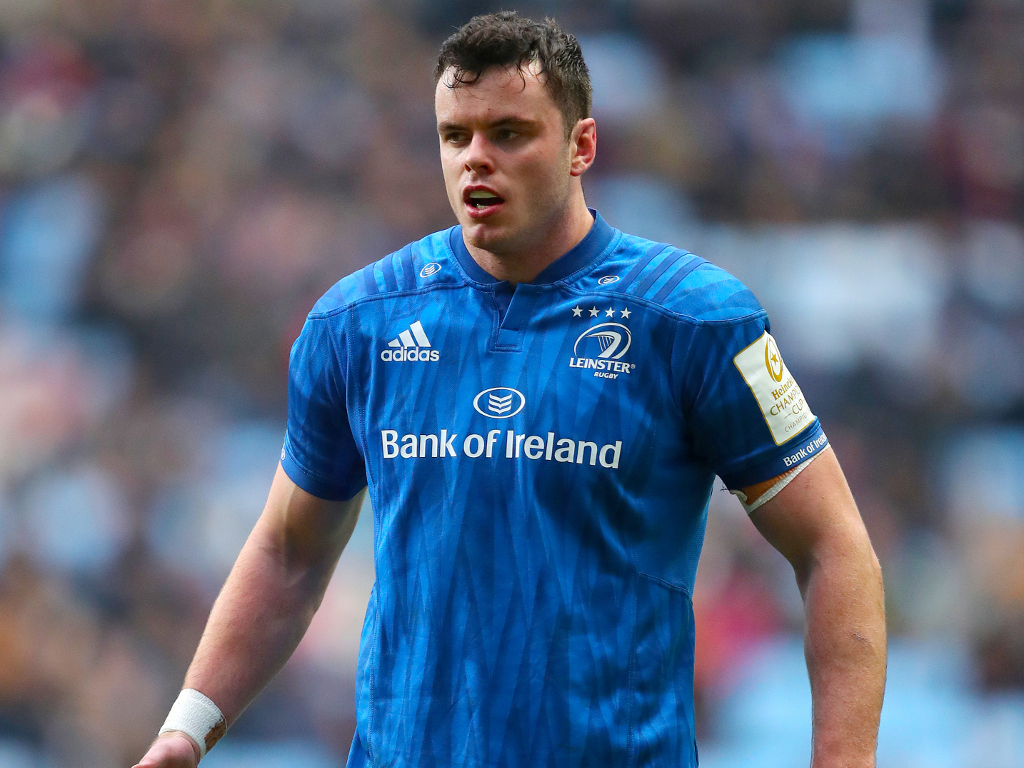 Leinster will have to be at their best when they take on Saracens in their Champions Cup quarter-final at the Aviva Stadium on Saturday.

That was the word from the Irish province’s second-row James Ryan, who expects a tough assignment against a potentially galvanised Sarries side, who are the tournament’s defending champions.

The clash is a repeat of last year’s final in Newcastle, but the circumstances are very different for the holders after a dreadful campaign.

Saracens were hit with a £5.36million fine and 35-point deduction in November for repeated salary cap breaches before they were automatically relegated in January.

It means all Mark McCall’s side have had to play for is the Champions Cup and even though they will be without the suspended captain Owen Farrell in Dublin, Ryan is not about to take anything for granted.

“They are the defending champions for a reason, so we know this week we have to bring the best version of ourselves and I don’t think anything less will be enough to get a result,” he said.

“They have had some blows in the past and you have seen it has brought them closer. I think if anything, it could galvanise them as a group.

“And they have targeted this game, I would imagine, from a long way back and because of the relegation, they have had months to fine-tune and plan for this game.

“It is their last chance of silverware this season, so they have a huge amount to play for and they will be a very motivated outfit.”

Since Leinster’s 20-10 defeat to Saracens last May, the Aviva Stadium club have put together a run of 25 wins in a row.

The latest occurred on Saturday in the PRO14 final against Ulster, to crown them the champions of the competition for a third consecutive year.

It was Ryan’s first game back after a shoulder injury and while happy to get his hands on more silverware, he knows where they can improve.

“The last few weeks have been positive,” the 26-cap Ireland international added.

“Looking at the weekend, it was a slow start but we got into the game. This week we can’t afford to start slow, we have to come out the blocks quick so we will need to improve – but we are all aware of that.”

🏆 Three times in a row for the dominant Leinstermen. #LEIvULS

Saturday will see Ryan renew his duel with England’s Maro Itoje with the pair going head-to-head several times over the last few years.

The most recent was back in February during the Six Nations, but the Leinster forward was keen not to only focus on his rival, who he described as the “overall package”.

Ryan said: “It is great. I think you look across the Saracens pack and they have some serious players there, whether it be Itoje or the Vunipolas (Mako and Billy).

“You look at the backline and yes they won’t have Owen Farrell, but they still have a huge amount of experience.

“Manu Vunipola has gone in there at 10 and done a good job so across the park they are stacked with quality.

“They might have lost a few guys but they have the backbone of the team committed to the club and it is great to be coming up against some of the best players in Europe. We are massively looking forward to it.”

While Farrell will not be influential on the pitch, due to being issued with a five-match ban for a dangerous tackle against Wasps earlier this month, the fly-half has still been eager to play his part.

Saracens director of rugby McCall revealed: “He’s running the opposition against us, running some of Leinster’s plays etc, so he’ll be a huge help to us this week.

On Ryan, McCall added: “He epitomises the hard working team they are. I think that’s his number one strength.”