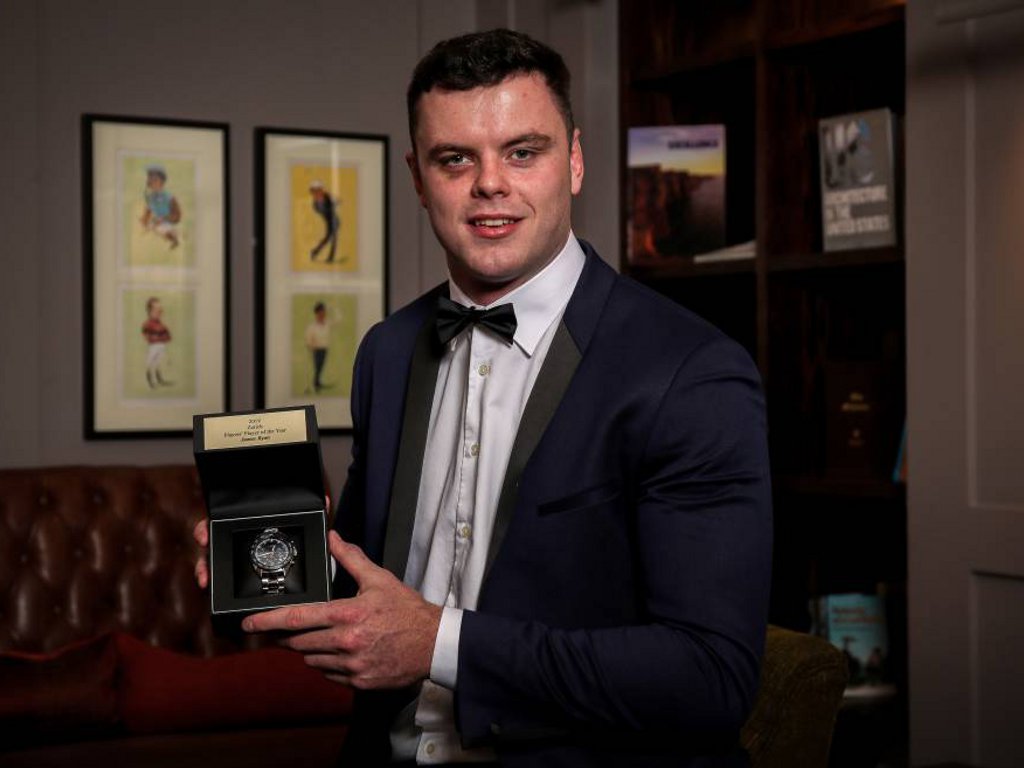 Leinster and Ireland lock James Ryan was named the Players’ Player of the Year at the 2019 Irish Rugby Players Awards in Dublin on Wednesday.

The 22-year-old has maintained a formidable presence for both province and country through the season and beat off stiff competition from Tadhg Beirne, Jack Carty and Peter O’Mahony to claim last night’s main award.

Just a few days on from Leinster’s Champions Cup Final defeat to Saracens, the young Dubliner was further acknowledged by his peers who voted him the Young Player of the Year ahead of his Leinster colleague Jordan Larmour and Jacob Stockdale, last year’s winner of the award.

Giving his reaction, Ryan said: “It’s always nice to win awards, but tonight has been particularly special in that I am being recognised by my team-mates and opponents.

“I have many great memories of the season but there have also been plenty of learnings that I will take with me into the future. A special word of thanks to my family who continue to guide me through what has been a fairly hectic rugby career to date.”

Ryan was also nominated for the Supporters’ Player of the Year, but this was claimed by Carty who has enjoyed an outstanding season, winning his first Ireland caps in addition to becoming Connacht’s record points scorer. All of the winners on the night received a Hugo Boss watch.

Retiring Ulster star Darren Cave was a very worthy recipient of the Medal for Excellence, which rewards on-field effort combined with off-field commitment to the game. Former Leinster, Ireland and Lions hooker Shane Byrne was presented with the Contribution to Irish Society award in recognition of his tireless charitable work.

Meanwhile, Italy head coach Conor O’Shea was inducted into the Hall of Fame, and members of the public voted for Ireland’s historic win over New Zealand in November as the Rugby Moment of the Year with O’Mahony picking up the award on behalf of the team.

Stockdale’s individual moment of brilliance with his unforgettable chip-and-collect score against the All Blacks was picked out as the Try of the Year, edging out Larmour’s superb sidestepping effort against Italy in Chicago and Keith Earls’ slick effort against France via CJ Stander’s inside pass.

CEO of Rugby Players Ireland, Simon Keogh, paid tribute to all the awards winners following the event, stating: “Winning a Irish Rugby Players award is the highest honour an individual player can receive in Ireland.

“To be acknowledged by your team-mates and opponents in this manner goes some way to justifying the sacrifices that are required to make it at the top-level of the game. James Ryan has enjoyed a fantastic season, as have all those who have won awards tonight.”