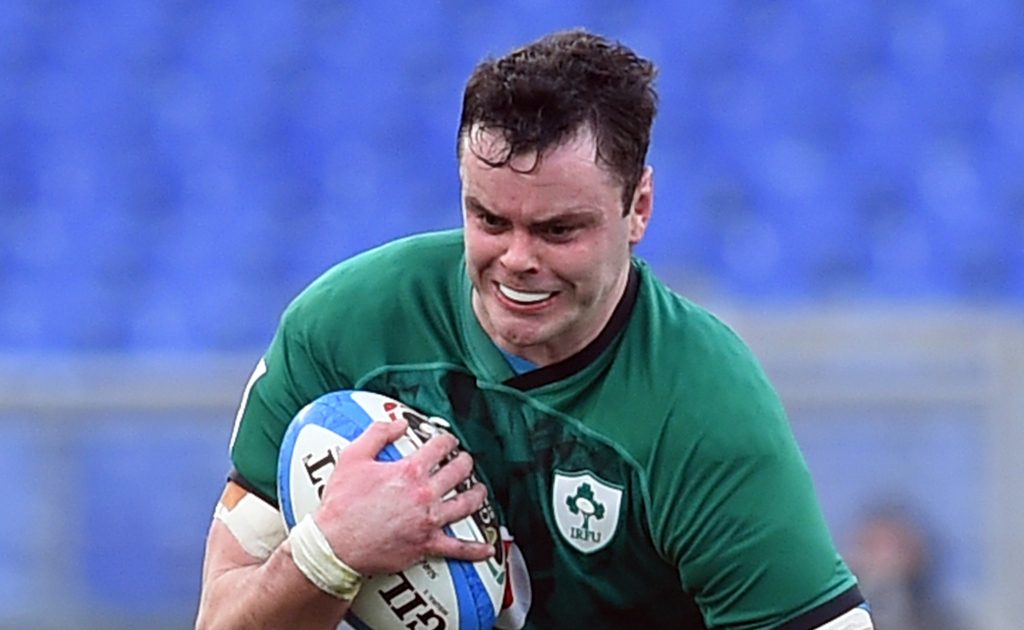 Ireland’s tricky task at home to Argentina has been made tougher with both half-backs ruled out by injury, including captain Johnny Sexton.

But the best leaders are often found in adversity, and stand-in skipper James Ryan has asked the senior members of the Irish team to step up collectively in the absence of the fly-half and Jamison Gibson-Park.

Success against the Pumas would take Ireland to eight wins on the bounce and set the squad up perfectly for the 2022 Six Nations before a three-Test tour in New Zealand next June.

“I suppose how we make it up is everyone else – the other players in the team – have to step up a little bit,” said the 25-year-old.

“It’s up to everyone to drive the standards, drive the energy. We shouldn’t be relying on Johnny.

“When he’s in, it’s absolutely brilliant, but when he’s not there, everyone’s got to step up and we’ve got to find our own voices.

“And, as I said, not rely on him either because any opportunity you get to play for Ireland shouldn’t need any extra motivation.”

Sexton is facing up to six weeks on the sidelines after twisting a knee and an ankle against the All Blacks.

The 36-year-old is renowned for being a demanding taskmaster on the field and the training ground.

Ryan, who is far less vocal and demonstrative than his team-mate for club and country, prefers to lead by example.

“I’m not too interested in giving a lad a b******ing or whatever else,” said Ryan

“I’m captain this week but to be honest it doesn’t change a whole lot for me.

“I just want to get my own performance right. I think that’s the best way for me to lead.”

Ryan first filled in as skipper for last November’s Autumn Nations Cup defeat to England at Twickenham and has performed the role on a further three occasions since, when Sexton has been unavailable.

“It did feel a bit of a weight on my shoulders in some ways when I started – it was hard not to feel a bit like that,” he said.

“The advice Faz (Farrell) gave when I first captained was to be myself and to focus on my own game. That’s probably the best piece of advice I could have got.

“That’s the way I try and operate whenever I’m given the honour of being captain.”

Head coach Farrell will be forced into at least two changes for the the visit of Los Pumas after scrum-half Gibson-Park (thigh) joined Sexton in the treatment room.

Joey Carbery is likely to take the number 10 jersey ahead of Harry Byrne and Jack Carty following his match-winning cameo against the Kiwis, with Conor Murray, Craig Casey and Luke McGrath competing for the other out-half position.

Celebrations after downing the world’s top-ranked side included a congratulatory video call from United States president Joe Biden, who has Irish heritage.

Ryan says Ireland will not “get carried away” by the stunning display as they focus on future challenges.

“It was definitely the most sore I have been in a long time, which is probably what you’d expect coming up against New Zealand,” said Ryan. “We were all pretty battered.

“The big thing for us now is just being consistent. We know how consistent they (New Zealand) are over so many years. It was a great win for us but we’re not going to get carried away either.

“By the time we came in on Monday, everyone had genuinely turned the page and was looking at Argentina straight away. We’ve pushed on from it now.”