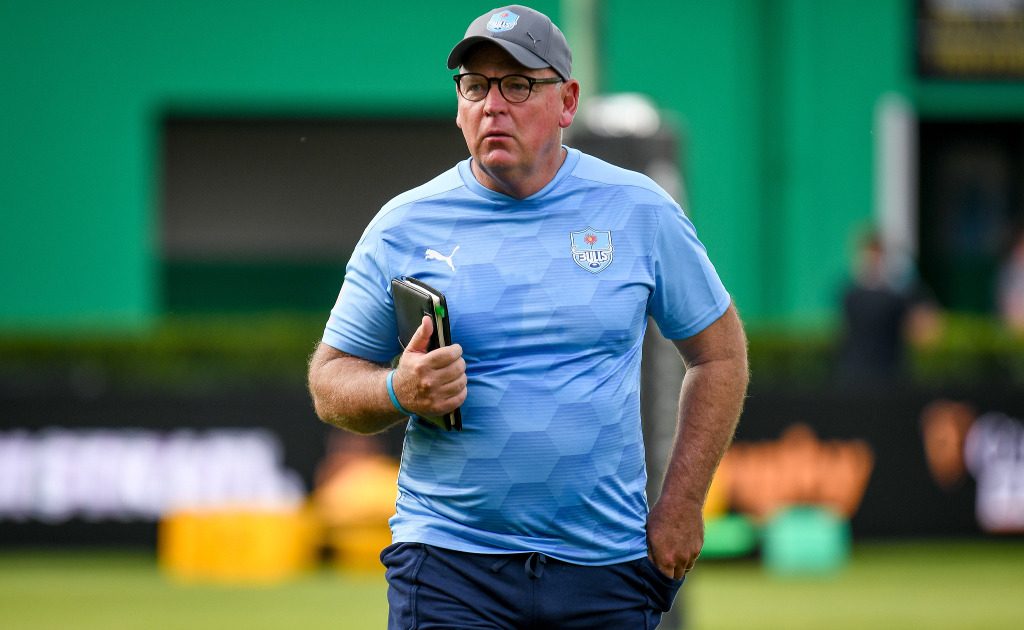 Blue Bulls coach Jake White said his side were desperate to face up against a quality side like Munster, whilst insisting that any rescheduled games should be played in South Africa to ensure the integrity of the United Rugby Championship (URC) remains in order.

The majority of the Munster squad have returned to Ireland after the Omicron Covid-19 variant led to the dramatic postponement of their URC games against the Bulls and Lions.

Despite being able to board a relief flight from South Africa, 14 Munster players and staff remain in a quarantined hotel in Cape Town following several positive tests.

SA Rugby have installed an intermediate life support (ILS) paramedic, nearby in an emergency.

Additionally, a medical doctor visits all the players twice a day for routine check-ups, similar to the system in place for the British and Irish Lions series.

Word on the ground suggests efforts have been made on the ‘social’ front, attempting to source gaming consoles and sports TV in the players’ rooms. Some players could even be moved to a sea-facing room this weekend.

On Saturday, the players may be tuning into the heavyweight derby between the Bulls and Sharks.

The Sharks have called upon their Springbok contingent, including Siya Kolisi, Bongi Mbonambi, Makazole Mapimpi, Sbu Nkosi and Lukhanyo Am. The Bulls were expecting to take on Munster last Saturday and the Scarlets this weekend, throwing a spanner in the works in preparation.

“(Would we have wanted to play) Munster without their internationals, or the Sharks with all their internationals?” White told the Irish Examiner from Pretoria. “I suppose it doesn’t get any tougher than that with all the Boks that have been picked. It feels like we’re going to be playing against an international side, so for me, people would probably say the Sharks side right now is stronger than Munster would have been without some of their Test players.

“I think we will get to play Munster at some point down the line. As I look at the schedules, I’m sure a couple of dates can be rejigged. If it happens during the Six Nations window, it may be tough on them because they could again be without a couple of internationals. Still, it will be no different for us towards the backend of the URC when the Rugby Championship is on the go, and the Springbok players will be on national duty.

“We would have loved to play Munster, though, and especially at home, because we haven’t played at Loftus for ages. The last time was the Currie Cup final, and we haven’t had the luxury of that since then, and I would have liked to see how we fared against an overseas side at Loftus. But our focus now is just on the Sharks game.”

White further underlined that adaptability is the only solution in a time of such uncertainty.

“We thought we were playing Munster last week and Scarlets this week, but we’re not,” he added. “There will be a lot of behind-the-scenes work done on how do we get to play Munster and Scarlets again, and how do we get the credibility of this competition back again?

“As it stands now, we are supposed to go overseas the first week in January, but at this point in time we don’t know if we’ll be able to go, and we haven’t been able to get all our visas in place.

“Maybe we will play all our local derbies over January, February and March — which we would’ve had to play anyway — to give us a bit of time for the dust to settle abroad, and to find solutions for that Covid variant.”

However, White dismissed suggestions that South African teams would have to give up their home-ground advantage if there were compilations around future fixtures taking place in South Africa.

“We don’t play ‘home games’ away, the bottom line is that it’s a competition where you need to play your home games in your own country. I would find it highly unlikely that organisers of such a competition would expect a team to go play ‘away’ for their home games, that’s not going to happen. I can’t see that being a feasible option.”