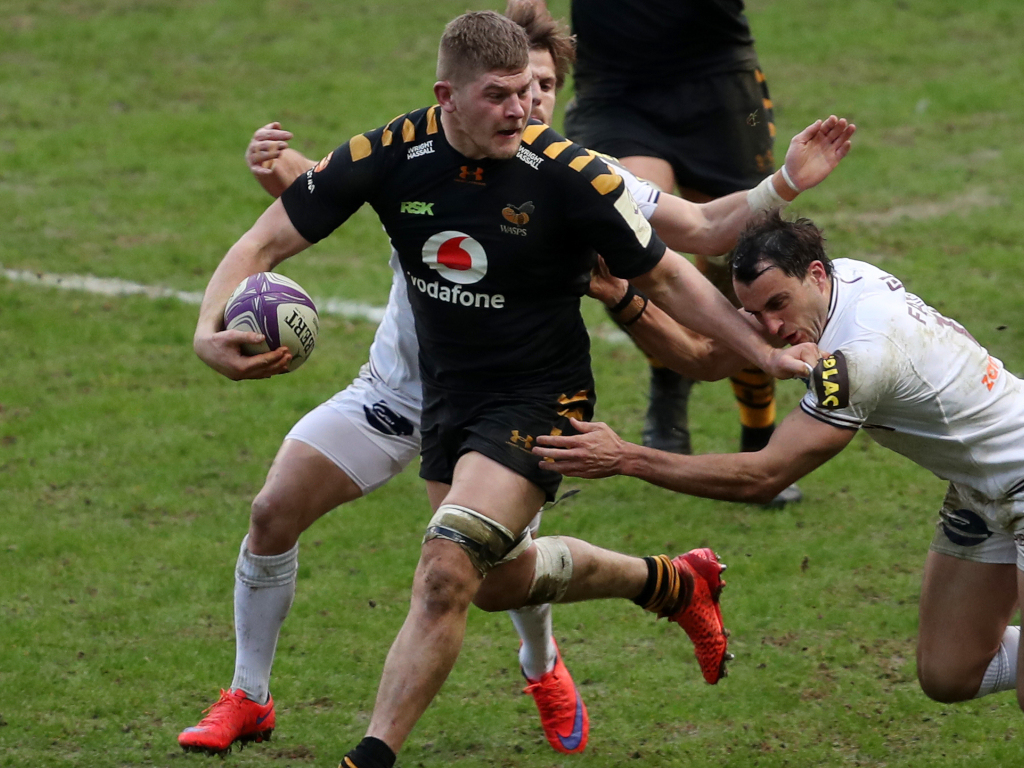 Wasps have announced that powerhouse flanker Jack Willis has become the latest player to commit to the Premiership club, joining Marcus Watson and Thomas Young in re-signing.

One of the rising stars of English rugby, back-row forward Willis learnt his first rugby lessons with Reading Abbey RFC. After captaining Wasps U18s, he joined the club’s Senior Academy in 2015.

The flanker impressed during a loan spell with Coventry RFC and made his senior Wasps debut in the Anglo-Welsh Cup game at Sale in November 2016. His first try came the following week, at home to Worcester in the same competition.

His Premiership debut followed a fortnight later in the home win over Sale. After making eight senior appearances, he was named academy player of the season and rewarded with a senior contract for 2017/18.

He made the most of his opportunity, firmly establishing himself as first choice in a competitive position and making 25 appearances.

His first Premiership try, at Saracens, capped a memorable day for the Willis family as his younger brother Tom had just come off the bench to make his Premiership debut.

His outstanding form won him selection for England’s summer tour of South Africa. Agonisingly, he was ruled out by a serious injury in the play-off semi-final defeat at Saracens.

Can't wait to see Jack Willis back in action for @WaspsRugby this season!

A threat with ball in hand and a beast at the breakdown 💪 pic.twitter.com/5yuzZ23z4M

He made a storming return when he came off the bench early in the game at Leicester, at the beginning of March 2019. A week later he was back in the starting XV, but another injury brought his season to an early end.

This season, he has been in sensational form. When it was suspended, he was leading the Premiership turnover statistics by a country mile, while he has also scored eight tries.

“Wasps is where I want to be. I’m looking forward to playing my part in helping us push on,” Willis said

Meanwhile, head coach Lee Blackett added: “It was great seeing Jack get back to playing this season after having a long lay-off with a serious injury.

“Jack has been one of our top performer’s this year and there is still more to come from him, which is frightening. Whenever he pulls on the Wasps jersey, you can see how much pride he has playing for this club.”