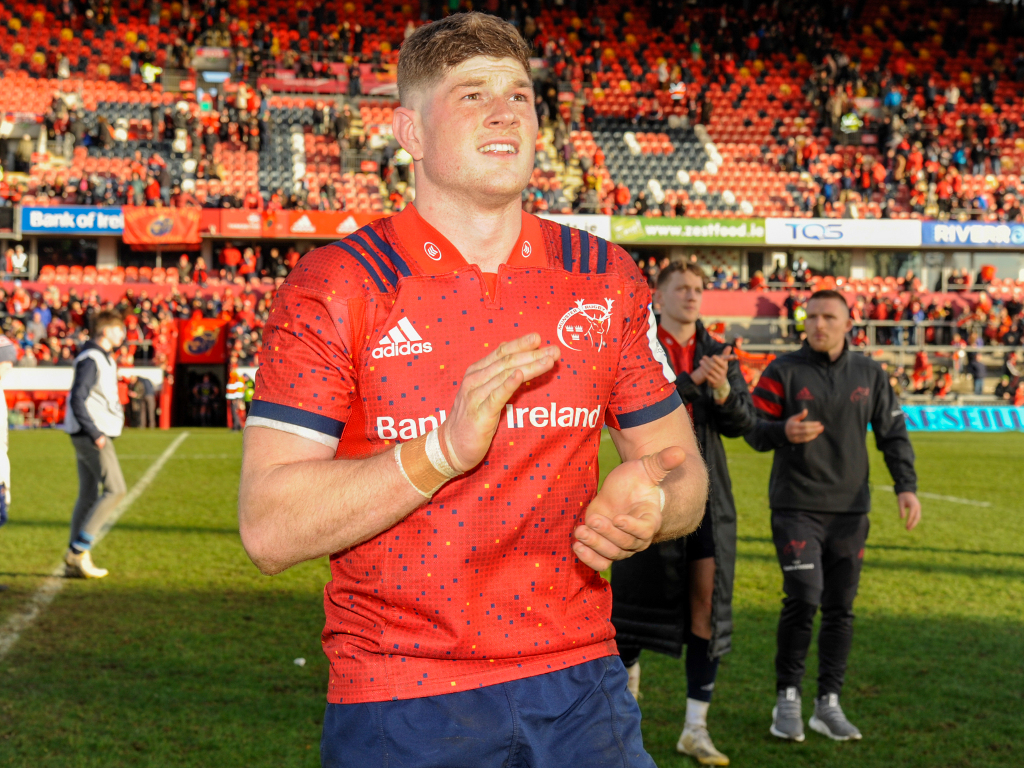 There are five changes to the Munster side that beat the Dragons at Rodney Parade in Round Four, with the Irish outfit missing out on last week’s Round Five action due to the game against Benetton being postponed.

Fineen Wycherley takes his place alongside Jean Kleyn in the second-row with Tommy O’Donnell coming in at openside as Jack O’Donoghue and Gavin Coombes complete the back-row.

O’Donoghue captains the side on his fifth successive start.

The only personnel change to the backline sees Mike Haley start at full-back. With Haley’s return, Matt Gallagher makes the positional switch to the wing with Darren Sweetnam covering the opposite flank.

It’s as you were for the half-back pairing of Craig Casey and JJ Hanrahan with Damian de Allende and Rory Scannell continuing their centre partnership.

Returning from international camp is John Ryan, who is named among the replacements, and Dan Goggin is also in line to feature after returning from shoulder injury.

Here is your Ospreys team to face @Munsterrugby for round six of the @PRO14Official on Sunday afternoon, K.O 2:45pm#OspreysOnTheHunt#GuinnessPRO14 pic.twitter.com/k8UH6t2yIR

Meanwhile, Dan Lydiate will captain the Ospreys side alongside an unchanged back-row of Will Griffiths and Gareth Evans.

Adam Beard and Bradley Davies retain the second-row partnership with Olly Cracknell and Rhys Davies named on the bench after making his Ospreys debut last weekend.

A change in the front-row sees Gareth Thomas, Ifan Phillips and Tom Botha come into the starting line-up and Rhodri Jones, Dewi Lake and Ma’afu Fia providing the cover.

In the backs, Stephen Myler lines up alongside Shaun Venter as the half-back pairing with Keiran Williams and Tiaan Thomas-Wheeler forming the centres. Mat Protheroe shifts to full-back with Hanno Dirksen coming onto the wing alongside Luke Morgan.