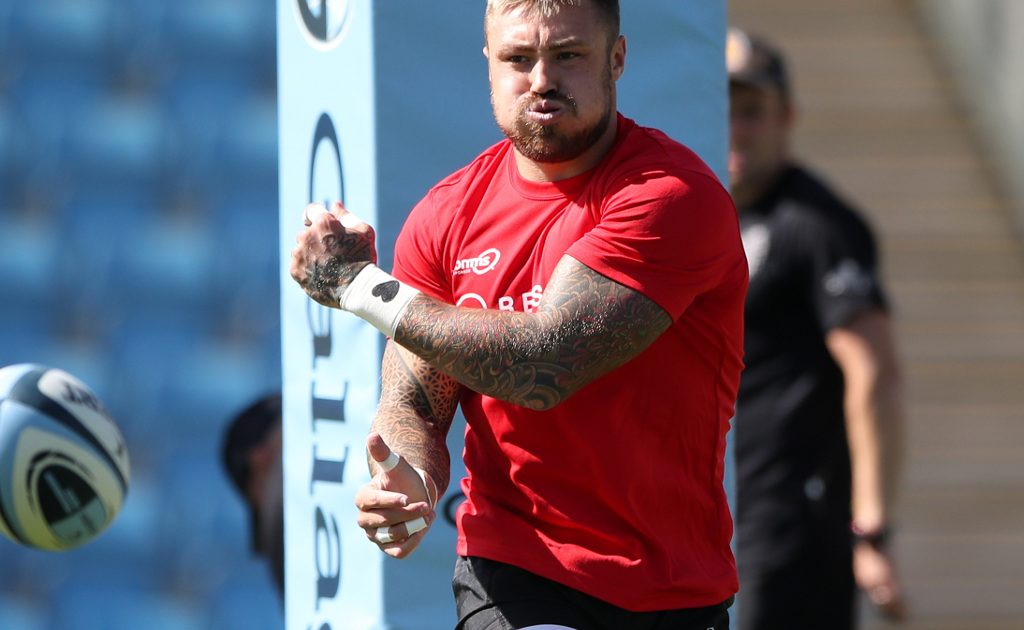 Exeter Chiefs and England wing Jack Nowell is on the verge of ending his six-month absence due to injury.

Chiefs boss Rob Baxter has declared Nowell “fit and ready to go” ahead of Saturday’s Premiership clash against Wasps at Sandy Park.

He then had a setback in his recovery early last month, but is now poised for a return to action.

Fit and ready to go

“Jack has now had a couple of weeks’ full training and he is fit and ready to go,” said Baxter.

The reigning Premiership champions are currently 12 points behind leaders Bristol with seven games of the regular league season remaining, but are three points ahead of third-placed Sale.

Asked for his reflections on the Leinster loss, Baxter said: “I will be honest with you, we have kind of already moved on.

“That doesn’t mean we haven’t done what we would normally do post-game, but we wrapped that up on Monday and early Tuesday.

“Yes, there are lessons to be learnt, but we have just got to move on now.

“There are big games ahead, starting this week with Wasps, moving then to Bristol. My job is to move the team on into our next new challenge, which is trying to win the Premiership.

“It (Leinster game) was what it was. I think we could have done more, but at the same time you have got to give credit to Leinster for producing a good performance across the 80 minutes, and that’s how we have looked at it.

“I will analyse the game over time quite closely, but at the same time, I am not going to over-analyse it to the extent where I distract the players. We genuinely have got to move on.

“We know when the rest periods are going to come now, we know the points we’ve got to collect.

“Everything is there for us, we’ve just got to decide we are going to get on with things, collect the points and focus on ourselves and get really zoned-in on winning games as they come along.”