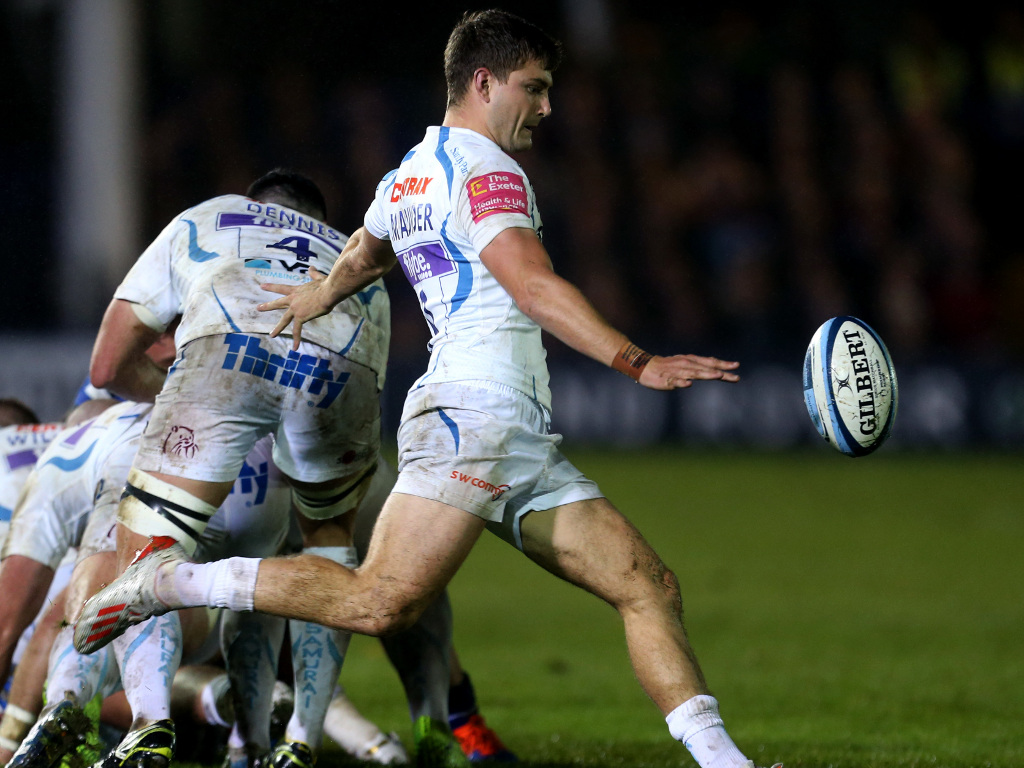 Exeter Chiefs have announced that scrum-half Jack Maunder has committed his future to the Premiership club after agreeing terms on a new contract.

Just days after fellow England internationals Ben Moon and Harry Williams said they were staying put at the Devon club on new contracts, the 22-year-old scrum-half has himself followed suit in signing on with Rob Baxter’s squad.

“Obviously, I’m very happy,” said Maunder. “It’s a club that myself and my family have had a big association with for a number of years.

“For a player like myself, the club ticks every box. It has great coaching staff, a great squad, the culture is amazing and for me, Exeter is home.

“Knowing that my future is with the Chiefs makes things so much easier. Coming in every day you know what you are going to get. I love being around the lads, it’s been a fun few years for me and, hopefully, we can continue to keep pushing forward.”

Thrust into the first-team fray back in October 2016 in a Champions Cup encounter against Clermont at Sandy Park, Maunder hasn’t looked back since that day, establishing himself firmly within the first-team mix at the Chiefs.

🗣️ "Luckily for me, I've been part of a brilliant journey – one which I know has plenty of miles still to go." #GallagherPrem

His 67 appearances and six tries underline his worth to the cause and he’s looking forward to being part of an exciting future for the Chiefs.

“I know I am very lucky to be part of this squad,” added Maunder, who is the eldest son of former Exeter club legend, Andy Maunder. “If you look around the group we have, a lot of the boys are young and moving into what you would call their prime years.

“There are a few of them that have been here a while now, but they know the Exeter way and how we go about things. For all of us, it’s an exciting time and one that you want to be part of.”

That said, the demands and pressure being placed upon the Chiefs squad is increasing season on season.

“Right across the squad, the competition for places is huge,” explained Maunder, who faces a battle for the number nine shirt from a host of rivals, including younger brother, Sam.

“If you look at those around my age group, we’ve come in at a time when the club is constantly pushing for trophies. It’s a huge shift from what was the norm a years ago. That said, every time we take to the field, we know it’s a huge game.

“It’s meant that for us as youngsters we’ve had to get used to that big game mentality, whether it’s in the Premiership or Europe, a lot quicker than previous years.

“However, it’s great for us to get that experience, because it not only makes us better as players, but it adds a real competitive edge to things.”