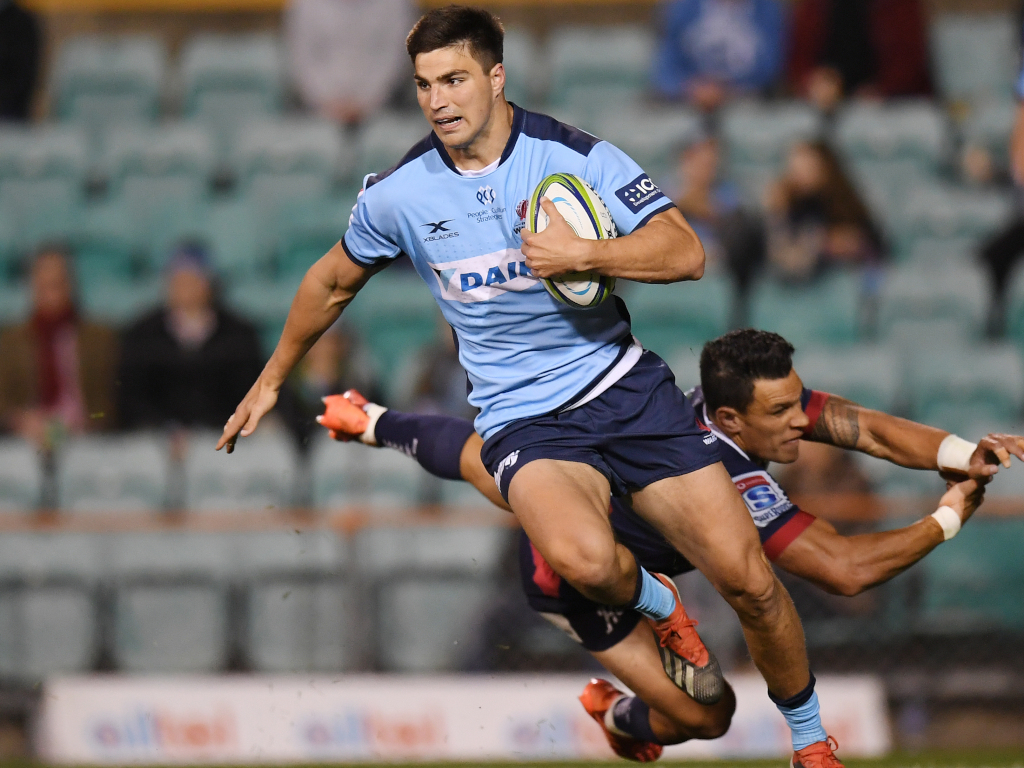 Waratahs full-back Jack Maddocks has re-signed for the 2021 Super Rugby season, penning a one-year deal with the Australian franchise.

Maddocks, who arrived in New South Wales at the beginning of 2020, will turn out for the Waratahs once again next year, having made himself at home at full-back.

It’s been a strong showing from Maddocks since the resumption of the now domestic competition, shifting into the 15 jersey after starting the year on the wing.

The Eastern Suburbs product finds himself in the top ten of a number of key stat lines, including metres carried (571m), defenders beaten (15), clean breaks (10) and tries scored (3).

Just one match shy of his 50th Super Rugby cap and with seven appearances for the Wallabies, Maddocks shapes as an important figure for Rob Penney’s side next season.

“We were excited to get Jack back here at the beginning of 2020,” NSWRU general manager of rugby Tim Rapp said.

“The reason we pushed so hard for that has been on show throughout Super Rugby AU. Jack’s found his feet in the full-back role and made some really important contributions over the last few months.

“It’s great to have Jack here next season and once we understand what things look like post-COVID we can begin having those longer-term discussions.”

Despite having tenacity to spare, the Waratahs were unable to hold off the Reds in their first #SuperRugbyAU clash. A massive silver lining for the ‘Tahs is their fullback, Jack Maddocks. A spectacular try and 139 metres carried makes him our player of the match. pic.twitter.com/uu4bzdCoKk

Waratahs head coach Rob Penney added: “It takes a pretty special talent to step into the void that a player like Kurtley [Beale] leaves so seamlessly.

“We knew the ability he possessed and we’d seen glimpses of that since he arrived, but Jack’s certainly come into his own since the COVID break.

“He’s a young man who is wholly invested in becoming the best player he can be, he’s meticulous with his preparation and is emerging as a leader within this group of young men.”

Maddocks said the return north to continue his Super Rugby career had been an enjoyable one.

“You look at the potential within this group and the way we’ve improved over the course of the year – there’s a lot to be excited about,” Maddocks said.

“I’m relishing the new role at the back and the type of footy that we’re playing under Rob, it’s been beneficial for my game and I’m looking forward to building on that next season.

“It’s just great to be home, I feel being here [at the Waratahs] has brought the best out of me on and off the field – I’m just looking forward to building on the progress we’ve made as a group.”