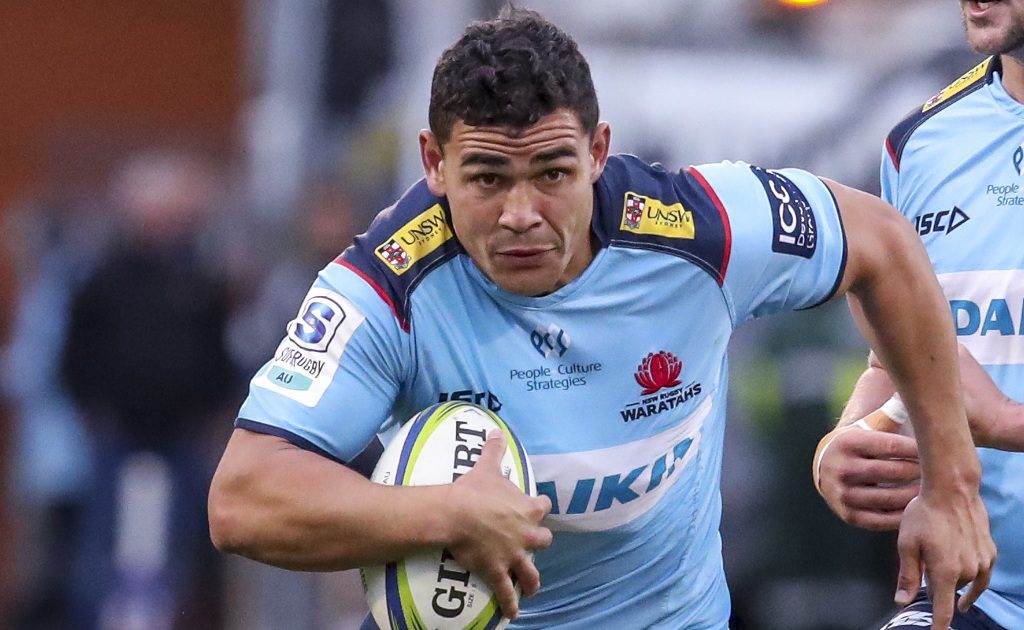 After receiving a call-up to Australia’s squad for the third time, centre Izaia Perese’s mind was quick to reflect on the emotional journey he has been on since his arrival on the scene.

Nearly five years since being brought on the end-of-year tour as an ‘apprentice’, the 24-year-old was preparing for a remarkable Wallabies return, knowing nearly 12 months ago he was at rock bottom.

Ready to take his chance

“I’ve thought about it the last week or so and had a chat with mum about it, it’s quite funny how I’m back here now, it’s all meant to be. Union’s my game, they gave me a second chance. This time around I won’t take it for granted,” he told Rugby Australia’s official website on Wednesday.

“I’m going to enjoy it more off the field with getting to know the boys, not being as quiet because before I was quite young, I was pretty uptight about making the team.

“The journey I’ve been through, going to France and a lot of other things in the past, it’s at the point where I am now, it’s made me appreciate my mates, everything I have.”

That process of appreciation came with plenty of hurdles for the centre, who was a standout throughout his rapid rise through the pathways to the Reds.

Having twice been called into the national set up by then-coach Michael Cheika without a cap, Perese made the call to switch codes at the end of 2018, released from the final year of his deal to sign with the Brisbane Broncos.

Perese would feature just twice before he was stood down and eventually leave the sport after being charged by police with drug-related offences.

Whilst the stint was mainly spent in the second-tier Queensland Cup, the process of earning his place at the bottom of the food chain helped begin the process of solving his ‘attitude problem’, even if he didn’t realise he had one to begin with.

“I think the switch to rugby league was all part of the journey I was supposed to make,” he explained.

“Going to the Broncos and getting pumped in pre-season, starting from the bottom again and spending a whole year in Q-Cup, it taught me valuable lessons that footy isn’t life. I felt like I was just watching and learning. When I first started at the Broncos, heaps of the boys were there to help and get around me, even the boys that were in the same position. They really taught me how to be mates off the field and on it whilst competing.

“I feel like the journey taught me a lot of valuable lessons and obviously I mucked up a bit in the past, it just led me back into rugby and I’m pretty grateful Australian Rugby and the Waratahs gave me a second chance.”

On his return to union, the tough times were still to come for the barnstorming centre as he signed a deal with French club Bayonne.

Removed from the comforts of home, Perese spiralled into a self-admitted state of depression, shutting himself off from the outside world.

It’s in the south of France where he hit ‘rock-bottom’, leading to his move back to the Waratahs and Australian Rugby, where he experienced a breakout 2021 campaign, culminating in his call-up to the 37-man squad.

“I’d have to say there were a few moments (where I hit rock-bottom). When I lost my contract at the Broncos but I was quick to pick myself back up, I had good people around me but I think true rock bottom was over in France when I was away from everyone,” Perese admitted.

“Yeah I could FaceTime people but it wasn’t the same so I then stopped calling people or FaceTiming and I really went into a shell. I wasn’t speaking to anyone and got hit pretty hard with depression.

“In my head, I was like ‘I just can’t do it anymore’. I called up ‘Gilly’ (Jason Gilmore) and had a good yarn with him and he got me at the ‘Tahs eventually.

“Every day I would wake up and just feel like I was sinking and it was hard to get through a day without thinking about coming home.”

As he prepared to board a plane to Japan, Perese was heading there with a more balanced approach to life and rugby, ready to pick the brains of the likes of similarly pathed Quade Cooper and James O’Connor as Wallabies teammates.

“I think the journey that I’ve been on so far has made me really realise not to be so serious off the field, switch off and find that even balance. Obviously have that switch when training and games come and prepare well but I think there’s more to life than footy,” he explained.

“I found being in France and being isolated from friends and family, different time zones and being away from my daughter, it made me crave relationships with the boys and everyone. So when I did come back, I dove deep into making some pretty close mates in Sydney which contributed to my happiness off the field.”