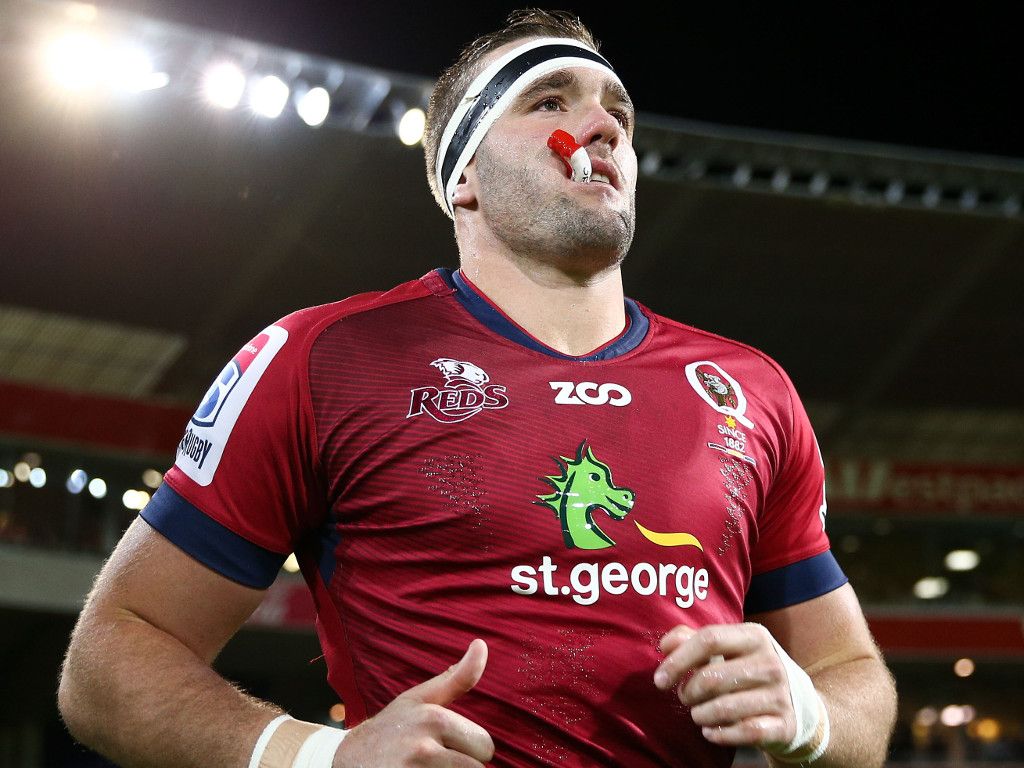 The Reds have named their team to take on the Melbourne Rebels at Suncorp Stadium this Friday, with Izack Rodda returning to the line-up.

However, they will be without Test centre Samu Kerevi, who will be out for 12-16 weeks after undergoing surgery Monday to repair a ruptured bicep.

The Reds have made four changes to the starting line-up which lost to the Blues in Auckland last week.

Rodda’s return from a shoulder complaint sees him slot into the starting second-row, with youngster Harry Hockings dropping out of the matchday 23.

Recent Wallabies debutant Caleb Timu has also been brought into the starting team at number six, after making his return to the Reds via the bench last weekend. Timu replaces Lukhan Tui, who has shifted to the bench.

In the backs, Kerevi’s injury has prompted a positional shift for impressive 18-year-old Jordan Petaia, who has moved from the wing to outside centre, with Filipo Daugunu promoted to the starting line-up on the wing.

In the reserves, utility back Teti Tela from Brisbane club Souths is in line to make his potential Queensland/Super Rugby debut. The versatile 27-year-old was an asset for Bond University Queensland Country throughout their run to the National Rugby Championship title last year, earning himself a contract with the Reds squad for the 2018 season.

Reds head coach Brad Thorn said: “It is good to have Izack Rodda back in the mix. We’ve got a lot of depth in the forward pack, which makes it pretty difficult come selection time. It’s a good problem to have. We’ve also brought Caleb Timu back into the starting side as we feel he offers a lot to our attack on the edges. It’s unfortunate for Lukhan Tui but he has a big role to play with his impact off the bench, given he can play in the loose forwards or middle row.

“It’s really disappointing to lose Samu Kerevi to injury. He has been in great form all year. We’ve had bit of an injury toll in that positon, along with Chris Feauai-Sautia, Izaia Perese and Ben Lucas, but in saying that, it’s an opportunity for Jordan Petaia. He has done a fantastic job in his first year of Super Rugby as an 18-year-old. He hasn’t been overawed with it and forced his way into the starting side. Centre is his natural position, so we’re looking forward to seeing how he goes with this opportunity.

“We have another tough challenge in front of us this week with the Rebels. We’re looking to compete hard and put in a good performance. We appreciate the opportunity to play in front of our home crowd.”