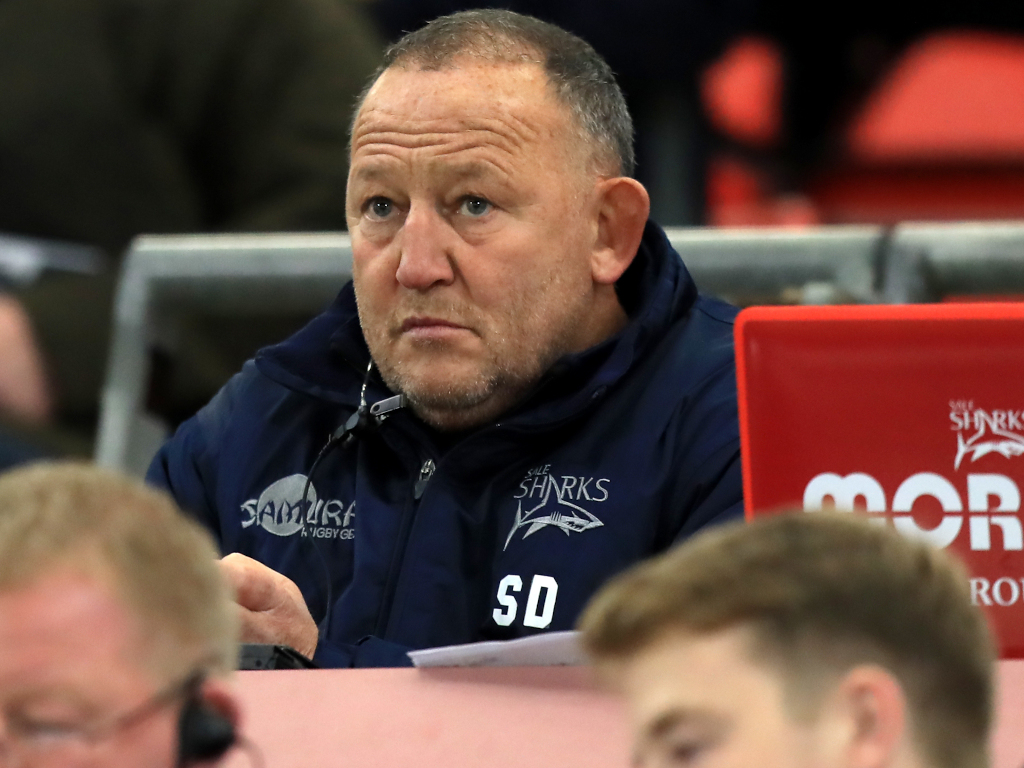 Sale Sharks boss Steve Diamond says he has “loved every minute” of a packed Premiership schedule that continues at pace on Wednesday with five games.

The play-off contenders face a sixth game in 27 days when they host Saracens at the AJ Bell Stadium.

And victory for the Sharks would guarantee they hold second place behind runaway league leaders Exeter heading into the regular season’s final three matches.

“I’ve loved every minute of it, and so have the lads,” director of rugby Diamond said.

“We haven’t done a lot of training. We have the least amount of injuries, and we don’t do any contact training.

“We’ve got four games left, three of them at home.

“If I can get selection right over the next two weeks and we get points out of every game, then we stand a chance.”

Diamond has made 11 changes to the team that beat Leicester last weekend, while Saracens head north without their England stars and Manu Vunipola is handed fly-half duties.

Elsewhere in the play-off race on Wednesday, Wasps will look to continue their recent impressive form against Ricoh Arena visitors Leicester, while Bath should encounter few problems against a Worcester side who have claimed a solitary win from the last 11 Premiership games.

Exeter tackle a much-changed Gloucester team at Sandy Park, where victory would guarantee the Chiefs a play-off spot.

Baxter said: “I say it over and over again, it doesn’t matter how you get them – whether it’s a four-point win, a five-point win, a losing bonus point – you just have to keep collecting the points.

“As I’ve said to the squad this week, we have to keep the hammer down because I could easily see a couple of teams below us winning four or five games, which in turn could potentially put them above us.

“I will admit it will be hard for us not to be in that top four, but if we lose our focus in the Premiership and we become over-focused on Europe, it could knock us out of that top two – and that’s the danger.

“The important thing for all the players is that they know there is a chance to be rewarded if they put the performances in.

“I don’t mind saying, when you look at the last two performances in particular, there are guys across the board who are creating some real selection headaches as we edge ever closer towards that European quarter-final (against Northampton on September 20).

“The lads who are playing against Gloucester are very aware that they have to play well if they want to be considered for selection against Northampton, so I am expecting another top-level performance.”