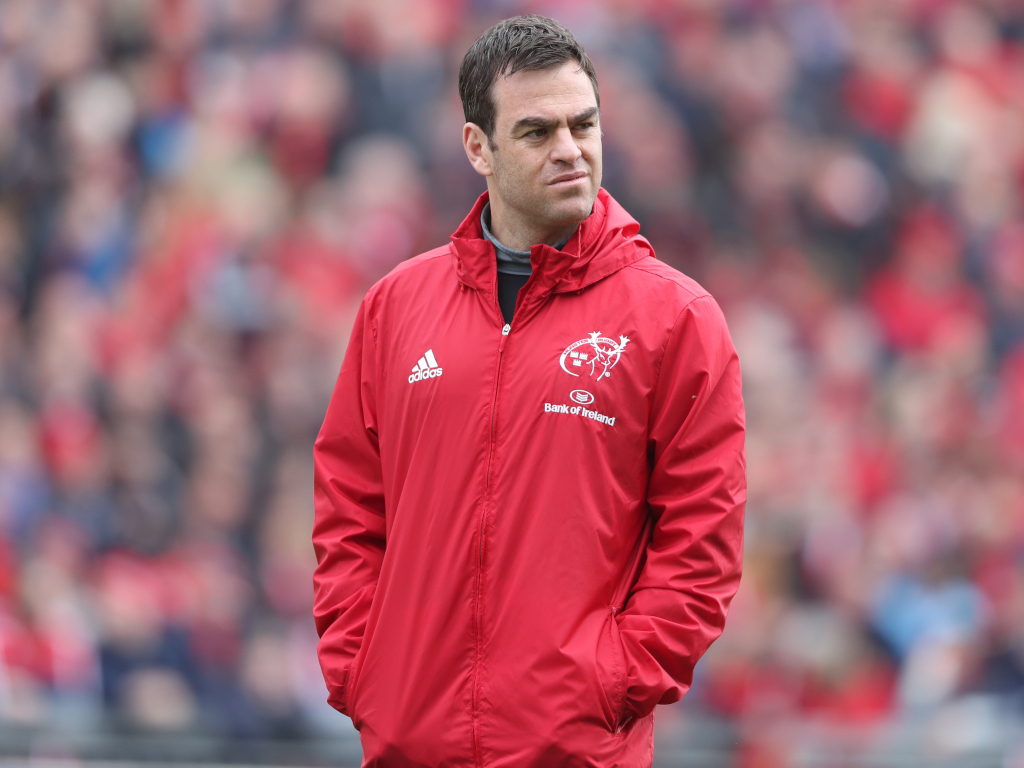 Munster head coach Johann Van Graan was left bitterly disappointed after his side suffered a 39-22 defeat to Racing 92 in Paris on Sunday.

Van Graan admitted Racing 92’s strong finish was a bitter pill to swallow as the Irish province’s Champions Cup hopes were all but ended.

Three tries in the final 10 minutes from Teddy Thomas, Virimi Vakatawa and Juan Imhoff sent Racing to the quarter-finals and left Munster almost out of the competition.

Munster will have to rely on other results going their way to finish as one of the Champions Cup’s best runners-up, but that is unlikely.

“It really hurts. It’s out of our hands now. Racing go to Saracens and have to win and we have to beat Ospreys to give ourselves a chance,” said Van Graan.

“It’s a tough one to take. We were over their try line on 60 twice, but we only got three points and they got the seven pointers.

“There was a magic moment from Thomas on 72 minutes which meant we fell behind and there were two magic tries there at the end.

“The scoreline is not reflective, but that’s rugby and you’ve got to hand it to Racing. They finished off the game really well, but I’m proud of our guys. They literally gave it all they’ve got and the last few minutes took it away from us.”

Van Graan added he had no regrets over Munster kicking a penalty rather than opting for a scrum and a possible try after they were held up over the line in the second half.

“It was a tight game and we were over the line twice before that,” he said.

“You take the opportunities which are presented to you and that penalty took us in front. We made a decision on field and it was a good one to take.”

Munster’s forwards had a brilliant first 70 minutes as they stood up to be counted physically, but they were undone by a late Racing salvo.

Van Graan’s side led 16-11 at the break thanks to Andrew Conway’s intercept try and a conversion and three penalties from JJ Hanrahan.

Thomas’ first try and the boot of Teddy Iribaren helped Racing stay in the game.

In the second half Hanrahan and Iribaren – who both ended the match with five penalties – went head to head in a kicking battle as it still looked like Munster would edge the game.

But in the 72nd minute, Thomas did brilliantly to collect Finn Russell’s chip to score, the outstanding Vakatawa raced in, and there was still time for Imhoff to complete the scoring.

It was harsh on Munster who left Paris with nothing to show for their efforts.

Racing fly-half Russell said: “It was incredibly hard out there in the first half. Our discipline let us down a little bit, but once we got into the game we built momentum.

“In the first half I felt we lacked precision when we got into their finish zone, but in the second half we managed to execute the chances we got and it was a good result in the end with a bonus point.

“Teddy is on fire. He’s hitting his peak form right now which is incredible for us as a team.”