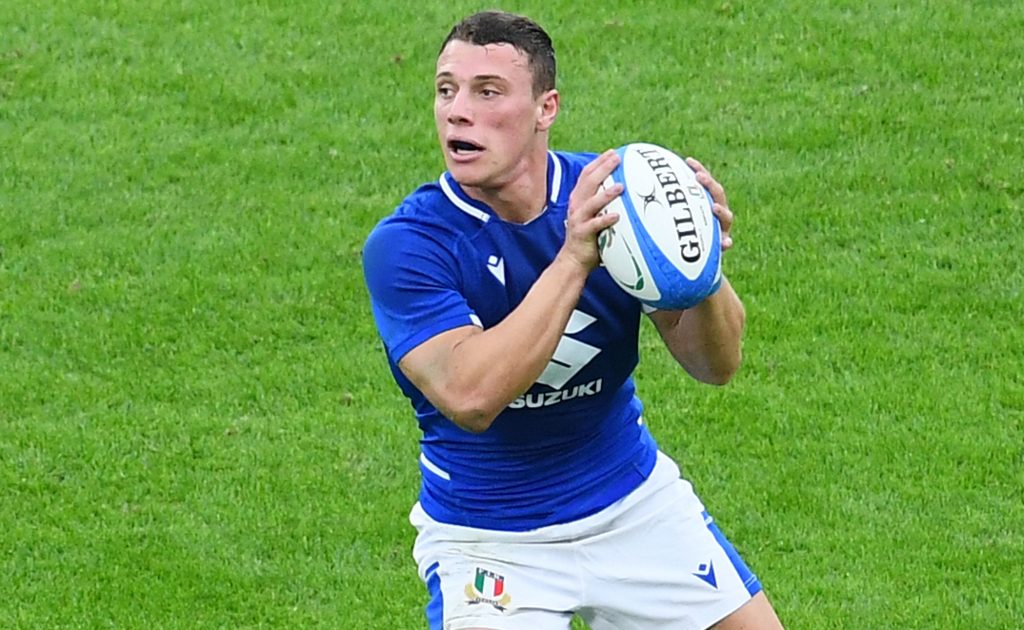 Italy got the job done but were made to work very hard for their 17-10 victory over Uruguay in their Autumn Nations Series Test in Parma on Saturday.

In a scrappy and error-ridden encounter, the home side held a slight edge throughout and in the end they outscored Uruguay by two tries to one with Pierre Bruno and Hame Faiva dotting down and their other points came courtesy of two conversions and a penalty from Paolo Garbisi.

For Uruguay, Santiago Civetta scored a try which Agustin Ormaechea converted and Federico Favaro succeeded with a penalty.

The opening exchanges were disjointed with both sides committing numerous handling errors which meant there was a stop-start nature to the game.

The Azzurri soon gained the upper hand and in the 13th minute they launched an attack deep inside Los Teros’ 22 and Garbisi did well to find Bruno with a long pass before he stepped past a defender on his way over the whitewash.

Uruguay struck back courtesy of a penalty from Favaro in the 20th minute but the rest of the half was a dour affair characterised by a plethora of unforced errors from the teams.

Italy had a bulk of the possession and territory during that period but despite upping the ante on attack, they could not breach the South Americans’ defence.

In the 35th minute, the visitors were reduced to 14 men when Tomas Inciarte was sent to the sin bin for entering a ruck illegally close to his try-line.

Despite having a numerical advantage, the Azzurri would not cross Uruguay’s try-line again before half-time but Garbisi did add another penalty which gave his side a 10-3 lead at the interval.

There was more of the same in the second half with both teams making little headway on attack and in the 46th minute Italy had a try disallowed when Luca Bigi was blown up for crawling over the try-line off the back of a maul.

Shortly afterwards, Bigi was replaced by Test debutant Faiva, who was immediately in the thick of the action when he barged over for a try after a lineout drive close to Los Teros’ try-line. It did not take long for Uruguay to respond as five minutes later Ormaechea also went over from close quarters.

The final quarter was an arm wrestle with Uruguay spending long periods in Italy’s 22 but although the hosts finished the match with 14 players – after Danilo Fischetti was yellow carded in the closing stages for foul play – they held on for the win and in doing so ended a 16-Test losing streak.