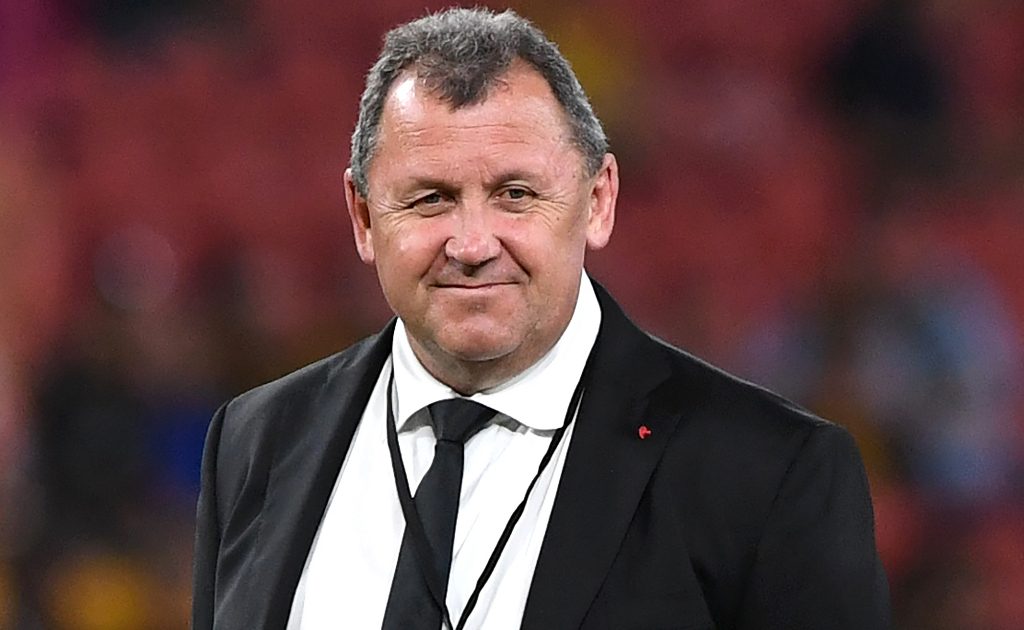 All Blacks head coach Ian Foster was delighted with his side’s improvement after they thrashed the Wallabies to retain the Bledisloe Cup.

New Zealand were disappointed with how they finished they last week as their 33-8 advantage was almost wiped out by full-time.

On Saturday they played for pretty much the whole 80 minutes, however, and came away with a dominant 57-22 triumph over the Wallabies.

It sets them up nicely for the rest of the Rugby Championship and Foster believes that they have laid down a marker.

“They probably believed that after last week, and I can see why,” he told reporters.

“We opened the door a little bit for them (last weekend) so it was important we made a statement on Saturday.”

Foster is under pressure following a mediocre 2020 by the All Blacks’ high standards but this proved to be the ideal way to answer the critics.

His initial appointment was also not greeted particularly well by New Zealand supporters and his contract is only until the end of 2021.

It means they need an improved campaign if Foster wants to retain his position but this was their second superb display against Australia during his tenure.

Last year, they defeated the Wallabies in a record win and asked whether the result on Saturday was his best result as the country’s head coach, he said: “I haven’t thought of that. Sydney last year (where they won 43-5) was pretty good.”

One downside to the triumph on Saturday was the half-empty stadium in Auckland.

The game was initially set to be played in Wellington but, due to issues surrounding Covid, it was moved to Eden Park at short notice, resulting in a sparse crowd for such a huge game.

“It shows the enormity of what it takes to stage a big Test match,” Foster said. “If you look at last week, 47,000 was a brilliant job from our organisation filling this stadium.

“To have a game thrust into the same market with 10 days’ notice just shows the complexities for professional rugby, for professional sport. I looked around the stadium today and thought, ‘wow, let’s focus on who is there’. They were very passionate.

“I looked at the Lions-Springboks series, which is an iconic series, played with empty grandstands. We are about to go to Australia and who knows what size the grandstands are going to get over there.

“I’d love to sell out every ground, but we’ve got to face the fact we’re in interesting times. The whole concept of planning your time is probably a little bit different – people have shorter turnarounds.

“It’s kind of not my problem, but I wouldn’t be judging it that harshly. The times are pretty tough for a lot of people, and probably two games in this market … that’s the way it had to be.”